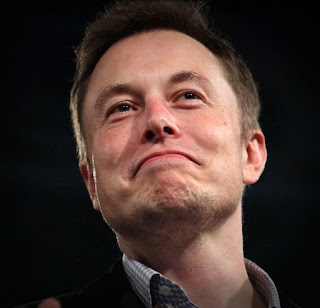 I will be blunt.  Elon Musk is ruining Twitter, and I'm not the only one who thinks so. I n a Twiiter poll, Musk put his future as CEO of the company on the line.  He asked Twitter users if he should step down and vowed to "abide by the results."  Well, the results are in and 57.6% of the more than 17.5 million voters said they wanted Musk to go. That's a sizeable number, almost 60%.

The people have spoken and now we will see whether Elon Musk is a man of his word.  He should demonstrate that he has integrity by keeping his promise.  Although I am obviously not a fan of the billionaire business mogul, I will happily give him credit if he abides by his promise.  As Musk himself said after the results of a Twitter poll reversed Donald Trump's ban from Twitter, "Vox Populi, Vox Dei." (Latin for "The voice of the people is the voice of God."  We will soon find out if Musk really meant those words, or will he adhere to a double standard when he himself is involved?

We have witnessed the decline of Twitter since Elon Musk took the helm of the social media site,  It has been infused with Trumpism and censorship of legitimate journalists for being critical of Musk. In fact, I have been receiving many tweets in my email that I am definitely not interested in.  They include videos of fights.

Elon Musk, it's time to listen to your own words and give up being CEO of Twitter.