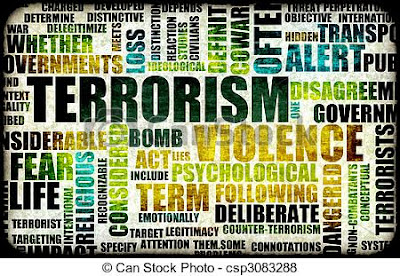 When I heard the news about the Bastille Day attack in Nice, France.  I felt like screaming "NOT AGAIN!  OH NO, NOT AGAIN!  A truck rammed into a crowd of revellers celebrating France's national holiday on the city's famed Promenade des Anglais Blvd.  At least 84 innocent people were killed in the attack.and hundreds were injured.  Police fatally shot the driver of the truck, 31-year-old  Mohamed Bouhlel, a Nice resident,   Bouhlel, a delivery driver and small-time criminal, was originally from Tunisia (He could just have easily been French-born), and has never been the subject of a terrorist investigation.  As of this writing, the motivation for the attack is unclear and it has not yet been determined if the attacker acted alone or in conjunction with a terrorist organization.

2016 has been a tumultuous year so far and there appears to be no abating.  It feels as if this is the summer of our discontent. The world news is dominated by stories of terrorism, racial unrest and an unsettling presidential campaign in the United States. The Republican convention begins on July 18th.  It is being held in Cleveland, Ohio.  The presumptive Republican nominee for president is a bombastic real estate billionaire by the name of Donald Trump.  Trump is a polarizing figure and he is also very dangerous.  Nothing I can say, however, will do much to change the minds of his most ardent supporters.  Despite his tycoon status and his luxurious lifestyle, "The Donald" is considered "one of us," not one of the "Washington elite."  Many older, blue collar white males have found a champion in the blustery New York tycoon.  He expresses their fears and their misconceptions. What he says may be racist, misogynistic and patently untrue, but he speaks their language.  They perceive themselves as being oppressed and marginalized. They feel their concerns are not being addressed. They anger needs an outlet. so they blame immigrants, women, blacks, Latinos and Muslims for their predicament.

Immigrants can't win with Trump supporters.  If they are gainfully employed, they are accused of taking jobs away from "real Americans."  If they don't have a job, they are described as lazy welfare bums.  Trump advocates don't blame the real culprits. They don't blame Wall Street moguls who caused a painful, debilitating recession in 2008. They don't blame American financial institutions.

This is not to say that the alienation and frustration of a significant number of Americans should be cavalierly dismissed.  Yes, of course their concerns and fears should be properly addressed. However, Donald Trump's solutions are faulty and divisive.  What Mr. Trump fails to understand is that true leadership is all about building bridges, not walls.

Donald Trump is a master of playing to the fears of his constituency, especially to their legitimate fear of terrorism.  His followers are of the mistaken belief that Trump will make America safer, that he will protect them from terrorists. Nothing can be further from the truth.  In fact, Trump is the terrorists' presidential candidate of choice. Extremists hope that he will win the election because he intends to build walls (literally and figuratively).  Trump's policies will convince young Muslims (native-born or immigrant) that they are not welcome in the United States.  Terrorist leaders will use Trump's rhetoric and his actions to recruit and radicalize Islamic youth. They will tell them that they will always be rejected by Western society and that only ISIS or Al-Qaeda will truly accept them.  They will give them a feeling of belonging, a common cause.

That is why a Trump victory in November will most certainly lead to an increase in recruits to extreme terrorist organizations.  It is these recruits who actually execute terrorist acts.  Many are disillusioned home-grown radicals.  It is they who are willing to sacrifice their lives for their cause. Extremist leaders simply provide propaganda and encouragement.  If Donald Trump ever occupies the Oval Office, terrorist leaders will have plenty of fodder for propaganda purposes.