NHL fans deserve more than a thank you 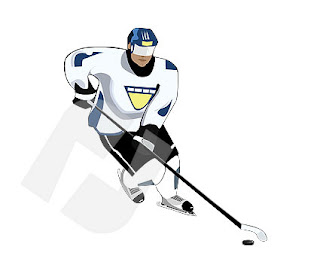 Now that the NHL lockout has ended, it's time to talk about some compensation for much-maligned hockey fans.  Remember how after the lockout of 2004-2005, a thank you to fans appeared on the ice surface of every NHL arena.  That will not be enough this time.  Much more is needed.  Damien Cox, hockey columnist for the Toronto Star, has written that the fans have been disrespected by both the league and its players.  I wholeheartedly concur with his assessment. Cox is absolutely right that the fans have been unappreciated.and treated shabbily.  It will take a great deal of time and effort to repair the damage that the lockout has done to the image of the league.

Commissioner Gary Bettman has apologized to fans for the lockout.  That's just is good enough.  If the NHL really wants to do more than just pay lip service to the fans, it is time for Bettman and his cohorts to put their money where there mouth is.  Yes, it will cost the billionaire owners some money, but they will not regret it in the long run.  Here is my modest proposal to the National Hockey League.

1. The second home game in every arena in every NHL city should be a fan appreciation day.

2.  On fan appreciation day, all ticket holders should receive 50 per cent off the price of a regular ticket.  Before the puck is dropped for the opening face-off, the captain of the home team should step in front of a microphone and express a thank you to the fans on behalf of all the players on his own team and the other teams in the NHL.

3.  At the end of the season, every every season ticket holder should receive a refund for $113.00, one dollar for each day of the 113-day lockout.

If  the NHL adopted even one of these three simple measures, some much-needed good will would be generated toward the league.  Will any of my suggestions come to pass?  I doubt it.  The owners have lost a great deal of money due to this labour dispute. Since they tend to measure everything in dollars and cents, it's highly unlikely that they would be willing to relinquish any more cash.  For the sake of the fans and the future of the NHL, I hope that the league has something more than thank yous and apologies in mind for the fans.

I am interested to know what the readers of Number 16 think of my suggestions.  I invite you to e-mail me with your opinions.