Why did Harry write a book? 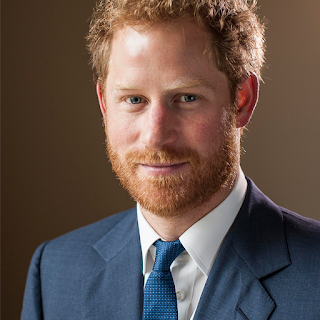 So, Prince Harry has written a tell-all book called Spare.  The book was actually ghost written by J.R. Moehringer, the pen name of John Joseph Moehringer, an American novelist and journalist.  Moehringer is an accomplished writer who won the Pulitzer Prize for newspaper feature writing in 2000.

Harry's memoir will be released  on January 10, 2023 and it will fly off the shelves.  It will certainly be a runaway bestseller, but was it really necessary for Harry to write it.  I scratch my head and wonder what prompted him to make such a move.  Was it money?  It has been reported that the book's publisher, Penguin Random House, will pay Harry $20 million upfront for his story.  The money will be donated to charity, although it is unclear whether he is donating the proceeds of the book, in addition to  the initial payment.  Still, $20 million an extremely large charitable contribution, which is  highly commendable.  It will undoubtably do a lot of  good.

Here is what puzzles me, though.  Prince Harry obviously doesn't need any money for himself.  If he truly has altruistic intentions, could he not find other outlets for raising money for charity?  Has he really chosen to write a memoir for fundraising purposes?  Somehow, I don't think so.  Maybe donating the money to charity eases his conscious about the damage his book will do to his family and to he British monarchy.

Is Harry vengeful?  Is he bitter about how he and his wife, Meaghan Markle, have been treated?  Is this his way of getting back at those whom he considers to have wronged him  and Meaghan?  Does he want the public to know that they were mistreated?

Harry is well aware that the book will put further strain on his already strained relationship with his family.  It will certainly not help improve the image of the British royal family and the U.K., which is still reeling over the Queen's recent death.  Let's face it.  The  book's publisher, Penguin Random House, is not paying all that money for a bland account of Harry's life.  They want dirt.  Some of revelations will hurt members of his family, and the public will only read Harry's side of the story.

Prince Harry certainly has grievances and it wasn't easy for him to face the death of his mother, Diana, when he was only 12 years old.  It is surprising that he has put himself in the public spotlight by appearing in an interview with Oprah Winfrey and writing a tell-all memoir.  After, all Diana was killed in a car crash while being chased by paparazzi.  I was under the impression that Harry wished to avoid the media and protect his privacy. He has expressed concern about the safety of his two children.

Yes, the British monarchy needs to shake off its stuffy colonial past.  It definitely needs to modernize.  However, in a world that desperately needs stability, The Firm should avoid appearing like just another celebrity family.  The more that its members behave like celebrities, writing books and appearing on talk shows, the more the constitutional purpose of the monarchy fades.  What next?  Royal family members on Dancing With the Stars?  A new reality show called Keeping Up With the Windsors?