Notes From a Film Lover 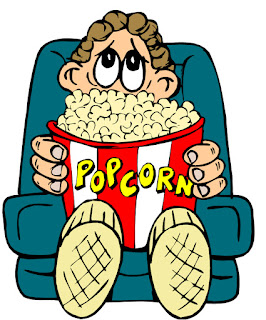 I am, and have always been, an unabashed movie fan.  The city of Toronto, where I live, is a great locale for film buffs.  Right now, the Toronto International Film Festival (TIFF) is underway.  TIFF is one of the largest publicly attended festivals on the planet.  It was founded in 1976 as "The Festival of Festivals," at time when Hollywood studios shunned North American festivals. Since then, TIFF has morphed into one of the world's greatest celebrations of film and filmmaking, attracting movie fans and film stars from around the globe.

Toronto is a wonderful place for documentary lovers too and it is home to the Rogers Hot Doc Cienema.  The Hot Doc Festival takes place in late April and early May at various theatres in the city, including, of course, the Rogers Hot Doc.

Often times, I lament the demise of the traditional movie theatres in my hometown.  To me, the majestic old theatres were the best.  However, the days of beautiful decor and grand balconies are long gone.  Very few have survived in Toronto and some have been turned into "Pottery Barns" and pharmacies ("Shoppers Drug Mart").  It pains me to think what has happened to those magnificent cinemas but there is no going back.

For years, theatre companies, especial Cineplex/Odeon, have been showing multiple films at once because they want to make as much profit as possible.  Cineplex is much too corporate for my taste. I resent having to sit through a half hour of mostly commercials before the main feature begins.  I wish I could watch a cartoon or a movie short instead.

There often isn't much choice but to view the ads, particularly on a busy Saturday night.  If you don't settle into your seats early, there may only be single seats in the front rows left by the time the "preshow" ends and the actual movie begins.

As for Cineplex's fancy VIP theatres with food and wine served to your seats, I could do without that. Popcorn is good enough for me.  I prefer to dine at a restaurant.  Unfortunately, though, the prices at Cineplex concession standards are outrageously exorbitant.  I call it highway robbery. You pay twice as much as for the same items at a convenience store.

One thing I really like about Cineplex, however, is the stadium seating.  I am small and I dread having a tall person sit in front of me at other theatres.  For taller people, there is lots of space and leg room at Cineplexes.

Anyway, in these times of Trump, climate change and  hurricanes, we are in dire need of some harmless escapism and a distraction.  So, pass the popcorn, please.  The next feature is about to begin.