A valuable tip for tree lovers 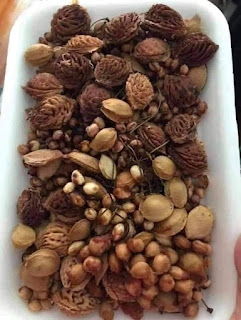 I found the following tip on Facebook and I decided to share it with Number 16 readers.  If you are a friend of the environment, this is for you.  Please pass it on if you wish.  It's great advice and I plan to follow it myself.  I hope you do too.

"When you eat fruit, don't throw seeds, dry them, put them in a bag and leave them in the car.  When you're on the road, throw them out of the window in areas where there are no trees.  Nature will take care of germination.

In Asian countries like Thailand and Malaysia, they've been practicing it for years and now they have fruit trees everywhere.

So, let's throw seeds on the earth, not in the trash."

Why I oppose anti-vaxxers 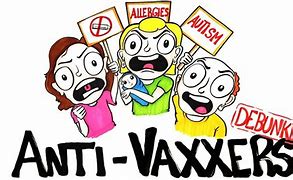 No, I don't think people should be forced to get a vaccine, as they would in some totalitarian countries.  However, they should be required to forego certain privileges if they refuse to be fully vaccinated, such as attending movies, theatrical events, indoor restaurants and sporting matches.  They should also be required to be vaccinated in certain workplaces.  For example, all teachers should be vaccinated.  If a teacher does not wish to be vaccinated, then he or she should be prepared to seek employment elsewhere. Our children should not be exposed to COVID-19 and neither should unvaccinated educators.

Here in the province of Ontario, where I live, Premier Doug Ford has not approved vaccination passports.  I strongly disagree with Ford on this matter.  The health and safety of the majority can't be jeopardized because of a vocal minority.  Our province can't afford a fourth wave of the virus.  The world can not afford allow this pandemic to linger on.  It must be eradicated as soon as possible.  Vaccinations are the only way to do it.  The longer this pandemic continues, the more people will suffer, physically and mentally.

Anti-vaxxer's will undoubtedly consider my opinion to be harsh and unreasonable.  I don't feel that way.  The longer this pandemic goes on, the more damage there will be to the well-being, health and livelihood of the majority of our citizens. The deaths and losses will continue to mount.  This can only be described as the tyranny of the minority.

Vaccinations and wearing masks are not a matter of politics.  Vaccinations and wearing masks are not a matter of health and welfare.  This is not a matter of freedom.  There can be no absolute freedom.  Your freedom does not allow you to endanger others.  Contrary to what the far-right and Donald Trump supporters believe, vaccines and masks are not a sign of weakness.  They are a sign of strength of character.  Some conservatives and American Republicans argue that the government can't tell them what to do.  However, sometimes government regulation is necessary.  There would be a lot more deaths from automobile accidents if the law didn't enforce the wearing of seatbelts.

Imagine if the anti-vaxxer movement had been around at the time of the polio epidemic in the 1950s.  So many more people would have contracted the debilitating disease.  Due to vaccinations, we have practically eliminated other diseases such as measles, mumps and smallpox.  Unfortunately, there have been some recent cases of those illnesses due to the anti-vaxxer movement. 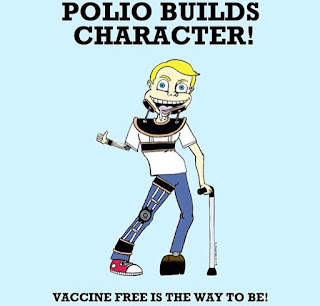 Some of the most tragic situations are occurring in states with Republican governors and senators, primarily in southern jurisdictions such as Florida.  Under the misguided leadership of Governor Ron DeSantis.  COVID cases have reached record numbers in the Sunshine State, with a seven-day average of more than 20,000 cases each day.  Yet DeSantis has stated, "Many Florida residents have suffered under forced masking policies, and it is prudent to protect the ability of parents to make decisions regarding the wearing of masks by their children."  DeSantis has also been a fierce opponent of vaccine passports.  He adamantly opposes protective measures such as allowing businesses to require customers to show proof of vaccination.

Meanwhile, President Joe Biden's approval rating has decreased due to the COVID surge.  That's right!  Biden, who reminds everyone over and over again to get vaccinated and to wear masks, is being blamed for the actions of  Republicans and Fox News.

Let's get real!  The arguments of the anti-vaxxers and right-wingers have been debunked by scientists.  It's time to start supporting measures such a s vaccine passports.  Otherwise, COVID and its deadly variants will plague us for a long time to come.  Nobody in their right mind should want that.

Posted by Joanne at 4:20 PM No comments: