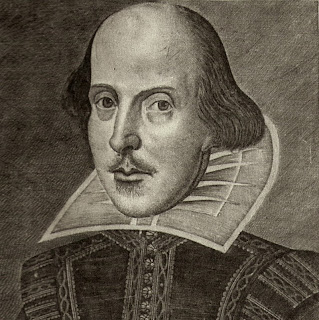 Language, we are told, is fluid, and constantly evolving - and not always for the better.  To illustrate my point, I have taken Shakespeare's famous "To Be or Not to Be" soliloquy from Hamlet and modernized it using current speech patterns.  I have also reduced the speech to 140 characters (including spaces), the limit allowed on Twitter.

So, with apologies to The Bard himself and to Sir Laurence Olivier (who must be rolling over in their graves), Number 16 presents the Twitter version of Hamlet's existential ruminations - and yes, I have carefully checked the number of characters.  The total is exactly 140.


2B or not 2B: Totally the? Nobler to suffer or die & by dying to, like, sleep 4ever. Wish to end it but fear unknown. No1 returns from dead.

You see, it can be done.  By the way, according to Encyclopaedia Britannica, Hamlet, Prince of Denmark was written about 1599 to 1601 and published in quarto edition in 1603.