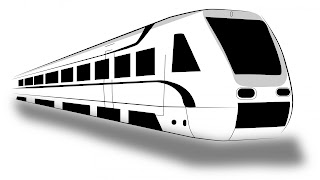 In its 2017 budget, the federal government turned its back on frequent transit riders by doing away with a 15-per-cent tax credit on transit passes.  This is a serious error and it sends the wrong message to Canadians.  Our government should be be supporting transit use, not discouraging it.  What a bonehead decision!  Does this government really want to create more traffic congestion in Canada's largest urban centres?  Does it wish to increase air pollution levels in our major cities?  Does it intend to place more financial burden on middle income and lower income people?  This doesn't make sense. It's not logical and its not reasonable.

In Toronto, where I live, the cost of a TTC Metropass is currently $146.25 per month.  Residents of Canada's largest city must pay $1,755.00.for 12 monthly passes a year.  That's a hefty sum for low income earners.  It is simply not affordable for many.  The tax rebate, introduced in 1996 (ironically by a conservative government) has been of much benefit to frequent transit users.  It means a saving of $21,94 for one pass and a saving of $263.25 annually.  Why then. has a more progressive government decided to abolish it?

The fact is that fare increases discourage people from using public transit.  The removal of the tax credit will discourage them further.  So, what is the government trying to achieve with this unexpected and unwelcome measure?  Why is it penalizing transit users when it ought to be rewarding them?

The federal government must rethink and reverse this egregious measure.  Its budget allotted money for affordable housing and child care.  Yet, it dealt a blow to frequent transit riders, particularly in Canada's two most populous cities, Toronto and Montreal, whose combined metro populations account for over 10.4 million of Canada's 36 million people.

More than 6.4 people live in the Greater Toronto Area (GTA).  Our federal government's decision will affect public transit agencies across the GTA, not just in the City of Toronto.  It's important to to remember that the large number of transit riders who reside in the region surrounding Toronto will also be ineligible for the tax rebate on the passes they purchase.

Along with the GTA, the population of Metropolitan Montreal is also expanding and has surpassed the four million mark. Monthly STM passes cost $82 dollars and weekly passes sell for $25.50, significantly less than Toronto's Metropass.  Public transit patrons in Ontario pay an inordinate amount of the cost of operating their transit services.  Now the government is taking away their much-needed tax credit.  Instead of abolishing the public transit tax rebate, it should be increasing it
to 20%.

For low income Canadians, many of whom are job seekers, the cost of a public transit pass is already unaffordable.  The federal government is making it more difficult for middle class transit users by cancelling their transit tax break.

As a Toronto resident and a strong supporter of public transportation, I am extremely disappointed in the TTC.  Its standard of service is unacceptable.  It does not deliver on two of the most important criteria of a public transportation.  The TTC is not reliable and it is not affordable.  There are constant delays and service disruptions and fares are exorbitant.  In addition, there are not enough stations with washrooms.  I am a Metropass holder and use the system quite often.  I'd like to invite some Members of Parliament, especially cabinet ministers, to join me on a ride on the TTC, the Prime Minister too.  Hey Justin, want to ride the subway with me (incognito of course)?  Then you'd catch a glimpse of how ordinary Canadians live.  I'll even show you the homeless people in the subway stairwells.  You can wait for a shuttle bus with me when service is shut down at several stations.