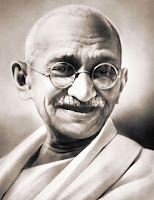 The earliest Womnen's Day observance took place in New York City on February 28, 1909.  It was called "National Women's Day" and it was organized by the Socialist Party of America at the suggestion of Theresa Malkiel 1874-1949), a Ukrainian-born American  labour activist, suffragist and educator.

March 8th became a national holiday in Soviet Russia when women gained suffrage in 1917.  It was on March 8 (February 23 old style calendar) of that year that a women's demonstration in Petrograd (St. Petersburg) sparked the Russian Revolution and led to the overthrow of the czar.  The women went on strike that day demanding an end to World War I, food shortages and czarist rule.

The celebration of March 8 was adopted by the feminist movement in 1967.  The United Nations began celebrating International Women's Day in 1977.

Strident is one of many insults deployed against a woman who seems to have forgotten her role."

From Erintothemax, "In Celebration Of The Strident Woman," May 24, 2017

It is sickening to hear women's voices derided or described as "strident."  In the United States, Hillary Clinton has had to endure such criticism about her voice and personality for years, and throughout her political career.  Male leaders never have to deal with that.  The latest example of such male chauvinism comes from the leader of my own home province of Ontario, Canada..

There are over 190 independent sovereign nations in the world.  The wealthiest and most powerful of these countries, with the exception of Germany, are led by men.  Ask the average North American to name countries headed by women and most will only be able to name Angela Merkel, chancellor of Germany. Some will be able to identify New Zealand's prime minister, Jacinda Ardern.  Both women have received plaudits for their achievements.  Markel has provided steady leadership to Germany for over 15 years, since 2005.  She was chosen Time magazine's "Person of the Year" in 2015 for her handling of the refugee crisis in Europe that year.  Ardern has been given high marks for her reaction to the 2019 mass shootings at a two mosques in Christchurch, New Zealand.  Her practical approach to the COVID-19 crisis has also been successful in allowing the country to reopen safely.

The small island nation of Iceland has a history of women leaders.  Its current prime minister is Katrin Jakobsdóttir.  She assumed office in 2017.gongel

For the first time in its history, the United States has a female vice president in Kamala Harris.  Here in Canada, all ten of our provincial premiers are men.  There has only been one female prime minister of Canada - Kim Campbell.  She only held the office from June to November of 1993 and her government was soundly defeated in the election of October 25, 1993.  Canadians are currently represented by 100 women in the 338-seat House of Commons.