America has lost its moral compass 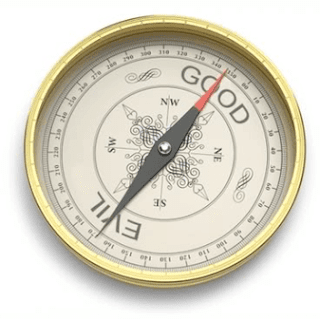 The United States has always presented itself as a beacon of hope, a place where immigrants could make a new and better life for themselves.  It has always thought of itself as a vibrant democracy.  Sadly, however, a terrible malaise has spread across the "land of the free and the home of the brave."  With the rise of the far right, aided and abetted by U.S. president Donald Trump, the Republican Party, the National Rifle Association (NRA), Fox News and billionaires such as the Koch brothers, a great nation has lost its moral compass.

There is something wrong with a country when mass school shootings have become the norm, when they routinely occur.  On the morning of May 18, 2018, I woke up to the news of yet another school shooting, this time at a high school in Santa Fe, Texas.


"No other developed nation comes close to the rate of US gun violence. Americans own an estimated 265m guns, more than one gun for every adult.


Data from the Gun Violence Archive reveals there is a mass shooting – defined as four or more people shot in one incident, not including the shooter – nine out of every 10 days on average"
- The Guardian

There is something wrong with a country when its president condones torture. The U.S. Senate has conformed Gina Haspel as the first female head of the C.I.A.  The trouble is that Haspel was in charge of a C.I.A. black site in Thailand in 2002 where detainees were subjected to interrogation tactics that critics have described as torture.  She also drafted the cable that was sent to destroy several .interrogation tapes in 2005.  Isn't it wonderful that woman who has been linked to waterboarding and the cover-up of torture?

Isn't it great that Donald Trump, the President of the United States has endorsed waterboarding, He told the BBC that it "absolutely works" and that he wants wants to "fight fire with fire."  The Merriam-Webster dictionary has defined waterboarding as "an interrogation technique in which water is forced into a detainee's mouth and nose so as to induce the sensation of "drowning" - in other words, a method of torture.  Let's not mince words.  Let's call it what it is.

There is something wrong with a country whose president has called the media "the enemy of the people."  Sadly, too many Americans agree with his assessment. The United States is a country that has always cherished freedom of the press and freedom of speech, as enshrined in the First Amendment to its Constitution. In Trump's America, many people strongly defend the Second Amendment and the so-called right to bear arms.  Why don't as many voices speak up in support
of the media and the First Amendment?

The United States' ranking dropped from 43 to 45 out of 180 countries in the Reporters Without Borders' (RSF) 2018 World Press Freedom Index, continuing its downward trend since Donald Trump assumed office..

There is something wrong with a country when its right-wing evangelicals support a president whose polices and actions violate the basic tenets of Christianity. Yet, right-wing evangelical Christians form a large part of Trump's base.  Although well-versed in Scripture, these evangelicals, including Vice President Mike Pence, support a man whose words and values are contrary to the words and values of Jesus, who taught humility, charity and brotherly love as set out in the Sermon on the Mount and in parables such as The Good Samaritan.  Trump preaches.the polar opposite.  He denigrates immigrants, refugees, Muslims, Mexicans, Blacks, the poor and marginalized.

There is something wrong with a country when so many people believe outright lies and are unable to distinguish between truth and falsehood.  Americans have been brought up on the legend of George Washington, the country's first president.  At an early age, children are told the story about how Washington admitted to chopping down a cherry tree because he could not tell a lie.  That's how much truth has always mattered to Americans.  It is said of the first American president that he could not tell a lie.  Meanwhile, the current president cannot tell the truth.  Fact checkers such as journalist Daniel Dale, the Toronto Star's correspondent in Washington, have relentlessly uncovered Trump's exaggerations, inaccuracies and outright lies.

There is something wrong with a country when many citizens, including a large number of females, cast their vote for a man who bragged on tape about groping women.  There was no misunderstanding Donald Trump's words.  His words were captured on videotape. His vulgar bragging was revealed prior to the 2016 election.  Yet, he still won the presidency due to the result of the electoral college vote.

There is something wrong with a country when the president's budget allows tax breaks for billionaires and crumbs for lower income Americans.  The amount of poverty in the United States is staggering.  The gap between the haves and have-nots is growing wider every day.  Here are the cold, hard facts, based on statistics provided b the United States Census Bureau:

So, what does the Trump administration do?  It passes a budget that hits poor Americans the hardest, cutting out food stamps, formally known as Supplemental Nutrition Assistance Program.  It claims that it will make up the difference with a box of canned goods, a change that Office Manager and Budget director Mick Mulvaney describes as a "Blue Apron-type program."  However, according to The Washington Post, critics have charged the Trump administration of "drawing an unfair comparison between the food stamp program, which delivers an average of $1.37 per meal to American's poorest, and a high-end meal kit that runs $10 per serving."

The Trump administration has also implemented sweeping cuts to popular safety net programs such as federal housing subsidies and Medicaid.

There is something wrong with a country that is so out of step with the rest of the world.  The United States has pulled out of the Paris accord on climate change.  It is completely out of sync with the rest of the world on climate change.  French President Emmanuel Macron has urged Trump to allow the United States to rejoin the Paris accord, but he stubbornly refuses.  He prefers to remove environmental protections and he regards climate change as a hoax.

Instead of trying to improve the Iran nuclear deal, as Macron and other leaders have urged him to do, the U.S. president has reneged on the agreement.  It is an imperfect deal, but it has worked and could be improved.  Donald Trump will not listen to reason and he continues to isolate the United States from the rest of the world and its leaders, including allies such Macron, Angela Merkel of Germany and Canada's Justin Trudeau.

The world desperately needs the United States to get back on track, to find its moral compass.  That probably won't happen unless the Democrats take back at least one of the Houses of Congress in November.  Too many Republicans put part ahead of country.  For shame!