How much do you know about people, things and events associated with the great feast of Easter. Test your knowledge by completing the 11-question quiz below.  Good luck. 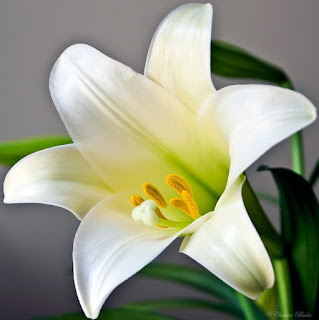 1.  What date does Easter Sunday fall on in Western Christianity?

A.  Easter falls on the same day every year.

B.  Easter falls on the second Sunday of April.

D.  Easter falls on the first Sunday after the first full moon on or after March 21st, and no later than April 25th.

2.  Where is Easter Island?

B.  Mozambique in Southeast Africa

3.  According to the Gospel of Matthew, Judas Iscariot betrayed Jesus for what price?

E.  A gold ring and a piece of land

4.  What prisoner was released instead of Jesus?

A.  Fred Astaire and Ginger Rogers

B.  Fred Astaire and Judy Garland

6.  Who wrote the song Easter Parade?

7. According to the Gospels of the New Testament, which one of the twelve Apostles denied Jesus three times?

8.  What was the name of the hill where Jesus was crucified?

A.   A special pastry roll that is traditionally eaten on Good Friday.  It has little crosses etched into it.

B.   A thick pretzel in the shape of a cross that is eaten during Lent.

D.  The term is used in a riddle.  The answer to the riddle is "an angry Easter bunny."

10.  What is the name of the Charlie Brown Easter television special?

B.  It's the Easter Beagle, Charlie Brown

11.  Who wrote the Easter hymn "Christ the Lord is Risen Today."

Easter is celebrated on the first Sunday after the first full moon occurring on or after the vernal equinox (March 21st.)  Easter is delayed by one week if the full moon is on Sunday, which lessens the chances of it falling on the same day as the Jewish Passover.  According to the Bible, Jesus’ death and resurrection occurred around the time of the Passover festival, which was celebrated on the first full moon following the vernal equinox.

Easter Island is a remote island in the Southeastern Pacific Ocean.  It is a territory of Chile and is inhabited by a population of 5,800 (2012 Chilean Census), The 2016 projected population was 6,600).  It was named Easter Island by Dutch explorer Jacob Roggeveen.  Roggeveen landed there on Easter Sunday, April 5, 1722

The majority of Easter Island's inhabitants are descendants of the Aboriginal Rapa Nui.  The island is famous for its monumental statues, called moai. The statues were created by the early Rapa Nui people.  Easter Island is a UNESCO World Heritage Site.

According to the Gospel of Matthew, Judas accepted a bribe of 30 pieces of silver.

Then one of the twelve, whose name was Judas Iscariot, went to the chief priests and said, "What will you give me if I deliver him over to you?"  And they paid him 30 pieces of silver.  And from that moment he sought an opportunity to betray him. (Matthew 26: 14-16)


Barabbas was freed rather than Jesus.  According to the New Testament gospels (Matthew 27, Mark 15, Luke 23, John 18), it was a Jewish custom to release a prisoner at Passover time.  Given the choice of freeing Barrabbas, a convicted criminal, or Jesus, the Jerusalem mob chose to release Barrabbas.  Mark writes that Barabbas "had been guilty of murder during the rebellion."  Luke says that "Barabbas was a man who had been thrown into prison for raising a revolt in the city."  John refers to Barabbas as "a robber." 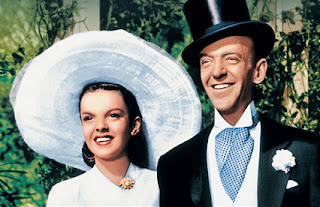 Peter denied Jesus three times.  Jesus had predicted that Peter would betray him three times before the rooster crowed.

According to the Bible, Jesus was crucified at a mount called Golgotha, just outside of Jerusalem's walls.  Golgotha is an Aramaic word meaning "the skull."  The Latin form of the word is Calvary. 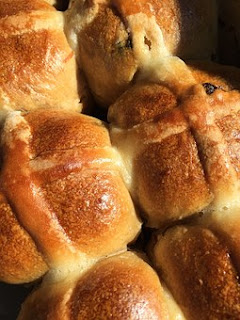 A hot cross bun is a spiced sweet buns containing dried fruit such as raisins or currants. Hot cross buns are marked with a cross on top.  In many countries, they are traditionally eaten on Good Friday. The cross. of course, represents the crucifixion of Jesus.  The spices represent the spices used to embalm Christ. 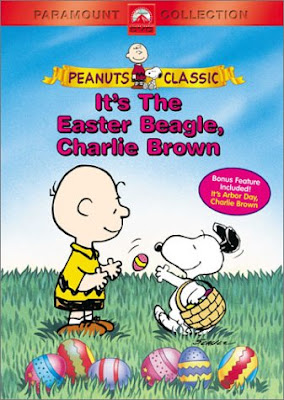 It's the Easter Beagle, Charlie Brown is a Peanuts TV special that first aired on April 9, 1974 on the CBS Network.  In the story, Linus informs the Peanuts Gang that they do not have to get ready for Easter.  He claims that the Easter Beagle will take care of everything.

Rev. Charles Wesley (1703-1791) was an English theologian and one of the leaders of the Methodist movement. Wesley was also a prolific hymn writer.  He wrote "Christ the Lord is Risen Today" in 1739, in celebration of the first service of London's first Wesleyan Chapel. This chapel was called the Foundry Meeting House,

Posted by Joanne at 1:53 PM No comments: