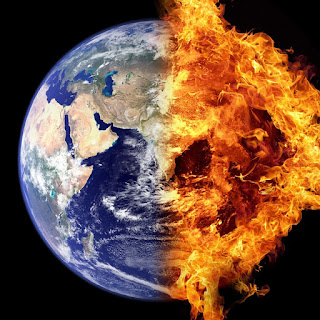 If I had to name the most serious threat to the survival of humanity, my answer would be climate change.  In second place, would be nuclear devastation.  Some people shrug and say they are sick and tired of hearing the preaching of "tree huggers."

Here is my reply:

There is no choice.  It is time to sound the alarms and they should be blaring!  We need to shout our message from the mountain tops!  Like ancient Rome, the Earth is burning and like Emperor Nero, too many our leaders are fiddling.  How can environmentalists let up when there is such a crisis?  Scientist the world over, especially Canada's Dr. David Suzuki, have been warning us of the dangers.  They are united in the same cause as religious leaders such as Pope Francis, who has pointed out clearly that climate change is a moral issue. (Who says that science and religion can't find common ground?).

At the moment, one of the most powerful leaders in the world refuses to to do anything about the environmental crisis.  The current American president and his Republican cohorts are more beholden to oil companies than to human beings.  They are  more interested in protecting the wealth of the fossil fuel industry than in protecting the health and welfare of ordinary Americans.  President Trump has pulled the United States out of the Paris climate change agreement and has encouraged the revival of dirty coal mines, despite the fact that these mines cause sickness, disease and pollution.  Of course, people need jobs.  They have to put food on the table.  However, there are alternatives to reviving a dead fossil fuel industry.  Why should American workers regress to a time when their livelihood threatened their health?

Anti-environmentalists would have youo believe that we have to make a choice between jobs and the environment.  However, it doesn't have to be an either/or proposition.  There are alternatives.  It is possible to create jobs while protecting the environment.  Employees can be retrained or work at "green jobs."  Not only than, but do we really want people to work in mines and destroy their health.

Thank goodness that Jerry Brown, the current Governor of California, recognizes the dangers of climate change and pollution and wants to do something about it.  He has leverage, too, because California boasts the world's sixth largest economy, Governor Brown wants to work with the Canadian province of Ontario, where I live.  Unfortunately, there is a clear and present problem on the horizon.  The people of Ontario are scheduled to go to the polls on June 7, 2018 and Doug Ford, leader of the Progressive (italics mine) Conservative Party of Ontario,  is poised to  become the next premier of the province.  Ford is a right-wing populist.  Like Trump, he is a climate change denier and he plans to repeal Ontario's cap-and-trade system, which imposes a limit (cap) on industrial emissions and permits companies to buy (trade) credits that allow them to exceed that limit.  By the way, this is not a tax because the price is not paid directly buy taxpayers.  If Ford's party wins the election, as expected, it will be a terrible blow to environmentalism in Canada's most populous province.

Unfortunately, right-wing populists have been making strides.  There could not be a worse time in history for the rise of right-wing climate change deniers.  We sol-called "tree huggers" must counter them before it is too late.


The Earth is what we all have in common. 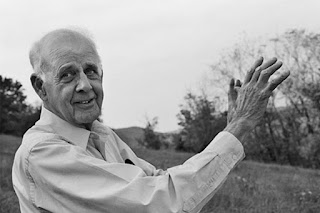 
Whatever our age, our gender, our race or ethnic background, our social and economic status, we all inhabit the same planet.  We all have a stake in the protection of the Earth.  As a farmer and environmental activist, Wndell Berry makes the case that we all have an interest in the future of our common home.


We do not inherit the Earth from our ancestors, we borrow it from our children.

There was classic public service announcement (PSA) from years ago.  It showed an Indigenous man with a tear in his eye after seeing the environmental devastation caused by litter.  That PSA was poignant and extremely effective.  It should be shown again to an new generation.  If only non-natives respected the earth like the aboriginal people, we would would have clean air and clean water.  We would be healthier and happier. 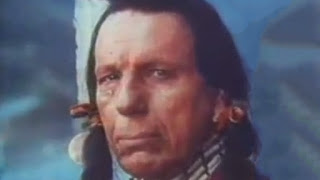 Here are two things you can for the environment on Earth Day and every day. 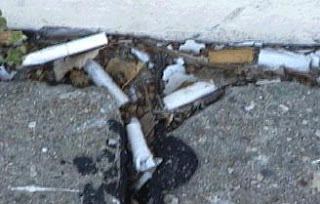 Please don't throw your cigarette butts on the ground.  Cigarette butts remain on the ground for for years, leaking toxic chemicals into the environment. According to the United States Department of Health and Human Services, cigarettes contain almost 4,000 chemicals,  About 50 of them are carcinogenic.  Here is a list of some of those chemicals: arsenic, acetone, ammonia, lead, formaldehyde etc.  Carelessly discarded cigarette butts contaminate our water supply.  They harm humans and animal life.