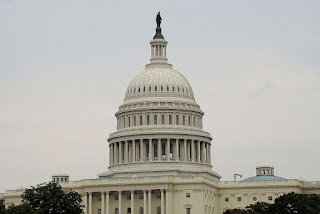 Well, I feel better after the results of the U.S. midterms.  The Red Wave did not materialize.  Yet, although Democrats had a good night, it seems likely that the Republicans will have control of the House.  If so, that means that a lot of progress will be blocked as the Republicans try to obstruct Joe Biden at every turn, rather than work with him to build a better country.  They will waste time and energy trying to impeach him and undermine his policies.

However, the good news is that the Dems have won a majority of the Senate.  They have fifty Senate seats, regardless of what happens in the runoff in Georgia on December 6th.  Still, if Raphael Warnock defeats Herschel Walker, it will give the Democrats some breathing space and free them somewhat from the influence of Joe Manchin.  It would also be gratifying to see Walker lose.

I am please that Dr. Oz lost his bid for a Pennsylvania senate seat.  It's unfortunate that Beto O'Rourke lost in Texas.  The Lone Star State has to do something about gun control.  It's a hotbed of mass shootings.  O'Rourke would have saved lives.

The results of  the midterms are heartening.  J. Michael Luttig, a retired conservative judge, described the midterm results as a "resounding victory for American democracy."  Luttig claimed that he did not view the results through a partisan lens.  "I don't think of the mid-term elections in the partisan political terms of whether the Democrats or the Republicans won or lost.'  I think of these midterm elections only in the 'constitutional' terms of whether American Democracy won or lost," he stated.  He went on to say that the American electorate decided to "dispossess those politicians who have betrayed them."

It appears that democracy still has a heart beat in the United States.  Nevertheless, right-wing extremism is not dead, and  Americans must remain vigilant if they wish to preserve their precious democracy.

Posted by Joanne at 3:56 PM No comments: