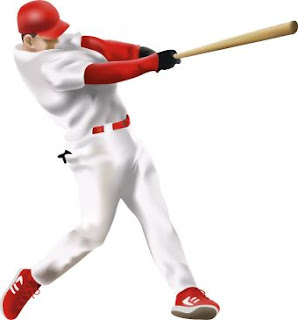 (Baseball) breaks your heart. It was designed to break your heart. It begins in the spring, when everything else begins again, and it blossoms in the summer, filling the afternoons and evenings, and then as soon as the chill rains come, it stops and leaves you to face the fall alone. 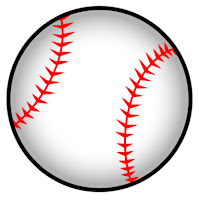 It’s April Fools’ Day, spring is in the air, and baseball is back in town.  The Toronto Blue Jays play their opening game at the former SkyDome today against the Minnesota Twins.  As a tribute to the great game of baseball, Number 16 presents some amusing and poignant quotes about this wonderful sport.

If people don’t want to come out to the ball park, nobody’s going to stop ‘em.
- Attributed to Yogi Berra


Baseball, it is said, is only a game. True. And the Grand Canyon is only a hole in Arizona. Not all holes, or games, are created equal.


When I was six, my father gave me a bright-red scorebook that opened my heart to the game of baseball. After dinner on long summer nights, he would sit beside me in our small enclosed porch to hear my account of the Brooklyn Dodger game. Night after night he taught me the odd collection of symbols, numbers and letters that enable a baseball lover to record every action of the game.


Baseball is a game, yes. It is also a business. But what it most truly is, is disguised combat. For all its gentility, its almost leisurely pace, baseball is violence under wraps.


I never realized that batting a little ball around could cause so much commotion. I now know how (Charles) Lindbergh must have felt when he returned to St. Louis.


What is life, after all, but a challenge? And what better challenge can there be than the one between the pitcher and the hitter.


In pitching we want to produce delusions, make a man misjudge.  We fool him - that's the whole purple of the game.  The ethics of the game of baseball would be violated if man did not practice to become proficient in deception.  In other words, you can't go to heaven if you don't try to fool the batter.


“TAKE ME OUT TO THE BALL GAME”


Songerwriter, singer and vaudeville performer Jack Norworth composed the lyrics for Baseball’s signature song, “Take Me Out to the Ball Game,” (music by Albert Von Tilzer) in 1908. Surprisingly, the Philadelphia-born Norworth was not a baseball fan. In fact, it wasn’t until 1940 that he even attended a Major League game. Norworth wrote the words to “Take Me Out to the Ball Game” while riding a New York City subway train. He had noticed a sign reading “Ballgame today at the Polo Grounds” and baseball lyrics came into his mind. He brought the lyrics to his friend Von Tilzer who had never been to a game either. Von Tilzer, the great Tin Pan Alley composer, wrote the melody for Norworth’s lyrics.

To listen to a 1908 recording of Take Me Out to The Ball Game sung by Edward Meeker, click on the link below.

The complete version of Take Me Out to the Ballgame is seldom heard by most people. Baseball fans are only familiar with the chorus. The complete song, however, tells the simple tale of a woman who wants her boyfriend to take her to a baseball game rather than to another popular spot.

On June 27, 1940, Jack Norworth witnessed his first baseball game when he visited Brooklyn’s Ebbets Field and the Dodgers honoured him with “Jack Norworth Day.” He first heard “Take Me Out to the Ball Game” sung at a game in 1958 at the celebration of the song’s 50th anniversary during the Dodgers’ first season at the Los Angeles Coliseum (the seventh-inning tradition dates back to 1976 when famed broadcaster Harry Caray belted out the tune for Chicago White Sox fans).

To watch a video of the late Harry Caray leading a Chicago Cubs crowd in a rendition of "Take Me Out to the Ball Game," click on the link below.

Jack Norworth spent the latter years of his life running a novelty shop in Hollywood. He died in Laguna Beach, California on September 1, 1959 at the age of 80. Although he wrote hundreds of songs in his career, including “Shine On, Harvest Moon,” he will always be remembered for “Take Me Out to the Ball Game.”

On July 16, 2008, the United States Postal Service issued a 42-cent stamp commemorating the 100th anniversary of the song. Below is a picture of the beautiful, nostalgic stamp with period typography. It depicts the first six notes of the song on a music staff. 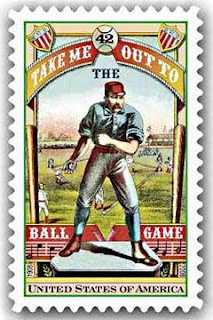 Here are a few examples of baseball jargon.

Tools of Ignorance: A catcher’s equipment

Ride the pine:  Sit on the bench

As a child, I was a fan of the New York Yankees.  At that tiime in Toronto, we were able to watch Yankee games on Saturday afternons on a Buffalo station.  I admired Yankee greats such as Babe Ruth, Joe DiMaggio, Mickey Mantle, Yogi Berra and the rest.  When the Blue Jays arrived on the Toronto scene in 1977, they stole my heart.  When the Jays won back-to-back World Series in 1992 and 1993, I was over the moon.  Sadly, they have not qaulified for post-season play since those heady days. Nevertheless, I reamin a loyal and steadfast fan. So far, I am impressed with General Manager Alex Anthopolous and the direction he has taken the team.  It's a new season, so let's play ball and let's go Toronto Blue Jays!