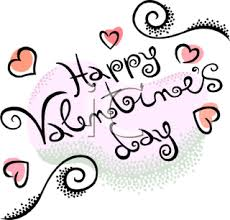 Happy Valentine's Day from Number 16.  Are you are sick and tired of all the commercialism and advertising associated with the February 14th?  Have you had enough of silly love songs? Then this is the perfect antidote for you. Take a few minutes from your busy schedule and remove yourself from the rat race for a time.  Sick back, relax and read some great quotations about love and reflect on them quietly.


Love doesn't just sit there, like a stone, it has to made, like bread; remade all the time, made new.


Love alters not with his brief hours and weeks,
But bears it out even to the edge of doom.


Be yourself.  Especially do not feign affection.  Neither be cynical about love; for in the face of all aridity and disenchantment, it is as perennial as the grass.


To say a man is fallen in love - or that he's deeply i love - or up to his ears in love, and sometimes even over head and ears in it, carries an idiomatical kind of implication, that love is a thing below a man.


Passion makes the world go round,
Love just makes it a safer place.