Meditations at Home During the Pandemic #3 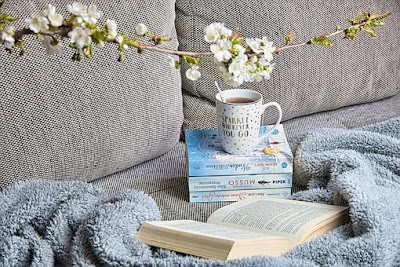 This is the third in a series of reflections while I am at home during the COVID-19 pandemic.

It's early May and we're still in lockup here in Toronto. I am getting antsy and I would really like my life to return to normal.  Unfortunately, we're not out of the woods yet here in Canada and specifically in Ontario, where I live.  As much as I would like to eat at a restaurant or get together with friends, it can't be done yet.  I definitely would not enjoy dining out if the servers were all wearing masks.  There has to be some measure of confidence that the virus has truly subsided before restrictions are lifted, and they have to be lifted in careful phases.  As has been pointed out, you can reopen a business, but you can't make people dine or shop there if they are fearful of contracting COVID-19.

I will have to continue to be patient because if we relax restrictions too soon, we will inevitably pay the price.  I truly understand that people have been laid off and they are facing unemployment.  That's where government comes in.  The lesson we can learn from this awful pandemic is that government can sometimes be the solution, especially in dire circumstances like these.  If not government, who is going to help people devastated by COVID-19?

Health care workers, especially Personal Support Workers (PSWs), have always been overworked and underpaid.  Why has it taken a pandemic for them to receive some of the appreciation and respect they so richly deserve.  They are truly putting their lives on the line for us.  Sadly, one of the reasons the virus has spread so quickly in nursing homes is that many PSWs have had to work in more than one place in order to make ends meet.  If health workers had been paid more, there would not have been such suffering and death in those homes.

As I sit here and reflect on the nightmare that has befallen the world, I am saddened by how the pandemic has been handled in the United States of America.  I can honestly say I am glad that I am in Canada.  I don't mean to be smug and condescending, but the facts and figures bear me out.  The United States' response to this crisis has been worse than anywhere in the world, as far as the number of deaths per capita.  That would not be the case if it were not for Donald Trump and some prominent Republicans.

Here are the facts  Per capita, the United States is currently seeing about twice as many confirmed cases of COVID-19 as Canada and about 30 per cent more deaths.  If you look at the per capita cases and deaths throughout the course of this pandemic outbreak, the United States has over two times as many confirmed coronavirus cases as Canada and roughly twice as many deaths.  It is also interesting to note that in mid-March, the Canadian testing rate was an estimated five times higher than its southern neighbour.

I have never hidden my disdain for Donald Trump's policies.  I really don't want to dwell on him, but there is no avoiding it.  He is the worst possible leader for America at the worst possible time.  He has completely taken over the Republican Party and he and his toadies (Hello Mike Pence, Mitch McConnell and Lindsey Graham!) are totally inept at dealing with this crisis.  They only spread confusion and misinformation.

Why wouldn't any reasonable person believe the word of Dr. Anthony Fauci, a respected American physician and immunologist over the word of Donald Trump and his sycophants?  Fauci has served as the director of the U.S. National Institute of Allergies and Infectious Diseases since 1984.  Wouldn't you say the good doctor knows a thing or too about viruses?

Trump thinks the American people should trust him more than medical experts and scientists.  The president is horribly inconsistent.  He constantly contradicts himself and lies outright.  He has more confidence in his so-called gut instinct than in the facts.  He is more concerned with the performance of the economy than with alleviating the suffering of the American people.  His reelection is his foremost consideration and he can't wait to speak to his herd of cult-like followers at his rallies again.  Has there ever been a president of the United States so lacking in empathy?

The tragedy for America is that the nation so strongly divided along partisan lines.  All fifty states seem to be on different pages and many of the governors cannot work with the Trump administration.  Trump and the Republican-controlled Senate, led by McConnell, are reluctant to give the states the resources they need to combat the pandemic.  McConnell is content to let the states go bankrupt.  Republican governors are eager to open business, the consequences be damned.  Someday historians will review America's response to this unprecedented crisis.  There will be a stunning indictment of the Trump administration's actions and its failures.  History will not look kindly on the 45th president of the United States.

Yesterday world leaders launched an international fundraising campaign for a COVID-19 vaccine.  The organizing countries of the Coronavirus Global Response fundraising efforts include Canada, the European Union, Britain, Norway, Saudi Arabia and Japan.  Sadly, Donald Trump's America, with all its wealth and technological know-how, was missing in action.  The United States did not participate in the conference because Trump has stopped funding for the World Health Organization (WHO).  Canadian Prime Minister Justin Trudeau pledge $850 million to the fund.

Here in Canada, our response to the pandemic has not been perfect.  However, the provinces and territories are trying to work together with the federal government.  Even the most right-wing conservative premiers, such as Ontario's Doug Ford and Alberta's Jason Kenney, have made an effort.  Prime Minister Trudeau has been warning over and over again that we can't let down our guard.  There is too much at stake and we don't want to squander the progress we've made.

Time passes and I wait this out, dreaming and hoping for a better day. 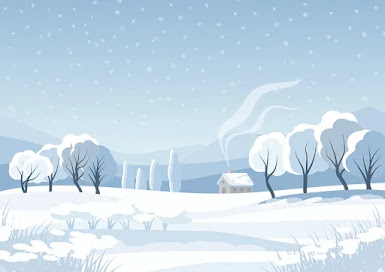