Shame on you, Republicans, for blocking Jobs Act!!!

Republican Senators should be ashamed of themselves for blocking President Barack Obama's American Jobs Act. The President has taken relentless criticism for not creating enough jobs. He has been unfairly blamed for the economic downturn while the real culprits on Wall Street get away with causing a Great Recession that caused untold suffering.

Yesterday, forty-six Republicans joined with two Democrats - Senators Ben Nelson of Nebraska and Jon Tester of Montana - to filibuster the $447 billion plan, denying efforts to begin formal debate on the legislation even though a majority of the 100-member Senate had already voted to advance the bill in a 50-49 vote  Support for the American Jobs Act, however, was well short of the 60 votes required to keep it alive.

At about 7 p.m., the vote tally was 50 to 48, giving Republicans more than the 40 votes needed to filibuster the bill. Voting remained open for another few hours to permit one more senator -- Democrat Jeanne Shaheen of New Hampshire -- to return to Washington to cast a vote in favour of the legislation. With Shaheen's vote, President Obama can at least claim a symbolic victory with a simple majority voting in favour of his legislation.  The tally had been 51-48, but Senate Majority Leader Harry Reid, D-Nevada, switched his vote to “nay” for technical reasons so that he could force a future revote.

How could Republicans (and two Democrats) do this?  How could they turn down a plan that would put people back to work and put more money in the pockets of working Americans - without adding a dollar to the deficit.  It's unconscionable.  In the state of California alone, The American Jobs Act (according to its website) would save or create 125,400 jobs, including 51,500 jobs building roads, highways, bridges and mass-transit.  It would prevent the  layoffs of California teachers, police and firefighters and it would created thousands of jobs repairing the state's dilapidated schools.

I'm a Canadian, but I'm outraged! Republicans can't have it both ways. They can't criticize Obama for his record on unemployment and then prevent him from acting on the problem by blocking his Jobs Act. It seems as if Republicans would rather have a failing economy and allow millions of jobless people to suffer provided they can blame it on Barack Obama and make him a one-term president. Their goal it to put a Republican in the White House, not to alleviate the pain and poverty of their fellow Americans. Sadly, they value partisanship above all else.

The American people support Barack Obama's job proposals.  To see what the people think, click this link and check out a September Gallup Poll.

- Joanne
Posted by Joanne at 3:28 PM No comments: Links to this post 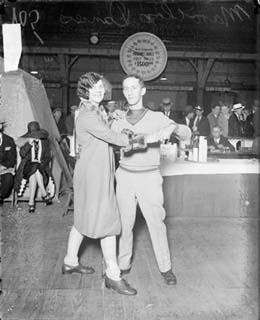 Dance marathons opened with as great a fanfare as the promoter’s press agents could muster. Each major promoter had a stable of dancers (known as horses, since they could last the distance) he could count on to carry his event. These professionals (often out-of-work vaudevillians who could sing and banter and thus provide the evening entertainment that was a feature of most marathons) traveled at the promoter’s expense and were "in" on the performative nature of the contests (including the fact that the outcomes were usually manipulated or at least loosely fixed).

Dance marathons began as a popular fad in the 1920s. They were organized endurance tests in which people competed for recognition and monetary prizes. As the Roaring Twenties turned into the bleak Depression years of the 1930s, many Americans were so desperate for money that they would participate in these marathons, often at the risk of their health and well-being. Sometimes these events would drag on for weeks and contestants would drive themselves past the brink of physical and emotional exhaustion.  Couples would dance almost non-stop for hundreds of hours, eventually stumbling around the floor in a stupor.  They often collapsed from the sheer strenuousness of the ordeal.

Medical services were provided to the contestants and physicians were available to treat injuries such as sprains and blisters.  Some dancers would be disqualified due to their physical condition.  Through it all, audiences cheered on their favourite couples.  They paid about 10 to 25 cents to watch the contestants shuffle around and sleep on their feet.

Contestants were permitted to rest about 12 minutes of every hour and they had to endure elimination events that became increasingly sadistic as the marathon dragged on.  Church and women's groups objected to these dance marathons on the basis of morality, health and safety.  Some citizens were disturbed by the hugging dancing positions of the couples as they dragged each other around the floor for many hours.  Police officers expressed concern about these events attracting criminals and unsavoury characters. 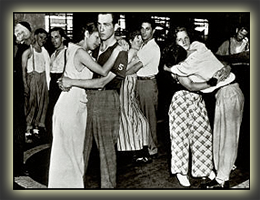 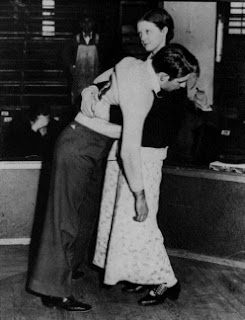 A dance marathon in Depression-era America was the subject of a 1969 film, They Shoot Horses, Don't They?. Skillfully directed by Sydney Pollack, the film starred Jane Fonda, Michael Sarazin, Suzannah York and Gig Young. Based on a 1935 novel of the same name by Horace McCoy, They Shoot Horses, Don't They? focuses on the lives of a disparate group of contestants who are determined to win the $1,500 prize.  The film garnered nine Academy Award nominations. Gig Young won the only Oscar of his career for his supporting role as Rocky, the marathon's unctuous promoter and emcee.

One of the most memorable sequences of They Shoot Horses, Don't They? is "the derby" scene which portrays a heal-and-toe race around the dance floor.  Lighthearted upbeat music is juxtaposed with the wretchedness of the event.  To watch a video of this outstanding movie sequence, click on the link below.  Note: Observe Gig Young in his Academy Award-winning role as the master of ceremonies.

My favourite episode of the television series The Waltons is titled "The Marathon." In this episode, which originally aired on November 7, 1974, John-Boy (Richard Thomas) takes part in a dance marathon. Despite the objections of his mother, Olivia (Michael Learned), he enters the week-long competition along with a girl named Daisy Garner whom he met in a book store. After a few days, John-Boy decides that he has done enough dancing and heads home to Walton's Mountain.

- Joanne
Posted by Joanne at 1:38 PM No comments: Links to this post 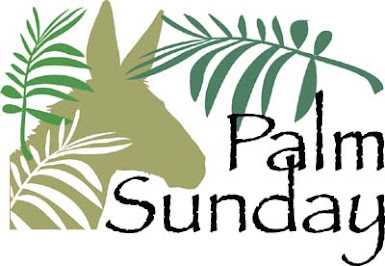