This is my first visit to Las Vegas since 1994 and there have been many changes.  Several prominent Vegas hotels had not yet been built then.  New York, New York, Paris Las Vegas and the Venetian are some examples.

Here is a photo taken in the Paris Las Vegas Hotel. 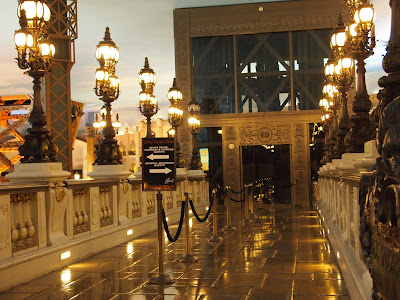 I visited the lion habitat at the MGM Grand Hotel and viewed some female lions. 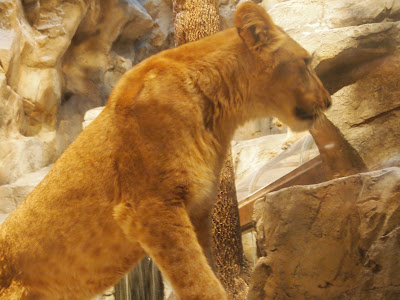 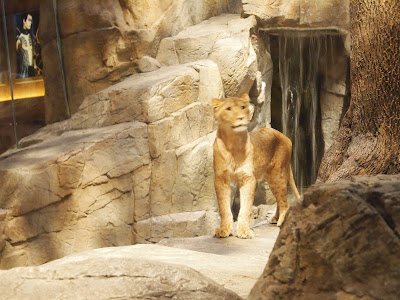 The Recession has had its effects on a city that depends on tourism.  There are no longer any $15 buffets.  For the first time, I noticed beggars and homeless people.  The unemployment rate in Nevada is 14.5% (not seasonally adjusted).

Yesterday I went to the West Rim of the Grand Canyon.  We stopped on the Arizona side of the Hoover Dam.  The Hoover Dam is a concrete arch-gravity dam  located in the Black Canyon of the Colorado River between Nevada and Arizona.  It is 724 ft. in height and it is a marvel.  I am amazed to think that it was built during the Great Depression in the desert, in the middle of nowhere.  Construction began on the project in 1931.  Most of the work was completed by the time of its formal dedication ceremony in 1935.   Below is a photo of the Hoover Dam that I took during my visit there. 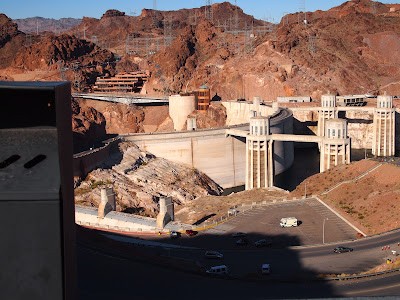 We drove through a Joshua tree forest.  According to Mormon legend, early settlers referred to the Joshua tree as the "praying tree" and declared that its branches represented the prophet Joshua raising his hands in prayer.

Here is a photo of some Joshua trees we passed on our bus ride to the Grand Canyon. 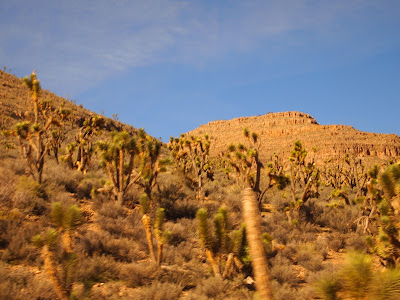 We stopped at Eagle Point and Guano Point where we visited with people of the Hualapai nation.  Here are some of them below. 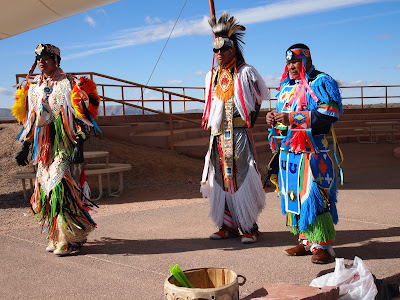 Here are some pictures of the magnificent West Rim of the Grand Canyon. 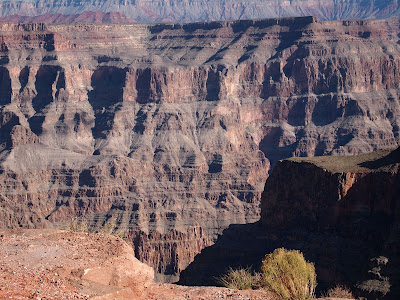 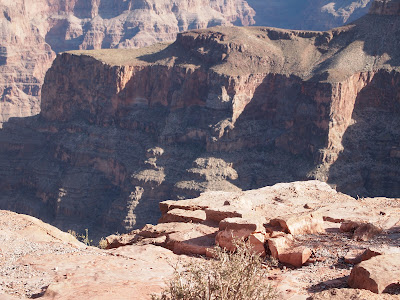 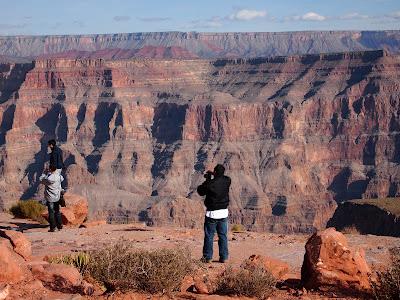 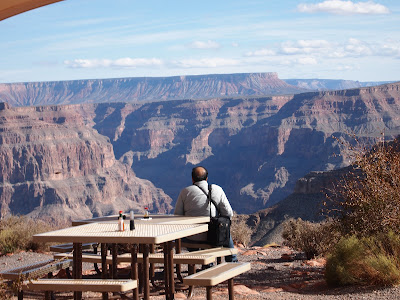 NOTE: Tomorrow is American Thanksgving and I would like to wish a Happy Thanksgiving to my American friends.  I invite you to click on the "Fiction" tab above and read a story that I wrote on Canadian Thanksgiving in October.  It's called "A Thanksgiving Tale."