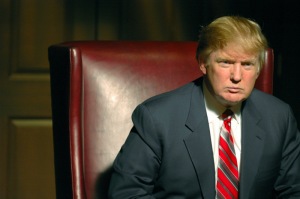 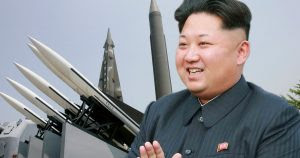 U.S. President Donald Trump and North Korean leader Kim Jong-un have been playing a dangerous game.  In truth, both men have been behaving like children fighting in a schoolyard.  They have been hurling insults at each other in the manner of pubescent adolescents.  What an ungodly spectacle!  It is truly lamentable that two such immature men should wield so much power in the world.

Kim Jong-il is only 33 years old  and he is a ruthless dictator.  Donald Trump is 71 year old and he is the purported leader of the free world.  He is the head of state of a democracy which is supposed to stand for liberty and defend human rights.  Both live a lavish lifestyle and they are both narcissists.

Kim called Trump a "dotard."  and Trump's derisive pet name for Kim is "Rocket Man"  When Kim referred to Trump as "old," the president responded sarcastically, "I'd never call him short and fat."  This repartee would be comical, if it weren't so frightening and if the stakes weren't so high.  However, we can't lose sight of the fact that there is a genuine risk of nuclear war.  For now, Trump and Kim are exchanging insults, but what if they start hurling nuclear missiles?  What if North Korea misinterprets one of Trump's loathsome midnight Twitter messages?

This is not a chess game.  These are not schoolboys at recess.  This is not some contest to prove who is more macho.  These two men have lives in their hands - human lives.  If they press a button, they can wipe out innocent human beings in seconds. Kim is a brutal,totalitarian  and he behaves like a brutal totalitarian.  Trump conduct is another matter.  Much more is expected from the leader of a country which prides itself on its democratic ideals.  The President of the United States should not demean himself and his country by stooping to the level of the dictator of North Korea.

Trump's stance has not made people feel any safer.   According to the Los Angeles Times, Hawaii is already making preparations in the event of a surprise nuclear attack by North Korea.  Television commercials will begin airing advising Hawaiians "to get inside and stay inside" in case a bomb drops.  Concerned residents and state officials are preparing warning siren to go off  on December 1st

In August, North Korea launched a missile over Japan.  According to CNN, their state media announced that "it was the first step of the military operation (of the North Korean military) in the Pacific and a meaningful prelude into containing Guam (a U.S. territory).

Some downplay Korea's nuclear threat.  After all, Kim may be nasty, but he certainly doesn't want to self-destruct or give up his hold on power.  Remember that this is a man who reportedly had his uncle executed and his half-brother killed in an airport assassination after learning of a Chinese-backed plan to remove him from power.

Donald Trump, it seems, is the wild card in this situation.  He's unstable and unpredictable.  That's what worries me.  What a tragedy it would be if the United States and North Korea stumbled into war.  I only hope that sanity prevails.