People want jobs. Unemployment is the number one issue 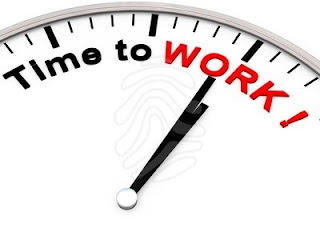 Rick Santorum, candidate for the Republican Party's nomination for president of the United States was quoted as saying that he "doesn't care what the unemployment rate is going to be."  Santorum later explained that he meant that the election was about something more basic - freedom.  For Santorum and other right-wing conservatives, freedom can be defined as less government.  Conservatives want to cut social programs and government jobs.

Severe austerity measures during times of economic slowdown, however, result in job losses and layoffs.  It's sure to create more misery.  How can you stimulate the economy by putting more people out of work?  It's simply not logical.

Here's what Santorum and other conservatives, including Canada's prime minister, Stephen Harper, don't seem to understand.  The unemployed can't wait.  They need jobs as soon as possible.  They have rent to pay and mortgages and children to feed.  How free are they if they can't pay the bills and put food on the table?  The unemployed can't afford to spend money to get the economy rolling.  People who fear losing their jobs are afraid to make new purchases.  They are reluctant to eat out at restaurants or join fitness clubs.  As a result, businesses are forced to close down and more employees lose their jobs.  This leads to slumping retail sales.more layoffs and less money in the government coffers.  It's a vicious cycle.

The unemployed cannot wait for the private sector to start hiring.  Government has to step in when necessary.  That's why U.S. President Barack Obama set forth his stimulus plan for the American economy and his American Jobs Act.  That's why Prime Minister Stephen Harper, a self-proclaimed fiscal conservative, brought forth Canada's Economic Action Plan, even though the stimulus plan went against his conservatives principles.  Government investment in infrastructure creates jobs.

in January of 2010, one year after Obama took office, the effects of the 2008 recession were being felt and the U.S. unemployment rate was quite high, about 9.7 percent.  According to the United States Bureau of Labor Statistics, the most recent unemployment rate (February 2012) is 8.3 percent.  There are 12.8 million unemployed .persons in the U.S.A.  That's unacceptably high.  Yet, under Barack Obama, the jobless rate has steadily decreased.  Obama's economic stimulus has been working.  It's a shame that the Republicans have blocked his American Jobs Act.

In Canada, the unemployment rate for February 2012 was 7.4 percent.  Canadians are being told that we must lower our expectations and that secure employment and decent pensions are things of the past.  We're being told that government spending must be reigned  in.  Yet the Conservative government has plenty of money to spend on building new prisons at a time when the crime rate is decreasing in Canada.  Don't worry, though.  Once more social and recreational programs are cut and more jobs are lost, they'll be plenty of people to fill those prisons.

The recession of 2008 was devastating.  Four years later, we're still feeling reeling from its effects.  Unemployment remains unacceptably high in North America and much of Europe.  A jobless recovery is not a real recovery.  Just ask the thousands of people seeking employment or those who can only find temporary and part-time jobs.

I grew up in the Thirties with our unemployed father.  He did not riot, he got on his bike and looked for work. 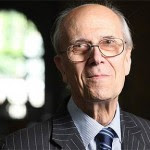 
What if the work isn't there?  What if employers are only laying off and not hiring?  Conservative politicians like Tebbit constantly urge us to be self-reliant and to pull ourselves up by our own bootstraps.  Although rioting is definitely not the solution, neither is complete individual self-reliance.  Self-reliance and individual responsibility are good qualities.  Sometimes, however, people genuinely need help.  When you are 52 years old and find yourself laid off, it's difficult to find another job, especially when employers are not hiring due to cutbacks.  It's also hard to find employment at a time when so many jobs are being lost due to technology. The private sector is cutting jobs, not creating them.  The so-called "trickle down" theory isn't working.

Prices are going up and the cost of living is continually increasing.  It' isn't easy for many families to keep up, even if family members have steady employment.  It's especially difficult for seniors on fixed incomes.  Too many people are falling behind or falling between the holes of our social safety nets.  What of our youth?  What of their future?  Who will offer them hope for steady employment and decent pensions?  Will we allow them to be the future without a future, a lost generation?

It's easy for many bankers, politicians and CEOs who live in ivory towers to ignore the concerns of the most vulnerable in our society. After all, bean counters only see numbers and statistics.  Their decisions, however, have a significant effect on human lives.  People need jobs and they need them now.  The gap between rich and poor is growing every day and the middle class is quickly disappearing.  That does not bode well for our society.