Every year at Christmas, I watch Scrooge, the 1951 classic starring Alastair Sim.  It has become a Yuletide tradition for me. I always enjoy watching Sim play Ebenezer Scrooge in this wonderful film adaptation of A Christmas Carol, the 1843 novel by Charles Dickens. I can`t find enough superlatives to describe Sim`s portrayal of the cold-hearted, greedy businessman. It is the performance of a lifetime.

The Scottish-born Sim is obviously better known in Britain than he is here in North America.  Born in Edinburgh on October 9, 1900, he had a great interest in the spoken language and served as the Fulton Lecturer in Elocution at New College, Edinburgh University from 1925 until 1930.  His first stage appearance was in a production of Othello at the Savoy Theatre in London.

A great character actor, Alastair Sim went on to star in many British films and in many stage productions. In the course of his illustrious career, he appeared in 61 films and 46 West End Productions. Comedian Ronnie Corbett, a fellow Scot, described Sim as "a sad-faced actor, with the voice of a fastidious ghoul" in his autobiography High Hopes.

Despite a lengthy and successful acting career, Alastair Sim is remembered best for his role as the miserly Scrooge. He died in London, England on August 19, 1976 at the age of 75. By the way, although there is a colour version of Scrooge, I much prefer the black and white version. It captures the mood of the film much better.


REMEMBER THIS AT CHRISTMAS

I was tidying some files in my fling cabinet when I came across a folded piece of paper with the following gem written on it. I don’t remember who gave it to me or when I obtained it, but I would like to share it with you. I hope you find it amusing.

According to the Alaska Department of Fish and Game, while both male and female reindeer grow antlers in the summer each year, male reindeer drop their antlers at the beginning of winter, usually late November to mid-December. Female reindeer retain their antlers till after they give birth in the spring.

Therefore, according to EVERY historical rendition depicting Santa’s reindeer, EVERY single one of them, from Rudolph to Blitzen, had to be a girl.

I quickly discovered that the above little blurb appears elsewhere on the Internet. Some people have actually discussed online how scientifically accurate it is. Here is a reply from About.com. Urban Legends to those who asked if all of Santa’s reindeer were female.

Well, look. If we’re really going to let science be our guide in this matter, the first thing we have to admit is that reindeer don’t fly, let alone haul a jolly fat elf around in an airborne sleigh. And if we start down that slippery slope, there’s only one conclusion we can possibly reach: Santa Claus doesn’t exist. That way lies madness.

But there’s a loophole.

It is a fact, reindeer experts say, that both the male and female of the species have antlers. It is also a fact that while most cows retain their antlers until spring, most bulls drop their antlers by early December. Which is worrisome, I know, but the key word is most.

The experts go on to explain that some younger bulls, depending upon hereditary and environmental factors, may keep their antlers well into spring – even as late as April.

Chalk one up for tradition, if just barely.

The final word is mine. I strongly suspect that the author of that reply is male. 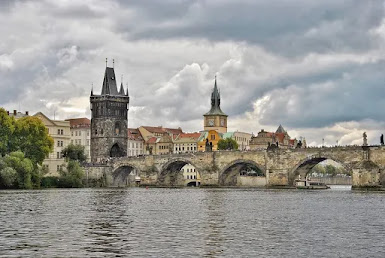