Don Cherry and the power of words 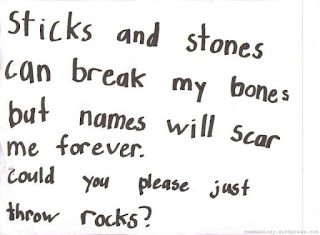 "Stick and stones may break my bones, but words will never harm me."

The above aphorism is often used in schoolyards as  a response to bullying.  One of the earliest uses of the phrase can be found in the Christian Recorder, an American periodical with a large Black readership.  Here is the citation from March, 1862: "Remember the old adage 'Sticks and stones will break my bones, but words will never harm me'.  True courage consists in doing what is right, despite the jeers and sneers of our companions."

Since childhood, I have been reminded of those proverbial "sticks and stones."  Yet the old saying has grown shopworn in the 21st century.  It has become outdated in the Age of the Internet and social media.  Not only that, but it is patently false.  Words do hurt.  They may not hurt physically, but they hurt emotionally.  They harm the human psyche.  Words may not break bones, but they certainly break hearts.  Words wield immense power.  Bruises and bones can heal, but the sting of hurtful words can last a lifetime. That's the reason why there is so much verbal bullying.

All of this brings me to the recent controversy in Canada over hockey commentator Don Cherry's firing and his remarks on "Coach's Corner."  Many Canadians have a soft spot for Donald S. Cherry.  They admire him for speaking his mind.  It's also true that the 85-year-old Cherry donates a great deal of his time and money to charitable causes.  For this, he deserves credit.  For his hurtful words, he does not.  He deserves to be fired.  Here's what he said:

"You people . . . you love our way of life, you love our milk and honey, at least you can pay a couple of bucks for a poppy or something like that."

For years, Cherry has had a large audience and a great deal of influence.  The man is as flamboyant and outspoken as his loud suits.  Although I rarely agree with him, he is perfectly entitled to speak his mind.  However, there are limits to free speech and Cherry crossed the line.  He spoke words that are untrue and very hurtful to many people.  He spoke words that sparked resentment toward immigrants and new Canadians. He came close to saying, like another Donald, south of the border, that they should go back to where they came from. 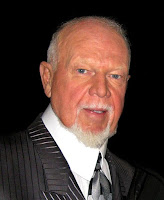 If Don Cherry wants to praise veterans, that's his prerogative.  If he wants to lament the lack of poppies on lapels, that's also his prerogative, although I did not notice that to be true.  (I saw plenty of poppies here in Toronto, where I live).  Cherry and his fans don't seem to realize that free speech cannot be absolute.  Even in a democratic society, there are limits to free speech.  Cherry crossed the line.  He was fired because he went too far.  If only he had ended his rant with his complaint about not enough poppies being sold.  Unfortunately, he did not.

Don Cherry is disingenuous when he denies that he holds bigoted views.  He regards himself as a great patriot. (I also respect veterans, but I find "Grapes" to be too jingoistic)  The issue, however, is not poppies and veterans.  The issue is not whether Don Cherry holds jingoistic views..  The truth is that Mr. Cherry is xenophobic and that he has aimed his criticism directly at immigrants and non-whites.  His devotees know exactly what he meant when he used the ugly expression "you people."  Immigrants and non-WASPS also know exactly what he meant.  How could Cherry identify "you people" except for the colour of their skin or their religious symbols?  When he talked about "you people," he wan't referring to Norwegian immigrants or Scottish immigrants.

The fact is that many non-whites have served in the Canadian military with distinction.  They shouldn't have to be insulted on national television.  Why do people like Don Cherry assume that immigrants do not have a sense of loyalty to Canada?  Why do they assume that if someone does not look Anglo-Saxon or Celtic, that he or she is not a "real Canadian" or that they couldn't have been born in Canada?  Cherry's words hurt.  As someone of non-Anglo-Saxon or Celtic background, Cherry's comments hurt me.  I am the Canadian-born granddaughter of immigrants from Italy.  I describe my self as a Canadian of Italian descent.  Although I am fiercely proud of my Italian heritage, I have never lived in Italy.  I am not fluent in the Italian language and I am not an Italian citizen.  My skin is olive and I look southern European, but I am Canadian to the core.

Don Cherry suggested that immigrants come to this land of milk and hone and don't give back in return.  He accused them of not even shelling out some money for a poppy,  He questioned their loyalty to Canada.  He was dead wrong.  I wonder if he has any idea about how much immigrants have contributed to this nation.?  Can you imagine if all the immigrants in Canada stopped working for one day or one week?   Our country could not function.  Due to his popularity and his huge following, Cherry's egregious remarks have sewn more seeds of division in Canada.

Don Cherry is an anachronism.  The world has changed and Canada has changed, but Cherry has refused to adapt to those changes.  He can't accept a multicultural Canada.  He wants to live in the past where almost everyone was white, Anglo-Saxon and Protestant, women knew their place and boys were boys.

Cherry is a polarizing figure.  Those who like him really like him.  I have heard complaints that "You can't say anything anymore" and that Prime Minister Justin Trudeau wore blackface years ago.  Here is my response: Free speech has limits.  It does not consist of hateful untruths. Don Cherry has had plenty of time to express his opinions.  He has had his say for decades on Hockey Night in Canada.  As for the PM, Justin Trudeau has been severely criticized for his lack of judgement and he apologized profusely. He has always been supportive of an inclusive Canada.

Don Cherry's time in the spotlight has come and gone.  He has a vision of a Canada that no longer exists except in small pockets in small towns.  He may have kept his job if he had apologized.  His apology wouldn't have been sincere, though, because he meant what he said.  Like that other Donald south of the border, he doesn't believe he did anything wrong.