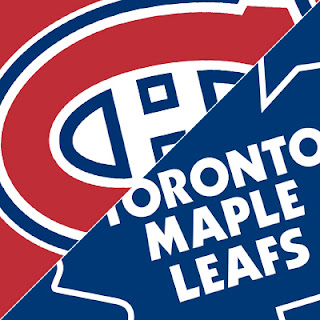 Posted by Joanne at 1:20 PM No comments:

After the rejection of Liz Cheney, a new U.S. conservative party must be formed

Last Tuesday evening, May 11, 2021, Rep. Liz Cheney of Wyoming, addressed the House of Representatives.  Her words were very powerful.  She spoke the truth loudly and clearly, but her fellow Republicans did not want to hear her.  They did not want to hear the truth.  Since he internet is so filled with conspiracy theories, lies and so much misleading information, I  decided to post excepts from her speech.  I want the truth to be heard, so here are the words of Lia Cheney:
"Today we face a threat America has never seen before.  A former president who provoked a violent attack on this capitol, in an effort to steal the election, has resumed his aggressive effort to convince Americans that the election was stolen from him.  He risks inciting further violence.  Millions of Americans have been misled by the former president.  They have heard only his words, not the truth.  As he continues to undermine our democratic process, sewing seeds of doubt about whether democracy works at all.
I am a conservative Republican, and the most conservative of conservative principles is reverence for the rule of law.
The Electoral College has voted.  More than 60 state and federal courts, including multiple judges the former president appointed, have rejected his claims of widespread fraud and found no evidence to support them.  The election is over.  That is our rule of law.  That is our constitutional process.  Those who refuse to accept the rulings of our courts are at war with our Constitution.  Our duty is clear.  Every one of us who has sworn an oath must act to prevent the unravelling of our democracy.
This is not about party.  This is not about partisanship.  This is about our duty as Americans.  Remaining silent and ignoring the lie emboldens the liar.  I will not participate in that.  I will not sit back and watch in silence, while others lead our party down a path that abandons the rule of law and joins the former president's crusade to undermine our democracy."
I certainly do not share Representative Cheney's ultra-conservative views, nor her support for most of Donald Trump's policies (from 2017 to 2021, Liz Cheney voted in line with Trump's position 92.9 % of the time).  However, I respect the Wyoming congresswoman greatly for putting country ahead of party.  I respect her for speaking the truth and for defending democracy.  I respect her for standing up to Donald Trump's bullying and defying him.  That took a great deal of courage, especially since Rep. Cheney is a woman defying the orders of a misogynists such as the former president and his legion of good old boy followers.  She remains defiant, but she has been punished by the spineless members of her own party.
On Wednesday, May 12, 2021, at a closed-door House Republican Conference meeting, Liz Cheney was formerly removed from her position as House Republican Conference chair.
Although five Republican representatives requested a recorded vote, House Minority Leader Kevin McCarthy decided to settle the matter with a voice vote.  Thus, it remains unclear which GOP lawmakers voted to oust Cheney.  The fact is that McCarthy  and company threw her under the bus to placate Donald Trump.  In order to please their boss, they demoted Liz Cheney.  What a disgrace!  What an affront to democracy, decency and the rule of law!

Farewell to the Republican Party as we have known it in the past.  The Grand Old Party is  no longer grand.  It is no longer the party of  Abraham Lincoln, Theodore Roosevelt and Dwight Eisenhower.  It is completely controlled by one man - Donald J. Trump.  With the support of "Republicans" such as Kevin McCarthy, Mitch McConnell, Jim Jordan and Lindsey Graham, Trump has solidified absolute power over the party  Its name might as well be changed to the Trump Party.  It demands absolute loyalty to the Dear Leader.  That is why Trump's  cohorts support The Big Lie that there was widespread voter fraud.

The Republican Party, as presently constituted, stands for nothing.  It has two major goals - to obtain power and to prevent President Joe Biden from achieving his agenda, even if that agenda is supported by the majority of Americans, even if it is beneficial to their country.

Although I am not a political conservative, I take no pleasure in the demise of the Republican Party.  In fact, I profoundly regret what has happened to it.  American democracy is sorely in need of a conservative movement that respects the rule of law.  More than one point of view must be set forth in a country that enshrines freedom of speech in its constitution.  That is why I fervently hope that American conservatives  form a new and more inclusive party which respects democratic principles.  It must be a party in which people of colour, immigrants and others feel welcomed and comfortable, where they feel part of the fold.  It must be a party that tries to win elections by encouraging Americans to vote, not by gerrymandering or suppressing the vote.

I am a Canadian who is concerned about the health of democracy everywhere.  The United States is my country's closest neighbour and I certainly don't want America to go down an authoritarian path.  That is why I am speaking out.  That is why I am attempting to counter the lies and misinformation on the internet and on far-right media outlets,  That is why Trumpism must be defeated, regardless of what the future brings to the former president.

Posted by Joanne at 2:24 PM No comments: 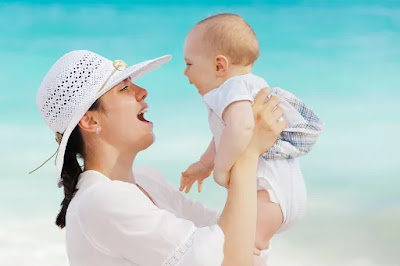 Greetings from Toronto, Canada.  It is Mother's Day here and also in the United States and other places.  Happy Mother's Day to all the mothers out there.  I am not a mother, but I am an aunt and a godmother, which means a great deal to me.

During this terrible pandemic, my thoughts and prayers are with those who are unable to see their mothers today, most likely for reasons relating to the virus.  I am fortunate enough to be able to see mine, but I want to express my solidarity with those who are not as fortunate.  There are many of us who have mothers who live in other countries.  Others have mothers who are in intensive care in hospitals.  My heart goes out to them.  I fervently hope that they will be able to hug their moms next Mother's Day.

I would also like to send my deepest condolences to those whose mothers have died from COVID-19.  This may be your fist Mother's day without your mother.  I know you are grieving because of that cruel virus.  My hope is for a better future when the scourge of COVID has finally been obliterated.  Thank you and much appreciation to all mothers for all that you have done.