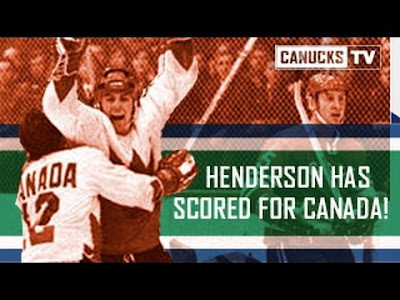 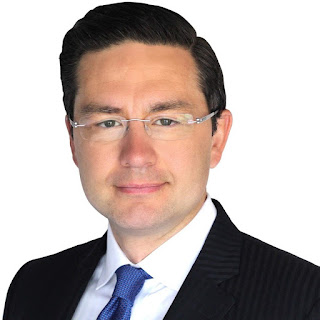 Pierre Poilievre is the new leader of the Conservative Party of Canada, the official opposition in the House of Commons.  He is the darling of the hard right in Canada and he will undoubtedly swing the country sharply in that direction if his party forms a government.  I sincerely hope that he never becomes prime minister, especially with a majority government.  Conservative media outlets, such as the National Post, think he is fantastic, although his policies would be disastrous for Canada.

The Conservative party has been drifting further and further to the right.  It has dropped the word "Progressive" from its name and it is no longer resembles the party of Robert Stanfield, Joe Clark, David Crombie or even Brian Mulroney.  With Pierre Poilievre as leader, the pace of the party's shift to right will only quicken.  It is well on its way to becoming the Republican Party of the North.

The landslide victory of Pierre Poilievre over Jean Charest has energized and united most of the Conservative Party, at least for now.  Poilievre is in a honeymoon period right now.  Who knows how long that will last.  Who knows what mistakes and blunders he will make in the future.  Still, he could very well come to power in the next federal election.  I fear for Canada if its leadership is in his hands.  I do not want my country to go in the direction of the United States under Donald Trump.

Poilievre is a populist, the kind of politician whose rhetoric resonates with people who feel frustrated and disenfranchised.  Some populists are dangerous because they appeal to the strongest of emotions.  They play on the anger and fears of their supporters.  That's what Trump did south of the border.  The key for that kind of populist is to rile the people up.  It's to fuel feelings of alienation and resentment, especially via social media.

Here is why Pierre Poilievre is so dangerous: Poilievre argues that government is too big and must be slimmed down.  He will slash and cut government spending if he becomes PM.  What will this mean for Canadians?  It will mean more misery for people with lower incomes and fewer public services.  It will mean an even greater gap between haves and have-nots.  The rich will get richer and the poor will get poorer.

Canadians are still suffering from the effects of terrible pandemic.  Medium and lower income families have, of course, struggled the most.  For over two years, their lives have been turned inside-out and upside-down by COVID-19.  Many have lost their small businesses and inflation is eating away at their income.  Still, they won't see the forest for the trees.  They will blame "out of touch elites" for the rise in the cost of living, not the impact of the pandemic with its supply-chain issues, high consumer demand and worker shortages.  They won't ask why banks and large companies seem to be doing just fine.  They won't ask why they haven't seen an increase in salary, even though prices have increased.

Nobody enjoys paying taxes and governments should not indulge in irresponsible spending.  However, taxes provide the services and quality of life we enjoy. I don't think anyone returns government cheques because they believe government is too big.  How many Canadians would voluntarily give up their health cards and old age pensions?  Did anyone return their carbon tax refund from the federal government?

This is a time when action on climate change is of great importance.  Yet, even as temperature's rise, wildfire's rage and rivers overflow, Poilievre has promised to cancel Ottawa's carbon price on consumer goods and build more pipelines.  So, how would he deal with greenhouse-gas emissions?  He hasn't said.  It doesn't seem like a priority with him.

In a September 11th article in the Toronto Star, Stephanie Levitz wrote that "Poilievre's attacks on the Bank of Canada, his tilt toward conspiracy theories around the World Economic Forum and his support of the anti-vaccine-mandate movement unsettled some centrist Conservatives."  I hope they remain unsettled.

Posted by Joanne at 5:52 PM No comments:

Okay, Number 16 readers.  Let's begin the month of September with some humour.  I am a frustrated Toronto Maple Leafs fan.  My cousin, who resides in Ottawa, is a fan of the Senators.  He sent me the following joke.  I would like to share it with you. because Leaf fans should be able to laugh at themselves and their team.
- Joanne

Two Canadians die and end up in Hell. Satan decides to pay them a visit, so he walks into their room and sees them talking and laughing. Confused, he asks them why they're happy.

They tell him, "Well, we're so sick of the cold where we're from, and this place is nice and toasty."

Satan, annoyed, storms away and goes to Hell's boiler room, where he turns up the temperature.

He goes back to the Canadians' room, along the way being begged by all sorts of people to put the heating back down. He enters the room to see the Canadians having a barbecue. Furiously, he asks them what they're doing.

"Well, we can't pass up this wonderful weather without getting out the barbecue!"

Satan realizes he's been doing the wrong thing. He goes to the boiler room and turns it down until it's at a colder temperature than ever seen on earth.

He knows he's won now, so he goes back to the Canadians' room, only to see them jumping up and down in excitement. He shouts at them in fury, "WHY ARE YOU STILL HAPPY?!?!?!"

They look at him and shout at the same time, "Hell froze over! That means the Leafs won!"

Posted by Joanne at 1:39 PM No comments: