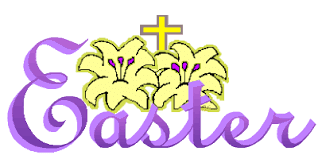 
As the ashes settle in the Notre Dame cathedral in Paris, the laborious restoration process can begin.  Rebuilding will take years, possibly more than a decade.  Yet, for a Gothic masterpiece that famously took 107 years to construct, and stood for centuries more, this may simply mark the latest evolution of a building that has been reshaped many times in its 850-year history.

Those looking for hope amid tragedy will be heartened by president Emmanuel Macron's assurance that the French will "rebuild together" and the fundraising efforts that reached $670 million of the blaze taking told.

This Easter, my mind is focused on the fire that caused so much damage to Notre Dame Cathedral in Paris, France.  I watched in horror and dismay as flames engulfed the religious, cultural and historic icon during Holy Week, just days before Good Friday and Easter Sunday.  I stared at the television in disbelief as Notre Dame's burning spire toppled over.  It seemed so surreal.  It couldn't be happening.  Yet, it was happening before my very eyes.  This holy place, this repository of priceless art, this Gothic wonder was ablaze.  Thanks to the bravery and diligence of the firefighters, Notre Dame was not completely destroyed and many of its precious artifacts were saved.  Their heroism will long be remembered.  Most important of all, though, not a single human life was lost.

Notre Dame Cathedral opened in the year 1345 and it will rise again in the heart of Paris.  It may take a while, but there is no doubt in mind that it will happen.  President Macron has vowed that this ancient edifice will be rebuilt within five years.  The people of France, with support from around the world, will see to that. Notre Dame will stand again as one of Christendom's most sacred monuments.  It will stand again as a symbol of Paris and of France.  This medieval marvel has survived World War I and the Nazi occupation of France.  It will rise from the ashes.

Having said all that, I am perturbed by the manner in which billionaires have so quickly donated millions to the rebuilding of the venerable cathedral, as if it's a means to promote their particular brand.  France's wealthiest businessman, Bernard Arnault, and his luxury goods LVMH group has pledged 200 million euros (U.S. $226 million). Meanwhile, billionaire Francois Pinault and his son have announced that they are donating 100 million euros from Artemis, the holding company that owns Christie's auction house and is the main shareholder of luxury fashion houses such as Gucci.  That's all well and good and it is certainly generous, but as Phillippe Martinez, Confédération générale du travail (CGT) trade union leader put it, "If they can give dozens of millions to rebuild Notre Dame, they should stop telling us there is no money to respond to the social emergency."

Yes, Notre Dame should be rebuilt, but why haven't these billionaires stepped up with similar donations for the needy and the homeless.  Why haven't they done more to combat climate change and eradicate disease?  This Easter, can they not use their wealth to aid the unemployed, the sick and the marginalized?  The great Victor Hugo, author of The Hunchback of Notre Dame,  would not want "les misérables" to be forgotten. 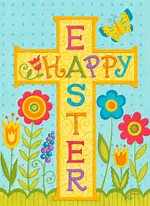 Posted by Joanne at 3:41 PM No comments: