On this day, 45 years ago, Richard Speck committed one of the most heinous crimes of the 20th century.  Late in the evening of July 13, 1966, Speck broke into a Chicago townhouse that served as a dormitory for nurses who worked at the South Chicago Community Hospital.  He brutally raped and murdered eight women - two Filipino exchange nurses and six American nursing students.  One young exhange nurse, 23-year-old Corazon Pieza "Cora" Amurao of San Luis, Batangas in the Philippines, hid under one bed after another and survived the attack.

It was Cora who had answered the knock on the door that night to a tall young man with pockmarks on his face and greasy slick-backed hair.  The first thing she noticed about him "was the strong smell of alcohol."  He was dressed in black and he pushed his way into the townhouse where the nightmare soon began.

Speck may have lost count or he may have been unaware that a ninth student nurse was sleeping over that night.  Cora remained hidden under that bed until almost 6 A.M.  She then climbed out of the bedroom window onto a ledge and screamed that her friends were all dead.  She later gave police and prosecutors an eyewitness account of the horror.  Her testimony led to the capture and imprisonment of Richard Speck.

In the early hours of July 17, 1966, Speck was taken to Cook County Hospital after attempting to commit suicide.  He was identified by Dr. Leroy Smith, a surgical resident physician who had read about the killer's "Born to Raise Hell" tattoo in the newspaper.  Police were summoned and Speck was arrested.

On April 15, 1967, Richard Speck was found guilty of eight counts of murder.  He died of a heart attack on December 5, 1991 in a hospital near the Stateville Correctional Center in Joliet, Illinois where he  had been imprisoned for 24 years.  His death came one day before his 50th birthday.

Much has been written about the sordid life of Richard Speck, but I couldn't help wondering what happened to the lone survivor of Speck's killing spree on that scorching summer night 45 years ago. Corazon Amurao is now 68 years old and has kept a low profile.  Although she can never forget the horror of that night, she has tried to live a normal life.

After the Speck terror, Corazon went home to the Philippines and worked as a nurse at Far Eastern University Hospital in Manila.  She also became a councillor in her hometown of San Luis, Batangas and married Alberto "Bert" Atienza, a Filipino lawyer and real estate broker.  The couple had two children who are now over 40 years old.  Corazon returned to the United States with her family and was employed as a nurse at Gerorgetown University Hospital in Washington, D.C.*

Below is 1969 photo of Corazon's wedding at San Luis Chapel. 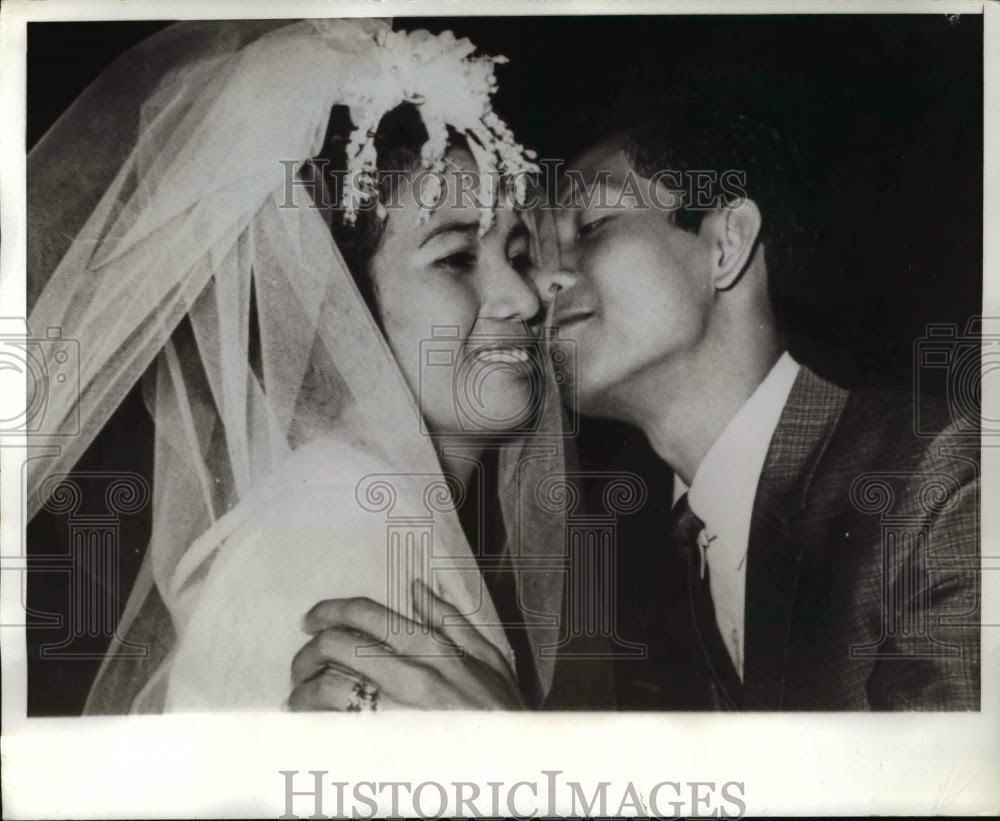 The former Cora Amurao is a woman of integrity. She has steadfastly refused to accept any personal gain from the horrific crime other than $5.000 out of the $10,000 reward money she received from the South Chicago Community Hospital for her role in solving the case.

Amurao has resisted the temptation to sell the rights to her story. She once issued the following statement:  "It is my desire to make clear that the memory of my dear colleagues is of such character that I do not want to have it tainted by the acceptance by me of money or any other personal benefit."

Five years ago, on the 40th anniversary of the murders, the Chicago Sun-Times, revisited the case.  The newspaper examined hundreds of page of court records and police documents and asked for the personal memories of those touched by the murders.  Corazon declined requests for an interview; however, Chicago Daily News reporter, M.W. Newman, described the 4 foot 10 inch woman as "a blend of steel and lace."  "Hey, without her identification, we wouldn't have nothing," remarked Jack Wallenda, the first homicide detective at the crime scene.  "She was a petite little girl, you know.  But what she went through, , it's unbelievable."

How appropriate that her given name, Corazon, means "heart of love" in Spanish!


EDITORS NOTE - September 3, 2013 - I have added some additional information to this blog posting.  Below is another photo of Corazon Amurao Atienza.  I do not have the date when it was taken. 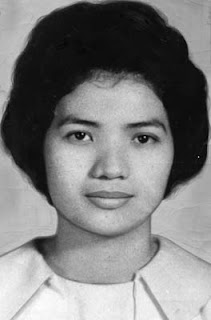 A more recent photo of Corazon appears on the blog chocoholic11  http://chocoholic11.tumblr.com. 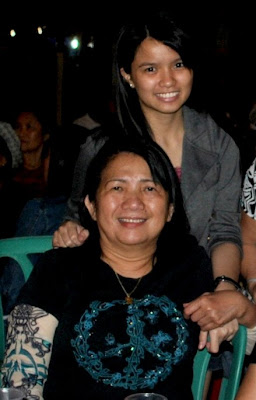 This photo appears on http://chocoholic11.tumblr.com/page/6


EDITOR'S UPDATE - May 18, 2016 - I must make a correction to my 2011 blog posting on Corazon Amurao and the Richard Speck murders.  According to accounts in the Chicago Tribune, Speck broke into the townhouse through a window.  In an April 28, 2016 article in the Tribune, Rosemary Regina Sobol writes the following: "A lanky man in dark clothes, with slicked-back hair and marks on his face, was standing there with a small black revolver in his write hand.  He had pried open the screen of a first-floor window, reached inside for the back-door handle and slipped into the house."

If you are interested in some background on the eight murdered nurses and Cora, I recommend the article by Rosemary Regina Sobol.  It is entitled "Rare photos, interviews honor memory of 8 nurses slain by Richard Speck."  Here is the link: http://www.msn.com/en-us/news/crime/rare-photos-interviews-honor-memory-of-8-nurses-slain-by-richard-speck/ar-BBsuN6q


EDITOR'S UPDATE - August 3, 2017 - Corazon has a daughter named Abigail Atienza Phillips and a son named Christian Amaruo and six grandchildren.  She is now retired after working for many years as a critical care nurse in Washington, D.C.  According to an April 25, 2016 article in the Chicago Tribune by Rosemary Regina Sobol, Abigail followed in her mother's footsteps and became a nurse practitioner.  Christian is a certified public accountant.

Corazon's current location is difficult to pin down.  She has lived in the Washington, D.C. area (Woodbridge, Virginia, Springfield Virginia, Alesandria Virginia).  She has a recent address listed in Houston, Texas.  However, according to the U.S. White Pages, she currently has a residence in Las Vegas, Nevada.  According to the Chicago Tribune article, "Corazon "became friends and learned to play penny-ante poker with the policemen and bodyguards who watched over her while she was in protective custody.  She still gets a kick out of playing poker at
casinos in Nevada with her husband."


EDITOR'S UPDATE - October 20, 2017 - Hoagy Pardo, an FM radio announcer on JAM 88.3 in Manila, a leading station in the Philippines.  He has sent me the following Facebook letter he has written to Corazon.  I would like to share it with you.

You know, I have been watching a NETFLIX TV show here on a show about the FBI and profiling killers....The one, Richard Speck, was featured in an episode and I thought of you and how they never said a word on your name, ethnicity except being a Nurse. GOOD for you.

Wherever you are, I hope you are well.  Such an experience is what movies are made of and it was TRUE.

I have lived half my life in Manila part in Sprinfield, Va. even....Then back and forth till now, 71, that's it....LOLO time.  4 here sa Filipinas and 1 in Connecticut.

I am still working, a lifetime job, as FM radio announcer at JAM 88.3 fm where I play the Blue, Rock, Jazz Soul and everything...plus ALL Pinoy at Midnight...rock, blues, jazz that is NOT played on regular channels.  Google me C. H. Pardo. My radio name is Cousin Hoagy.

You are a brave Filipina and deserve everything for LIVING and trying to move on......

I hope to meet you one day..Sincerely,
Hoagy Pardo