Some thoughts and quotes about Mother's Day

Now that the celebration of Mother's Day is over for another year, let us quietly reflect on motherhood and the concept of Mother's Day.  In Canada,, the United States, Australia, Brazil and many other countries, mother's are honoured on the second Sunday of May. The American Mother's Day holiday was first celebrated in 1908 when Anna Jarvis held a service at a church in West Virginia in memory of her beloved mother, Ann.  Jarvis delivered 500 carnations, her mother's favourite flower, to that celebration.  In 1910, Mother's Day was designated as an official holiday in the state of West Virginia.  In 1914, President Woodrow Wilson proclaimed Mother's Day an official national holiday in the United.States.

As the years passed, Anna Jarvis, became increasingly disenchanted with the commercialization of Mother's Day.  Much to her dismay, candy and greeting card companies, florists and restaurants began cashing in on the holiday. In 1923, she accused the Associated Retail Confectioners of "gouging the public."  A New York Times story reported that told them that  they were "using a beautiful idea as a means of profiteering."  She was quoted as saying, "As the founder of Mother's Day, I demand that it cease. . . Mother's Day was not intended to be a source of commercial profit."

The idealistic Jarvis never intended Mother's Day to be a "Hallmark holiday."  That was not what she had envisioned when she campaigned so vigourously for a day to pay homage to mothers. She wanted Mother's Day to be a dignified tribute to the mothers of the world, untainted by what she considered to be the crassness of commercialism.  Her intention was that mothers would be honoured simply with white carnations and notes of appreciation.  She died on November 24, 1948, bitterly opposed to her own creation.  Ironically, she never had a child of her own.


Unlike motherhood itself, the subject of Mother's Day can be a controversial.  Some, like Anne Jarvis, deplore the commercialism associated with it.  Others question whether there is a need for Mother's Day at all. They argue that we should pay tribute to mothers every single day of the year, not just on the second Sunday in May.


Some Quotations and Reflections about Mothers

My mother had a good deal of trouble with me, but I think she enjoyed it. 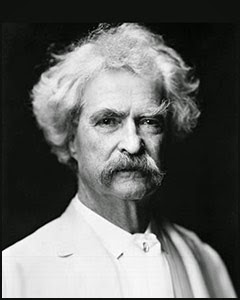 
The mother's yearning, that completest type of the life in another life which is the essence of real human love, feels the presence of the cherished child even in the debased, degraded man..


All that I am, or ever hope to be, I owe to my angel mother. 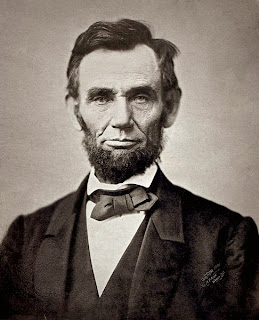 According to George Alfred Townsend, author of The Real Life of Abraham Lincoln (1867), Lincoln made his comment about his "angel mother" to his law partner, William Herndonr.  When he spoke those words, Lincoln could have been referring to his biological mother or his stepmother, perhaps even both.

Lincoln's natural mother, Nancy Hank Lincoln, died in 1818 when the future American president was only nine years old.  In his May 9, 2014 article, "The Two Mothers Who Molded Lincoln," on the History Channel website, Christopher Klein makes the following statement: "Nancy Hanks Lincoln, who gave birth to the Great Emancipator on February 12, 1809, had instilled the virtues of honesty and compassion in her son and sowed the seeds of his intellectual curiosity."

On December 2, 1819, Araham Lincoln's father, Thomas, married Sarah "Sally" Bush Johnston, a widow with children with children of her own.  Lincoln had a good relationship with his stepmother. In his book Abraham Lincoln (1952), Benjamin P. Thomas writes “The boy Abraham adored her. Recollection of his own mother dimmed. And in later years he called this woman, who filled her place so well, ‘my angel mother.’”

I will give the final word to the master of wit, Oscar Fingal O'Flahertie Wills Wilde.  Over to you, Mr. Wilde.

All women become like their mothers. That is their tragedy. No man does. That’s his. 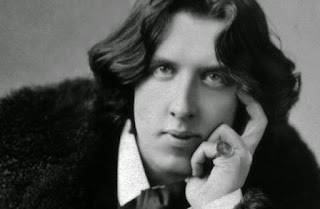 Posted by Joanne at 3:37 AM No comments: