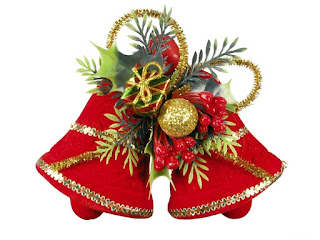 It's that time of year again and Number 16 presents a 2021 Christmas quiz.  If you think you know your facts about Christmas, put your knowledge to the test. in this 10 question challenge.  Get ready and go!  Good luck!

1,  According to the Bible, how many Wise Men or Magi from the East visited Jesus in Bethlehem?

A, There were two Wise Men from the East.

B.  There were three Wise Men from the East.

C.  There were four Wise Men from the East/

D  The Bible doesn't specify how many Wise Men there were.

E.  There were five Wise Men from the East.

2.  In the 1946 Christmas film It's A Wonderful Life, what happens every time a bell rings?

A.  George Bailey (James Stewart) awakes from his dreaming.

B.  It's a signal that George Bailey (James Stewart) has done the right thing.

C.  An angel gets his wings.

D.  It's a reminder to George Bailey (James Stewart) that he owes money to the bank.

3.  In A Christmas Carol, how many ghosts visit Ebenezer Scrooge?

4.  Which country has a tradition of a witch dropping children's gifts through the chimney at Christmas?

5.  In the 1964 animated Christmas TV special Rudolph the Red-Nosed Reindeer, featuring the voice of Burl Ives, who was Rudolph's father? 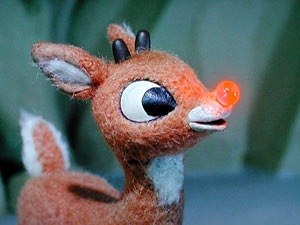 6,  According to the Book of Luke in the New Testament, why did Joseph and Mary travel to the town of Bethlehem in Judea?

A.  They fled Nazareth to get away from King Herod.

B.   They went to visit Mary's cousin, Elizabeth.

D.  An angel told Joseph to go Bethlehem in a dream.

E.  There was a census and Joseph was from the house and  lineage of David.  Since Bethlehem is "the city of David," he was required to go there.

7.  Where does Queen Elizabeth II traditionally spend the Christmas season?

A.  Buckingham Palace in London

B,  Sandringham House in Norfolk

D.  Windsor Castle at Windsor in the English county of Berkshire

8.  Name the Christmas song that has the following lyric:.

"Everyone dancing merrily in the good old-fashioned way."

A.  Rockin' Around the Christmas Tree

10.  Which singer had a hit song called "Feliz Navidad? 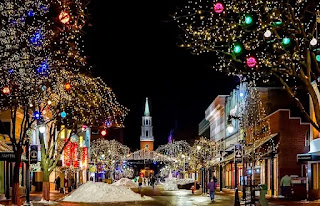 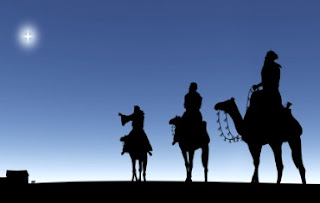 Although Three Wise Men are always pictured, he Bible does not actually specify how many Wise Men came from the East.  (The story of the Wise Men only appears in the Book of Matthew).  According to tradition, there were three Wise Men, even though the  Biblical narrative does not mention a number. Matthew only mentions "the Magi" or "Wise Men."  They were astrologers who saw a star that signified the prophecy of a Jewish king.  Matthew says that they brought three gifts to Bethlehem - gold, frankincense and myrrh, but never that there was a trio of men. 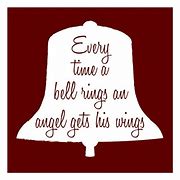 In the Frank Capra film It's A Wonderful Life, an angel gets his wings every time a bell rings.

Italy has a tradition of a witch on a broomstick dropping gifts for children through the chimney on Epiphany Eve (the night of January 5th).  The witch is called "Befana" and is portrayed as a crooked old hag.  If a child is naughty, he or she receivers a stick instead of coal in some poorer parts of the country.

Donner was Rudolph's father in the 1964 Rudolph the Red-Nosed Reindeer special.  Trivia Note;  In the 1823 poem, A Visit from Saint Nicholas (Commonly known as The Night Before Christmas), Donner was originally called "Dunder."

According the Book of Luke, there was a census. Luke 2 begins with the words "In those days a decree went out from Caesar Augustus that all the world should be registered."  Joseph and Mary went to Bethlehem to register. 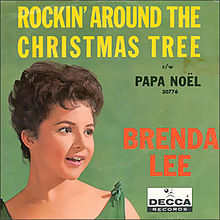 "Rockin' Around the Christmas Tree" contains the lyric ""Everyone dancing merrily in the good old-fashioned way."  The song was written by Johnny Marx, who also wrote "Rudolph the Red-Nosed Reindeer" and "A Holly Jolly Christmasr."  It was recorded by Brenda Lee in 1958 and became a huge hit. 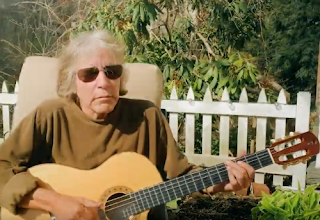 Jose Feliciano, a Puerto Rican musician, had a Christmas hit with the song with "Feliz Navidad."