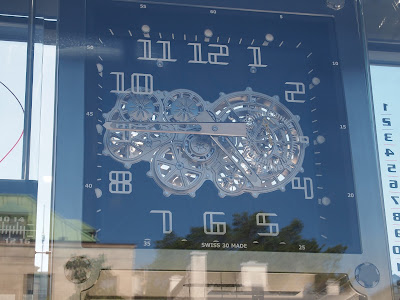 As timepieces go, the Jura clock in Quebec City is a masterwork – a ticking monument of titanium, sapphire and legendary Swiss expertise.

Quebec City is very beautiful in the month of June.  I've just returned from a visit there.  During my stay, I had the pleasure of viewing the magnificent clock in the heart of the Old City, next to City Hall. The $2.4 million timepiece is the creation of Richard Mille, a French businessman and founder of a luxury brand of Swiss watches.  It is a gift from the Swiss Republic and the Canton of Jura to mark the 400th anniversary of the founding of Quebec City,  It serves as a reminder of the friendship between the two places.

The original plan was to place the clock inside the municipal library, but the city decided to move it outside instead.  The change to an outdoor location meant that the clock had to be protected from the elements and from extreme temperatures.  Thus, it was placed in a $500,000 temperature-controlled glass enclosure.

In September of 2014, the clock was displayed for the first time before a gathering of Swiss and Quebec City notables,  Its proud creator, Richard Mille, called it "Quebec City's Big Ben."  The giant two-sided clock is billed as "A work of art and a masterpiece of precision."  In an increasingly digital world, it is entirely mechanical.

The truth is that although the Swiss clock has great artistic merit, it has not exactly been a "masterpiece of precision" thus far.  In fact, it has been the butt of some jokes because of its inaccuracy. Not long after its installation, one side of the two-faced clock was out of sync with the other.  A replacement hand had to be sent from Switzerland.  In April, it was discovered that both sides of the clock were running six minutes fast.  A technical director at Richard Mille has stated that proper adjustments will be finalized.

The clock includes a perpetual calendar,  An electromagnetic system helps ensure the calendar's operation by accounting for leap years. 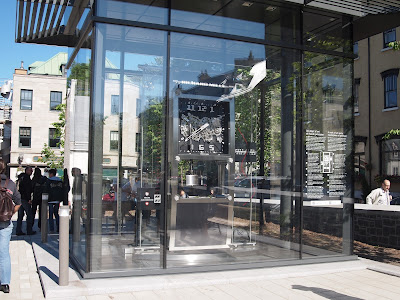 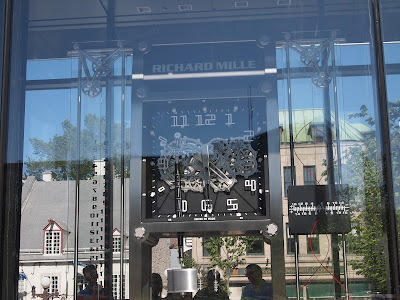 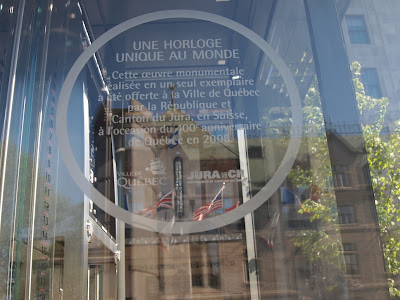 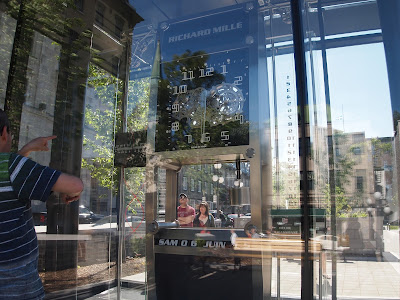 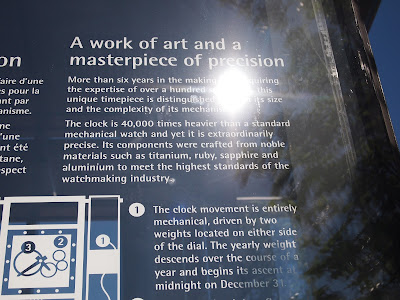 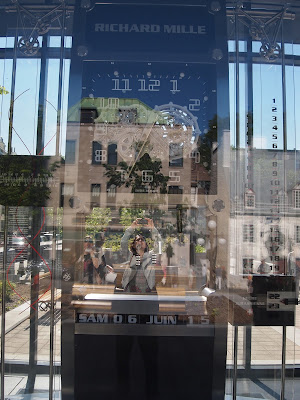 Note that the building behind the glass enclosure is City Hall.  The perpetual clock shows that these photos were taken on June 6, 2015.

Here are some facts about the Richard Mille clock from Quebec City's website.


Some other sights in Quebec City

A Quebec City monument that caught my eye is the Monument aux Frères éducateurs.  It is located near City Hall gardens and pays tribute to the Teaching Brothers. 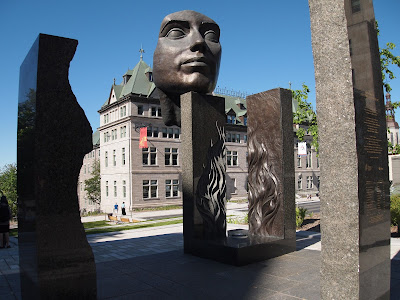 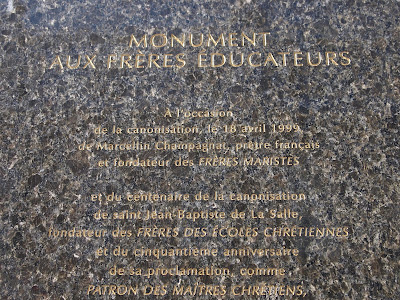 Below is a photo of the Celtic cross that is located in Artillery Park on McMahon Street in Quebec City.  It is the property of Irish Heritage Quebec which uses its image as its logo.  Th cross is a gift from Ireland to the people of Quebec in recognition of their generosity and hospitality during the Great Migration caused by the potato famine of the 19th century.  It was donated by Irish philanthropist James Callery and stands at the site of the first Irish parish in Canada. 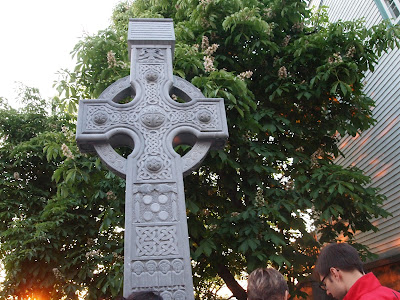