Why do we use the little word "like" so much? 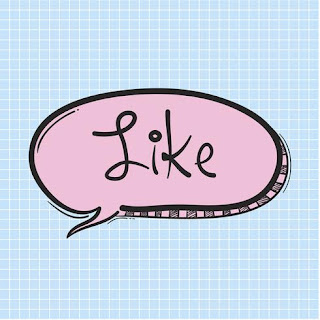 Sometimes, when I'm riding the bus or subway, I play a little game.  I listen to young high school students speaking to each other, but not for the purpose of invading their privacy.  In fact, I barely follow their conversations.  I just listen to determine whether they can utter more than one sentence without using the word "like."  I don't mean as a verb as in "I like chocolates." or as a comparative as in "She looks like her mother."  I mean as a meaningless filler.  Many seem incapable of putting together a coherent sentence without using "like" as a filler .  I call it "likeitis."  "Likeitis" is not only common among young people, it has spread like wildfire among the  entire population.

This is not a blanket condemnation of the millennial generation.  I truly do not want to sound condescending.  I'm an ESL tutor and an observer of speech patterns and language development.  I have always been curious about the way people express themselves verbally, and fascinated with the vocabulary they use.  Having said that, I must admit that I find the constant use of "like" annoying.  It grates at my ears, like the scratching of a chalkboard.

Like does have its, defenders, such as Alexandra D'Arcy, a Canadian linguist at the University of Victoria in British Columbia. Professor D'Arcy, the author of a book subtitled Eight Hundred Years of  Like, has devoted much of her research to recognizing the numerous uses of like.  She argues that it's not just "Valley Girl" talk.  In a description of her work for the university's YouTube channel, she states the following: "Like is a little word that we really, really don't like at all - and we want to blame young girls, who we think are destroying the language and sounding dumb and inarticulate."  She points out that "We can find speakers in their 70s, 80s and 90s around little villages in the United Kingdom, for example, who use like in many of the same ways that young girls today are using it."

In D'Arcy's view, the verb "to like" isn't complicated, but its other uses are unfairly criticized and maligned.  I certainly won't dispute the research of the good professor.  After all, she is a professional linguist and I am not.  There is no doubt that "like" has been part of the English language for centuries and that males are also prone to using the word often.  It's also true that teens and millennials do not make up the only age group who like to say "like."  However, I will say, and I think Alexandra D'Arcy would agree, that the use of "like" is more pervasive and ubiquitous than ever before, especially in North America.

Some uses of like were born in the 20th century.  For example, the expression "Like, Wow!" was popular among the beatniks of the 1950s, and according to Professor D'Arcy, baby boomers are responsible for using like to quote something.  In a 2017 CBC article, D'Arcy cites a man born in 1959 who said, "Imagine being told buy your parents, like, 'We know you have it in you.'"  She says "That's one of the only ones (uses of "like") we can say is truly new.  Its speakers who were born in the 1950s and early 1960ss were really the first ones to use it."

This is not just a lazy way to quote," contends Dr. D'Arcy..  She believes that this usage of "like" "actually opened new doors in communication., allowing a storyteller to reference thoughts and sounds and gestures, rather than just what was said."  She says, "That's why I respect these forms.  We started quoting our inner states more and more.  They let us do things we couldn't do before."

Still, I can't shake my aversion to the constant and relentless use of that little l-word.  All you have to do is watch old movies or television shows and you will notice how "like" has steadily infiltrated the language.  In those films and TV shows, the word "like" is seldom used in the same manner it is used today, and it is not used with the same frequency.  Leave it to Beaver's Wally Cleaver never says, "I'm, like, going over to Eddie Haskell's house this afternoon."  "

Likeitis" has even spread to television and radio broadcasters.  Everyone from talk show hosts to sportscasters has caught the disease.  They used to say, "As I said."  Now they say, "Like I said."  Back in the days when smoking was much more acceptable, there was a very well-known advertising slogan for a brand of cigarettes.  From 1954 until 1972, R.J. Reynolds Tobacco used the slogan "Winston tastes good like a cigarette should" in its print ads.  RJR's advertising committee held a meeting with its agency, William Esty Co., at which the grammatically questionable slogan was agreed upon.  RJR decided to use"like" rather than "an" in its print advertising slogan.  In 1956, the slogan was put to music for radio and television.

Grammar purists complained and scholars even debated the issue in the the media.  John Mason Brown, a prominent American drama critic and author, declared  that the slogan caused him physical pain.  Then, after taking a pack of Winston from his pocket, lit one, and said, "But I think the cigarette is great."  When some teachers expressed their opposition to the slogan, RJR added this tagline to its ads: "What do you want?  Good grammar or good taste."  The controversy actually helped RJR increase sales for Winston.

Unlike John Mason Brown, I don't become physically ill when someone misuses the work "like" or uses the word incessantly as a filler.  However, I do care about the integrity of the language and it disappoints me to hear people speak so incoherently.  I become, like, very, dismayed.  Yes, I realize that language is fluid and ever-changing.  I also realize that the overuse of "like" as not the worst thing in the world.  To me, it's not an unforgivable sin.  It's just rather sad.


SOURCES: Time magazine, "Why saying 'Like' a Lot Is Like, Actually a Good Thing," by Amanda Montell, May 23, 2019; AdAge (adage.com); Bad Grammar in Good Taste: Forget About Teachers' Dirty Looks: Bad Grammar Helped Launch this Brand into Fame and Profit," by Robyn Griggs, March 29, 1999; CBC, "Like, don't blame the kids these days, says sociolinguist," February 22, 1017