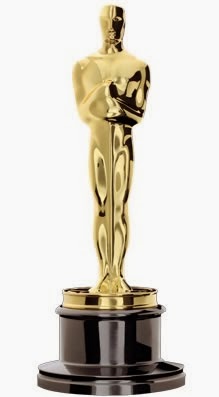 The 86th Academy Awards will be held on Sunday, March 2, 2014 and will take place at the Dolby Theatre in Los Angeles, California.  As you prepare for the big night, why not challenge yourself and try Number 16's fourth annual Oscars quiz.  There are ten questions.  Good luck!


1.  Marlon Brando received eight Academy Award nominations during his illustrious career and won twice, both times for Best Actor in a Leading Role.  He received his second Academy Award for his performance as Vito Corleone in the 1972 film The Godfather.  For which film did he win his first Oscar.?

A.  A Street Car Named Desire

B.  On the Waterfront

E.  Reflections in a Golden Eye

2.  Who was the only actor to win an Academy Award in a film directed by Alfred Hitchcock?

3.  Did Richard Burton ever win an Academy Award?

B.  Yes, he won an Oscar for Best Actor in a Leading Role for his performance in the 1953 film The Robe.

D.  Yes, Burton won an Oscar for Best Actor in a Supporting Role for the 1952 film My Cousin Rachel.

E.  Yes, he won an Oscar for Best Actor in a Leading Role for his portrayal of King Henry VIII in Anne of the Thousand Days (1969).

4.  Who won the Academy Award for Best Actress in a Leading Role in a 1965 film?  Here are the nominees.

A.  Elizabeth Hartman for A Patch of Blue

B.  Simone Signoret for Ship of Fools

D.  Julie Andrews for The Sound of Music

E.  Samantha Eggar for The Collector

5.  Jane Fonda is a two-time Academy Award winner.  She won an Oscar for Best Actress in a Leading Role her performance as Sally Hyde in Coming Home (1978) and her co-star, John Voight won for Best Actor. For what other film did Jane earn an Oscar?

6.  How tall is an Oscar statuette?


7.  Who was the first performer to win an Oscar in for a leading role in a foreign language film.

8.  Which actor, at the age of 73, performed one-handed push-ups on stage while accepting his Academy Award.?

10.  On February 22, 2009, Australian-born Heath Ledger became the second performer to be awarded a posthumous acting Oscar.  Ledger, who won the Oscar for his portrayal of The Joker in The Dark Knight, died of an accidental overdose of prescription drugs on January 22, 2008.  He was only 28 years old at the time of his passing.

Who was the first performer to be awarded a posthumous acting Oscar?

Marlon Brando won his first Oscar for Best Actor in a Leading Role for his performance as Terry Malloy in the 1954 film On the Waterfront.  Brando was nominated for A Street Car Named Desire (1951) but Humphrey Bogart received the award for African Queen.  He was also nominated for Julius Caesar (1953) but William Holden got the nod for Stalag 17.

In addition, Brando earned Oscar nominations  for Viva Zapa! (1952), Sayonara (1957) and Last Tango in Paris (1973).  His final Academy Award nomination was for Best Supporting Actor in A Dry White Season (1989).  A Dry White Season deals with the subject of apartheid in South Africa and Brando plays a human rights attorney named Ian McKenzie in the film.

All of Brando's Academy Award  nominations were for Best Actor in a Leading Role except for A Dry White Season.  He famously declined his Oscar for The Godfather at the 1973 Academy Awards ceremony due to ""poor treatment of Native Americans in the film industry."

In 1942, Joan Fontaine won an Academy Award for Best Actress for her performance in Alfred Hitchcock's film Suspicion (1941).  She was chosen over her sister, Olivia de Havilland, who was nominated for Hold Back the Dawn. 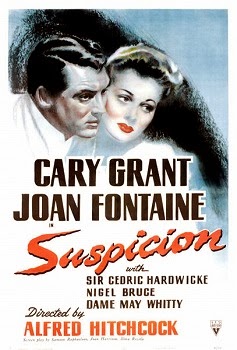 Julie Christie was awarded the Oscar for her role as Diana Scott in the 1965 British film Darling.  Darling was nominated for five Academy Awards including  Best Picture and Best Director.  It won three;: Christie for her Best Actress in a Leading Role,  Best Original Screenplay and Best Costume Design. 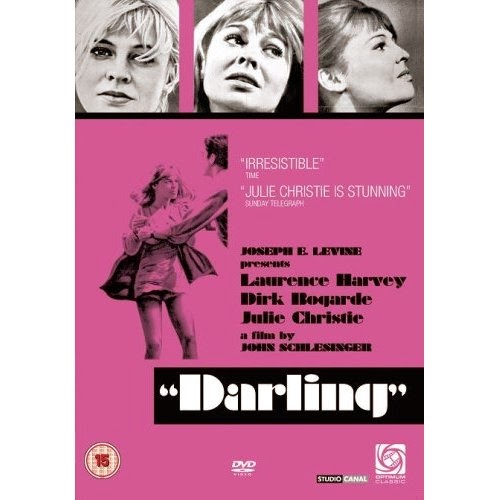 Jane Fonda won an Oscar for Best Actress in a Leading Role for her portrayal of Bree Daniel, a New York prostitute, in the 1971 film, Klute.

According to the website of the Academy of Motion Picture Arts and Sciences. an Oscar statuette "stands 13½ inches tall (34.29 centimetres) and weighs in at a robust 8½ pounds.(3.85 kilograms)."


Sophia Loren was the first artist to win an Oscar for a foreign language performance.  In 1962, she was awarded an Academy Award for Best Actress for her role in Vittorio De Sica's Two Women.  The Italian film tells the story of a widow, played by Loren, who tries to shield her daughter from the horrors of World War II.  (Trivia Note:  Sophia was unable to accept her Academy Award in person and Oscar winner Greer Garson accepted it on her behalf).

On March 30, 1992, 73-year-old Jack Palance won an Academy Award  for Best Supporting Actor for his performance as cowboy Curly Washburn in the 1991 film City Slickers.  After accepting his Oscar from Whoopi Goldberg, he poked fun at his City Slickers co-star, Billy Crystal (who hosted the ceremony that year) and then demonstrated his ability to do push-ups.  (It's interesting to note that Jack Palance was a professional heavyweight boxer during the 1940s and that he boxed under the name Jack Brazzo).

Palance told the audience that the producer of his first film in 1949 told him that he would someday win an Academy Award.  "43 years later he was right," the veteran actor quipped.  To watch a video of Palance's 1992 Academy Awards acceptance speech, click on the link below.

On February 17, 1993, Marisa Tomei received a Best Supporting Actress Oscar for her performance as Mona Lisa Vito in the 1992 film My Cousin Vinny.  Her performance was chosen over those of such acclaimed actresses as Judy Davis for Husbands and Wives, Joan Plowright for Enchanted April, Vanessa Redgrave for Howard's End and Miranda Richardson for Damage.

Tomei was also nominated for an Academy Award in the Best Supporting Actress category for her role as Cassidy in The Wrestler, starring Mickey Rourke (Rourke was nominated for Best Actor in a Leading Role). Tomei lost to Penelope Cruz, who won the Oscar for Vicky Cristia Barcelona.  Sean Penn took home the Best Actor in a Leading Role award for his portrayal of Harvey Milk in Milk.


The first performer to win a posthumous acting Oscar was Peter Finch who won the award for Best Actor in a Leading Role for his portrayal of television news anchor Howard Beale in the satirical 1976 film Network. Finch received the award two months after his death of a heart attack on January 14, 1977 at the age of 60.