Photos of the Gallery on the Lake in Buckhorn, Ontario and the Hutchison House in Peterborough 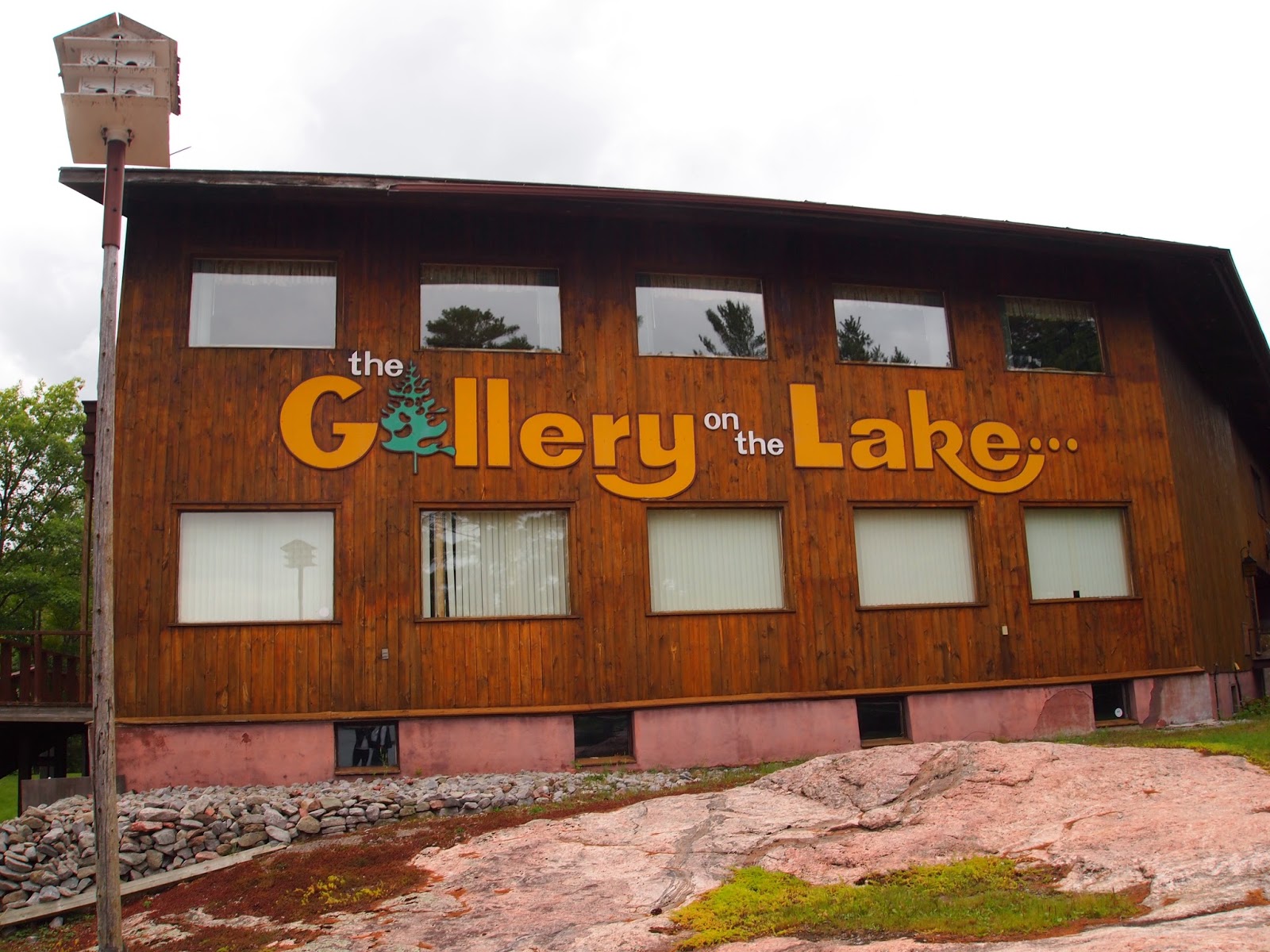 THE GALLERY ON THE LAKE, BUCKHORN, ONTARIO

On Saturday, August 23, I visited The Gallery on the Lake, one of Canada's largest retail art galleries.  It is located near Buckhorn, Ontario, in the picturesque Kawarthas (65 Gallery on the Lake Road) off Country Road #36, just north of Peterborough.  The gallery is situated on beautiful Buckhorn Lake.  It contains a Gallery Cafe and Tea Room with  a magnificent view.

The Gallery on the Lake offers extensive collections of art by some of Canada's most renowned artists (I enjoyed the work of Aboriginal artist Noval Morrisseau) and also some of  the country's up-and-coming artists.

Here are some photos from my visit, highlighting the gorgeous lakeside setting. 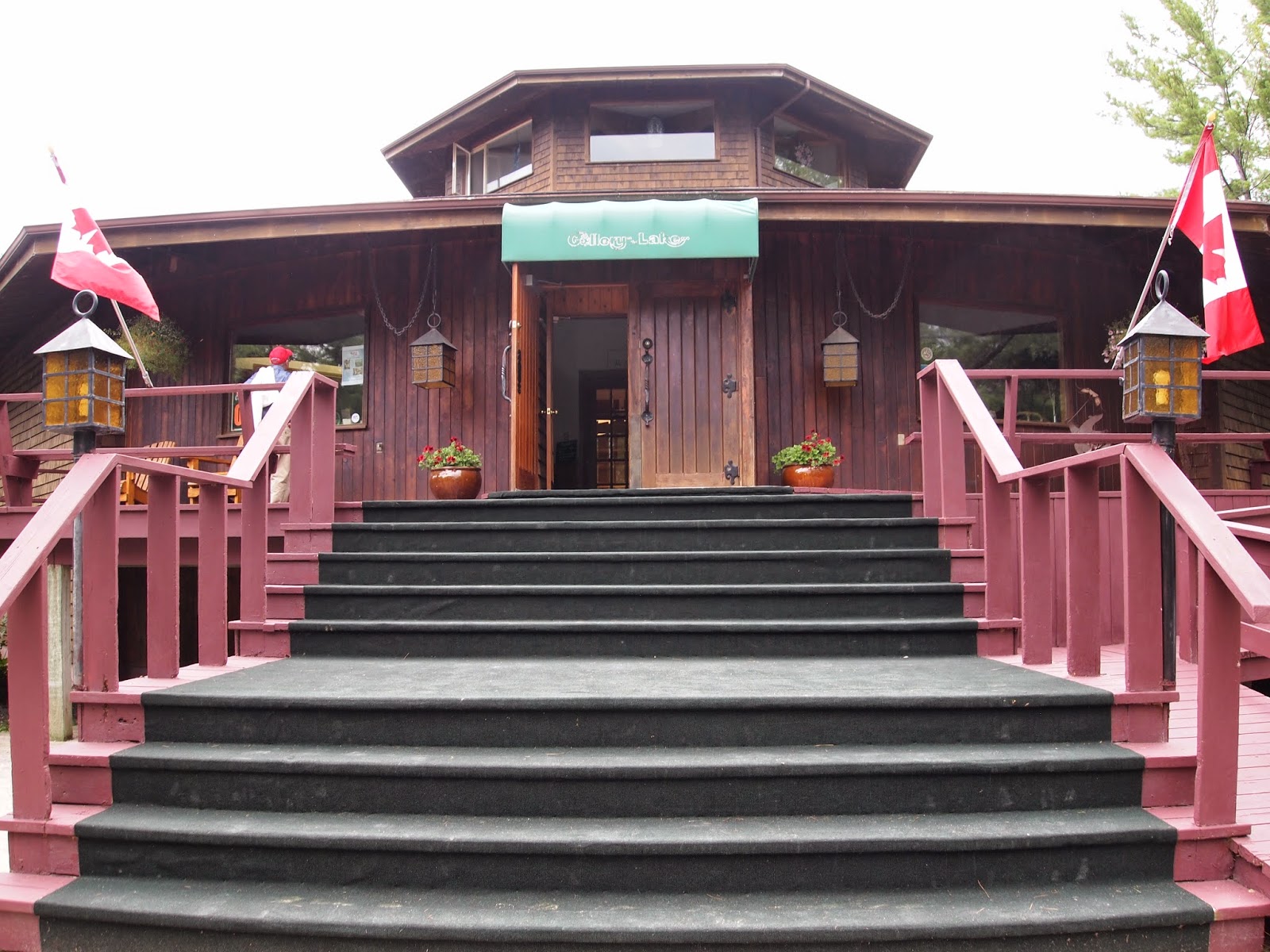 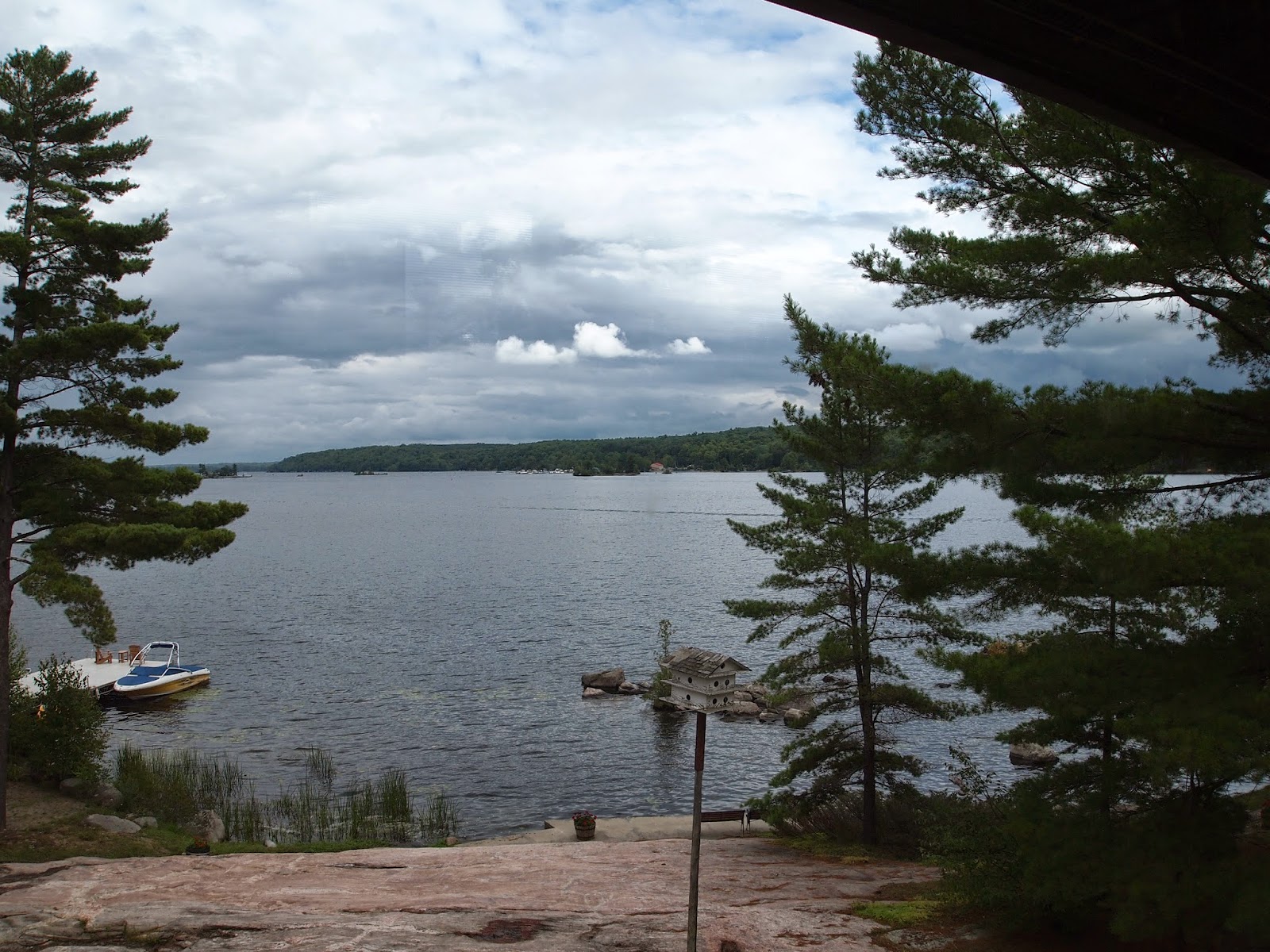 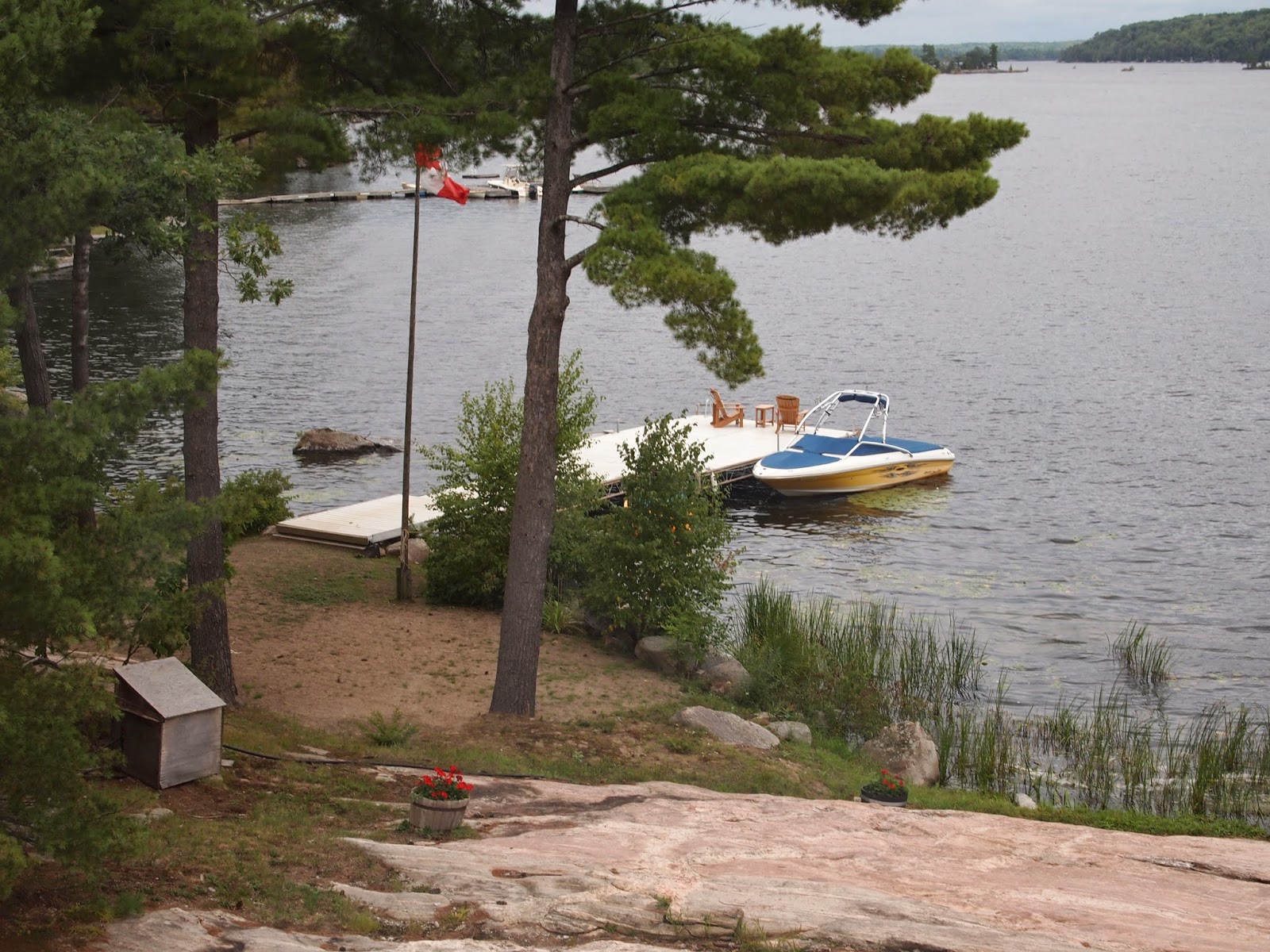 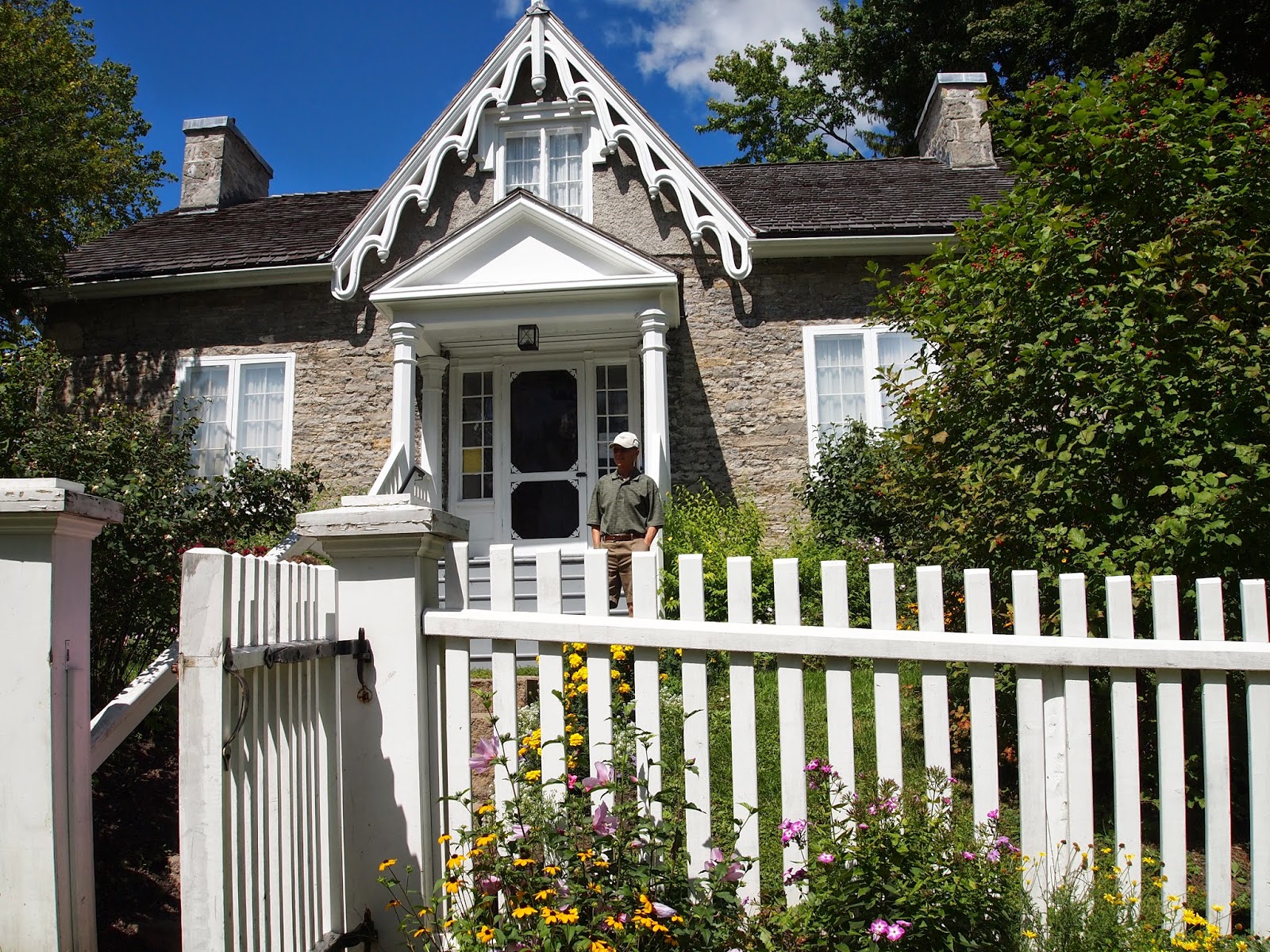 On Sunday afternoon, August 24, I visited the Hutchison House Museum (270 Brock St., Peterborough, Ontario).  The Hutchison House, owned and operated by the Peterborough Historical Society, is a limestone house built in 1837 by local citizens.  Their intent was to persuade Dr. John Hutchison, the city's first resident physician, to remain in Peterborough.  Dr Hutchison and his family resided in the house until the doctor's death in July of 1847 at the age of 49.  He died of typhus he contracted from a patient.  His medical instruments and books are prominently displayed in the house. 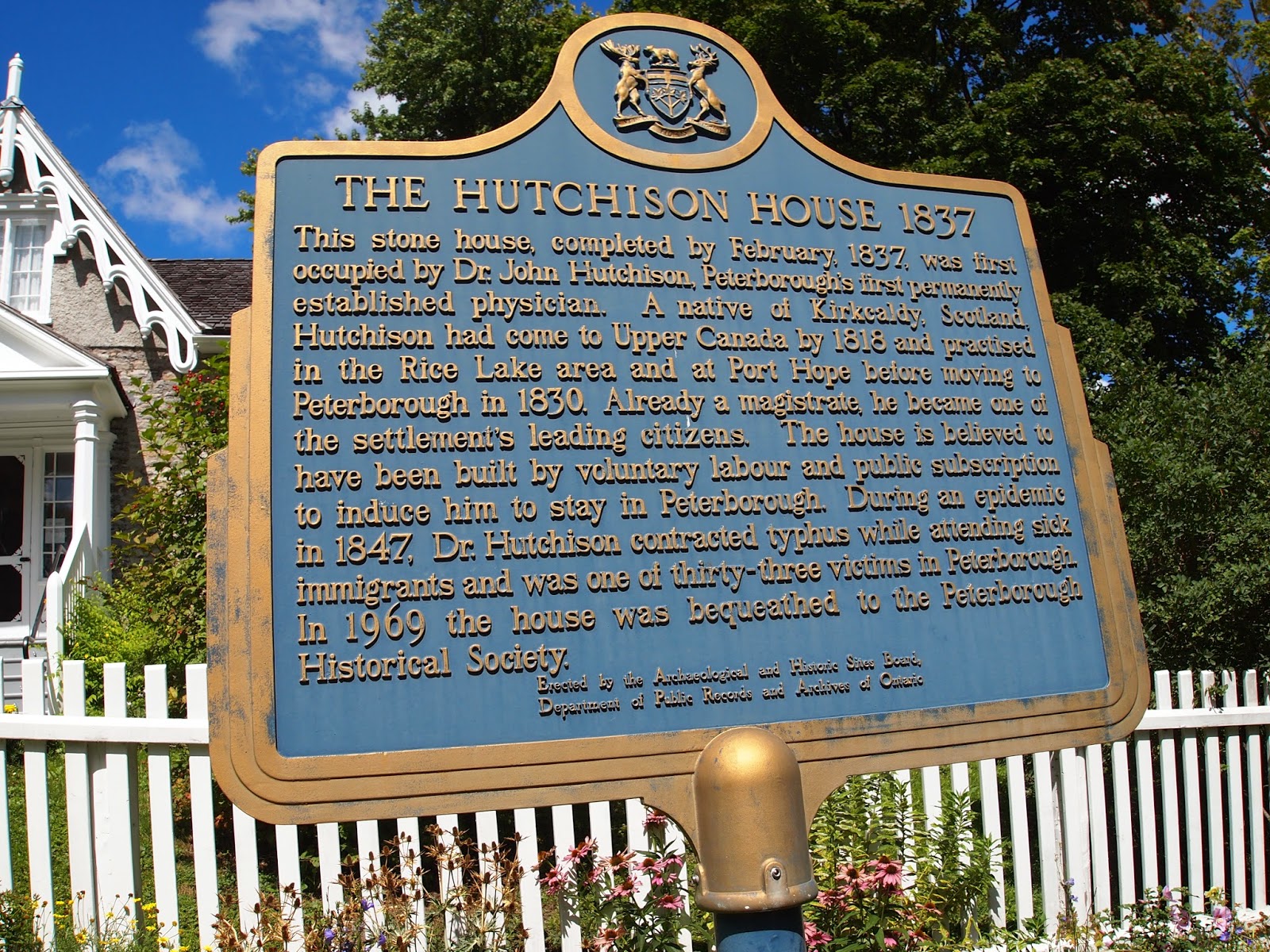 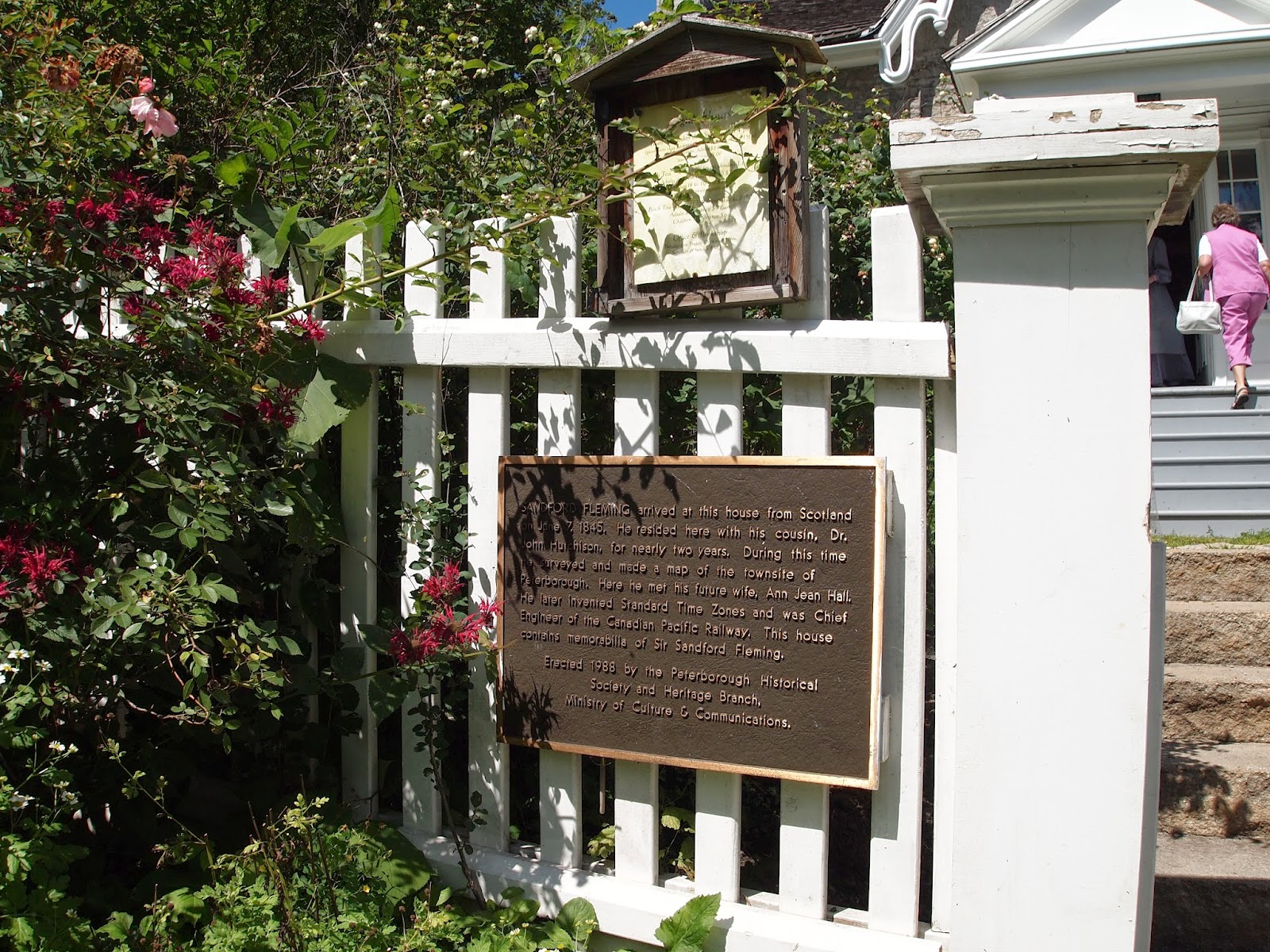 Born in Kirkaldy, Fifeshire, Scotland on November 27, 1797. Dr. John Hutchison studied medicine at Glasgow University Medical Facility.  He arrived at Port Hope, Upper Canada in 1818.  The doctor was a cousin of Sir Sandford Fleming, a talented engineer and inventor, best known for mapping the Canadian Pacific Railway, designing the first Canadian postage stamp (the Threepenny Beaver) and for his proposal of worldwide Standard Time, a single 24-hour clock around the globe.

Fleming, also born in Kirkaldy, came to the Province of Canada in 1845 at the age of 18.  Already apprenticed as a surveyor, he lived with the Hutchisons during his first for two years in the new land.  A bedroom in the Hutchison House  is dedicated to Sir Sandford and it contains his surveying tools and one of his original maps of Peterborough.

After the death of John Hutchison, the house was sold to James Harvey, a distinguished local merchant.  The Harvey family maintained ownership of the residence until 1969, when it was donated to the Peterborough Historical Society.  The house was restored to to the mid-1800s period and it opened as a museum in 1978.

During the moths of July and August, Scottish tea is served on the Hutchsison House terrace  by young volunteers.  Along with tea or lemonade, visitors can enjoy traditional oat scones and oat cookies.  There are also gardens with various flowers and a variety of herbs that would have been available in the 1860s.