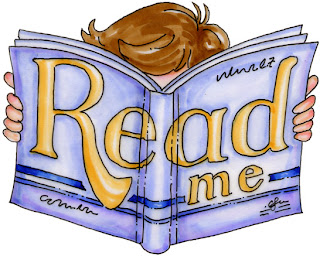 Mayor Rob Ford should not underestimate Toronto's librarians.  They and their supporters will fight to maintain the public library system of this great city.  His Worship the Mayor continually talks about putting a stop to the gravy train..  It has been his mantra and he has been repeating it ad nauseam.  He says there is too much government fat and that he has to make cuts.  Well, let me be absolutely clear!  If he puts his axe to Toronto's public libraries, he will not be removing any fatty tissue.  He will be hacking right at the bones of the largest city in Canada..

Libraries are central to any community.  They are not some unnecessary frill that can be discarded at whim and without consequences.  They are not an expensive luxury for over educated intellectuals.  Public libraries belong to us all and are used by everyone, even overly zealous right-wing conservatives such as Toronto's mayor.

Yesterday morning, consultants hired by Mayor Rob Ford and City Council advised sweeping cuts to the Toronto Public Library including branch closures and reduced hours of operation.  This will set the stage for further outsourcing, also known as privatization.  Privatization would mean more limited use of our precious libraries.  Torontonians would no longer be library patrons.  They would be customers.  Is that the kind of future you envision for the libraries in this city?

Libraries are not just book repositories.  They are community centres and temples of knowledge.  In this age of the Internet, they are need more than ever.  Too many of our youth are surfing the net but not reading books.  Literacy is vital to the health of a society.  This year I was a volunteer in the Toronto Public Library's Leading to Reading program at the Bloor/Gladstone branch.  I assisted a 9-year-old boy with reading and writing.  It was a very fulfilling experience for both of us, one that had a positive effect on my student and his future.

The closing of public libraries and the cutting of their hours of operation would be a tremendous blow to the standard of literacy in Toronto.  It is obvious that literacy is not very high on the list of our mayor's priorities.  It is not even on his radar screen.  I wonder when he lasted entered a library.

This my clarion call to all librarians in the province of Ontario and to all concerned citizens.  Let Mayor Ford know how strongly we oppose his plans.  Stand up and be counted!  We cannot and will not sit back and allow our wonderful public library system to be hacked to death.  Rob the Knife must be stopped before permanent damage is done.  Please, dear readers in the Toronto area, email or phone your councillor.  Don't allow it to happen.

I also implore you to sign this online petition.


Readers, I just couldn't help myself.  I wrote this little ditty to the tune of  "Everybody must Get Stoned."  Here it is with apologies to Bob Dylan.


The Ballad of Rob Ford

Well, they'll soon be chargin' higher user fees
And you'll pay more just to see the birds and bees
You'll pay more at the local swimming pool
You'll pay more if you're goin' to the school
But I would not be shaken to the core
Because your taxes won't be raised anymore