The politics of COVID-19

It's very sad, in fact it's tragic that COVID-19 is being politicized.  COVID is a matter of public health.  The most important thing is to protect people from the disease.  Unfortunately, those on the far right are using masks and vaccines to express their anti-government political beliefs.  They rail against such protective measures.  "The government can't tell us what to do," they whine.  What about our freedom!"  Oh yes, their precious freedom to infect others is sacrosanct.  Their freedom to cause themselves and others to die must be defended.

Some anti-vaxxers are so extreme that they would die or have someone else die in order to protect their warped concept of freedom.  Almost nothing can be done to change their minds. So, the rest of us have to suffer because of their delusions.  I could tell a right-wing anti-vaxxer over and over again that freedom is not absolute.  I could tell them ad infinitum that they don't have the right to harm others.  They will seldom listen.

The right-wing anti-vaxxers are not necessarily uneducated individuals.  Take Senator Ted Cruz for instance.  He's a graduate of Princeton University and Harvard Law School.  So, what has been concerning him lately?  Climate change?  The pandemic?  Inflation?  Homelessness and poverty?  Health care?  Why, of course not!  He's in an a terrible tizzy over that awful Big Bird on Sesame Street.  That yellow Muppet has some nerve!   He's encouraging children to get vaccinated.  The horror!  That dastardly bird actually declared that he had received the COVID-19 vaccine.  He then  remarked, "My wing is feeling a little sore, but it'll give my body an extra protective boost that keeps me and others healthy."  That's when the Texas Republican took immediate action.  "Government propaganda . . . for your 5-year-old!" Cruz tweeted.

My! My!  What a hero!  What a patriot, that Ted Cruz!  He's protecting children from becoming brain-washed.  Where was Senator Cruz last winter when millions of people in Texas were without water or power due to a storm,  He was on a family vacation in Cancun, Mexico, while his constituents froze in the dark.  He later called it a "mistake.", but such thoughtlessness shouldn't have happened in the first place.  Would he even have acknowledged his "mistake" if he hadn't been caught with his fingers in the cookie jar?  It wasn't a tiny error either.  Ted Cruz abandoned millions of people who were suffering from a disaster. 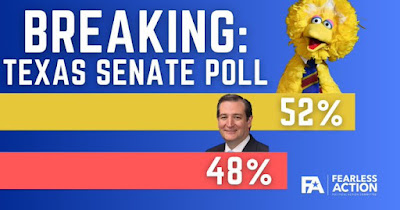 Football star Aaron Rodgers is another example.  Rodgers is the quarterback for the Green Bay Packers.  He attended Butte College and the University of California, Berkeley.  He was also knowledgeable enough to be a guest host on the popular game show Jeopardy!  You'd think he would have known better than not to protect himself and other from COVID.  Such was not the case.  Rodgers said he had been vaccinated when he hadn't.  Then he tested positive for the virus.  While unvaccinated, he violated COVID protocol and appeared unmasked at postgame press conferences.

Rodgers denied that he was an anti-vaxxer. He claimed that he had an "allergy to an ingredient that's in the mRNA vaccines."  Then he said that he did his own research with the assistance of reliable conspiracy-minded podcaster Joe Regan.  He also spouted the usual right-wing rhetoric about "cancel culture" and "the woke mob."

If it weren't for the anti-vaxxers, the world would certainly b much further ahead in the fight against COVID-19.  What a shame!  It's a good thing they weren't around back when the polio vaccine came out.

Posted by Joanne at 6:40 PM No comments:

Way to go Argos! All the best to the CFL 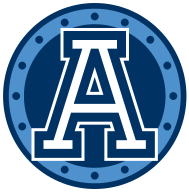 Remember the Toronto Argonauts.  They are the forgotten team in their home city.  They don't receive much media coverage and they're not talked about too often.  Well, I have to congratulate the Argos for finishing first in the Eastern Division of the Canadian Football League.  They have a great chance of going on to win the CFL's holy grail, the Grey Cup.  Their next game is at home tomorrow against the Edmonton Elks.

I must admit that I have a soft spot for the CFL and the Grey Cup.  Of course, it's not as glitzy and glittery as the NFL and the Super Bowl.  Yet it has its own charm.  It's more homey and down to earth, and it is far less commercial.  Does anyone out there remember a Grey Cup ad?

Several years ago (I think it was 2007), when the Grey Cup was held in Toronto, I visited one of the pavillions at the Toronto Convention Centre.  As it turned out, I sat at a table with a group of Americans from Baltimore.  I asked them why they were attending Grey Cup festivities.  They told me that they had been fans of the defunct Baltimore Stallions, who won the Grey Cup in 1995,  In the 1990;s, the CFL expanded into U.S. cities.  The American experiment didn't succeed and the CFL reverted to its Canadian teams only.  However. the Stallions remain  the only American franchise to capture the Canadian football championship.

For the Baltimore gang, the Grey Cup was s different experience than the  Super Bowl.  They still wanted a taste of it years after their CFL team disbanded.  I enjoyed talking to them as they provided me with another perspective.  Oh yes, they enjoyed being entertained by a Newfoundland band.

It should be noted that the Argos had a long championship drought from 1952 until 1983.  During those years, they were regarded as loveable losers to their fans in the Toronto region and sad sacks elsewhere in Canada,  The Argos also have the distinction of winning the 100th Grey Cup in 2012 in front of the hometown crowd in Toronto.

This year's Grey Cup will take place on Sunday, December 12, 2012 at Tim Hortons Field in Hamilton.  It will be the 108th Grey Cup.  The first Grey Cup was played on December 4, 1909 at Rosedale Field in Toronto.  There was no Grey Cup last year as the entire CFL season was cancelled due to COVID-19.  2020 marked only the 5th time in Grey Cup history that the game was not played.  It was the first time the event was not held since 1919, when it was cancelled due to a rules dispute with the Canadian Rugby Union.  There also was no Grey Cup game from 1916 to 1918 as a result of World War I. 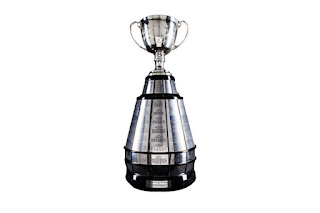 Fortunately, the Grey Cup is back this year.  It is is a piece of Canadiana and it is uniquely ours.  I ask you, where else can you see scarlet clad Mounties carrying a championship trophy into a stadium?

Posted by Joanne at 2:23 PM No comments: