Reflections on the anniversary of the moon landing

“To sail beyond the sunset, and the baths of all the western stars, until I die.”

I have chosen this quote because I think it is very appropriate to mark the anniversary of the day that a man walked on the moon. It embodies the sense of adventure and curiosity that is so noble in human beings.

It has been 41 years since Neil Armstrong took that historic step onto the lunar surface. I had just completed elementary school and I can vividly recall the sense of wonder and excitement of that day in the summer of 1969. Younger generations are perhaps baffled by the grainy black and white footage of Armstrong stepping down that ladder and bouncing around the moon. It probably seems so old hat to them, no big deal. There appears to be a lack of interest in space travel among today’s youth. In the 1950s and 1960s, children pretended they were astronauts and wore space helmets. Space was an exciting new frontier. Of course, there was the political motivation of the Cold War. There was the incentive for the Americans to reach the moon before the Soviets and to plant the Stars and Stripes there before the Hammer and the Sickle.

To this day, my adrenalin flows, when I watch footage of that walk on the moon and I hear Armstrong’s famous “That’s one small step . . . But did Neil Armstrong actually flub his monumental line? Did the first person to walk on the moon mistakenly utter the words “That's one small step for man, one giant leap for mankind”? That immortal phrase has been the subject of debate among academics and aficionados of space travel for years. Armstrong himself has vehemently claimed that he said "for a man" rather than "for man,” but the tapes of the event aren't clear enough to be absolutely certain. With the technology of the 1960s, the worldwide television audience at the time definitely did not hear the crucial “a”.

It is not a trivial matter. The omission of the article “a” makes a tremendous difference in the literal meaning of the phrase. Armstrong obviously meant to link the small action of one man with a monumental achievement for humanity. Instead, he wound up uttering a phrase that that equated a small step by the human race with an epic accomplishment for humankind. The phrase sounded good without the ‘a’ and it was quoted that way around the world. It is unfortunate, however, that the true meaning of Armstrong’s words has become clouded and confused.

In recent years, evidence has emerged demonstrating that the “a” is present on the recording but is too indistinct to hear.” According to an October 3, 2006 article by Mark Carreau in the Houston Chronicle, the missing “a” was discovered as a result of the software analysis of Peter Shann Ford, a Sydney, Australia-based computer programmer. In his research, Ford found that Armstrong spoke, "One small step for a man ... “with the "a" lasting a total of 35 milliseconds, 10 times too quickly to be heard." Nevertheless, Ford insisted that the "a" was indeed transmitted and that this can be proven in an analysis using Canadian sound-editing software called GoldWave,

The last manned lunar mission was Apollo 17 in December of 1972. The United States remains the only country to have a human being to the moon. However, recent plans to return to the moon were cancelled due to U.S. government cutbacks.

Some argue that money should be spent to improve life on earth, not on space travel. While I firmly believe that there should be restraint on government spending on space travel, I do not agree that it should be abandoned. Human beings are natural explorers. We need to learn about the universe and our place in it. Space exploration leads to the development of technology and provides information that is beneficial to humanity and improves life on this planet. That is why I am convinced that a human being will walk on the surface of Mars one day. I fervently hope to be alive to see that day. The Red Planet beckons and we will answer the call.

On this day in 1871, British Columbia became Canada’s sixth province. With plans for a railway to be built linking the new province to the East, Sir John A. Macdonald’s vision of a country from sea to sea moved one huge step closer to reality.

Congratulations to all British Columbians. This Torontonian is of the opinion that your province has some of the most breathtaking scenery in the world. It is a natural wonder with its mountains and forests and the Pacific Ocean. Geographically speaking, you have the most beautiful province in Canada. Here’s to you, B.C.! Happy 139th anniversary.

It appears that Toronto Blue Jays have an exciting new shortstop in Yunel Escobar. They were looking to the future when they acquired the talented Escobar from the Atlanta Braves for the veteran Alex Gonzalez. The move seems to be seems to be paying off. On Sunday, the 27-year-old Cuban hit the Jays’ first grand slam of 2010 as the Jays swept their three game series against the hapless Baltimore Orioles at Oriole Park at Camden Yards. Escobar led the Blue Jays in a 10-1 rout against the Orioles.

The Jays were on a roll as they began a new series against the Kansas City Royals in Kansas City last night. Struggling closer Kevin Gregg handed the game to the Royals in the 10th inning. Gregg surrendered the walk and the single that drove home the winning run in Toronto’s 5-4 loss. His days as Jays’ closer could be numbered. 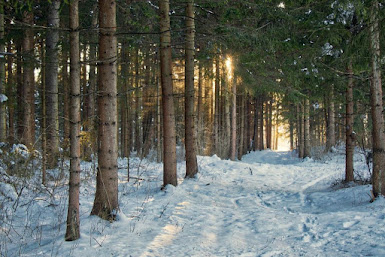