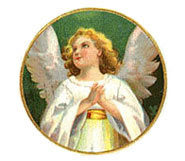 How many observe Christ's birthday! How few, his precepts! O! 'tis easier to keep Holidays than commandments.

Today is Christmas Day.  More than ever, humanity needs a heavy dose of the Christmas spirit.  As we approach 2017, the world needs strong leadership to get us through these challenging times.  The rise of far-right politicians and ultra-conservative political parties is frightening.  These politicians and political parties are fanning the flames of racism, anti-immigrant sentiment, Islamophobia, anti-Semitism and misogyny.

Sometimes it feels as if we are reliving the 1930s, but there is not a Churchill or a Franklin Roosevelt on the horizon.  That is why those of us who oppose these reactionary forces must speak out strongly in support of social justice and a more equatable society.  We must make our voices heard amid those who spew the vile rhetoric of the far-right.  Those of us who believe that acting against climate change is a moral issue must continue to work towards protecting  the Earth's environment.  The climate change deniers must be challenged.  The hate mongers and white supremacists must be challenged.

A 70-year-old German woman, Imela Schramm, uses nail-polish remover, a scraper and spray as her weapons against hate crime.  She carries them in a canvas bag with the message "Against Nazis." Day after day, she paints hearts over neo-Nazi and racist graffiti in Berlin.  She told The New York Times that "When I see someone's dignity hurt, I feel it myself."

It began decades ago when Schramm noticed a flyer supporting Nazi war criminal Rudolf Hess at a bus stop.  Since then, she estimates that she has removed or painted over more than 130,000 signs in Germany and six other countries.   Law enforcement officers usually giver her a gentle warning, but she was threatened with a sizeable fine in October.  Strangers have hugged her and she's been assaulted three or four times.  She told CNN, "People tell me I am intolerant, that I don't respect the far-right's freedom of speech.  But I say: Freedom of speech has limits.  It ends where hatred and contempt for humanity begins."  I'm not suggesting that everyone should go out and imitate Imela Schramm, but the world could use more of her determination, her lively spirit and her spunk.

This year, the Jewish feast of Hanukkah (Chanukah) falls at the same time as Christmas.  Hanukkah begins on Saturday, December 24 (Christmas Eve) and ends on Sunday, January 1 (New Year's Day). It lasts for eight days.  Both of these great festivals are festivals of light. When you light up your Christmas candle, your Christmas tree or your Menorah, you are displaying the symbols of a great triumph. Although the rituals may differ, the message remains the same.  Christmas and Hanukkah represent hope in the midst of darkness and despair. The two great faiths of Judaism and Christianity share much in common. Both Christmas and Hannukkah send out a message of victory and joy. That message needs to shouted to the rooftops.  It needs to be heard. The media may be full of bad news, but we have been given the Good News.  It is guaranteed and it is eternal. 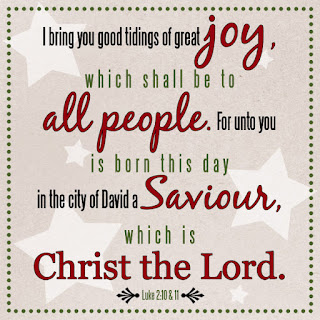 HAPPY HANUKKAH TO THOSE OF THE JEWISH FAITH.