Happy Birthday, Barack Obama! I hope you're re-elected in 2012 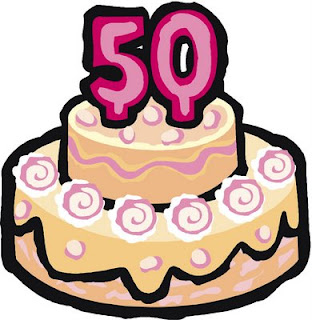 U.S, President Barack Obama turns 50 years old today.  He was born on August 4, 1961 in Honolulu, Hawaii.  That's right, HONOLULU, HAWAII - not anywhere else.  I hope that ridiculous "birther" dispute has come to a merciful end, but I doubt that radical conservatives will ever let it rest.  They will never accept Hawaii as the President's birthplace.

Thank goodness that Obama is President of the United States and not some Tea Party Republican.  If Dwight Eisenhower were alive today, he would weep for his party.  Ike would be appalled that the Grand Old Party, the party of Abraham Lincoln, has been hijacked by a movement of far-right, uncompromising, xenophobic neo-conservatives.  This Tea Party faction has eschewed Eisenhower's moderate approach and has replaced it with an attitude of utter intransigence, particularly on matters of taxation.

President Obama did not cause the recession and he did not cause the debt crisis.  Nevertheless, he is being blamed for the woeful state of America's economy and its large deficit.  Why?  Is Obama responsible for the damage caused by hedge funds and subprime mortgages?  How is the the large deficit his fault when he merely inherited it from his predecessor?  When George W. Bush came to office in 2001, he was left a surplus by Bill Clinton.  Bush went on to spend trillions on tax cuts and wars.  Isn't it funny how some conservatives preach fiscal restraint and then spend like drunken sailors.

I realize that many on the left are disappointed in the President.  They do not think he has been progressive enough even though the Republicans (especially those of the Tea Party persuasion) are breathing down his neck.  The United States has a system of checks and balances and the President cannot do as he pleases.  He has to answer to the Republicans because they control the House of Representatives.

Having said that, I am not an uncritical admirer of the President.  In many ways he has been disappointing.  He came into office with high hopes and high expectations.  He himself fueled that hope.  He based his presidential campaign on it even though no one could have lived up to those lofty expectations.  At times I wish he'd be more forceful, more firm about standing up for his beliefs.  I certainly believe in compromise, but I think that Obama at times can be compromising to a fault.

Certainly he is under enormous pressure and he has one of the most stressful jobs in the world.  Sometimes he has no choice but to sacrifice some of  what he would like to achieve in order to accomplish anything at all.  I just wish he would deliver more.

The Republican right sees Obama as some kind of rabid socialist, the great American Castro.  That view of the President is so ludicrous that's it's laughable.  The President supports tax increases for the wealthiest Americans and the Tea Party regards him a flaming communist!  Just because the mildly liberal Obama doesn't regard government as a dirty word, doesn't make him  Chairman Mao or Stalin.

Those furthest on the left feel that Obama has completely sold out to the interests of big business.  To them, he has utterly failed to meet their progressive agenda.  They are not happy with his health care legislation and believe that it has been too watered down.  More moderate liberals contend that the Presdident did well to even get a health insurance program in place.  The Republicans sneer and vow to dismantle what they call "Obamacare."

While the Amrerican economy continues to struggle, here in Canada, our economy has been doing well in comparison to other countries.  Our financial institutions are better regulated and our Conservative government has actually implemented a stimulus plan.  I have heard commentators on U.S. television say that the fragile American economy proves that Obama's stimulus program hasn't worked.  Did they ever stop to think that the U.S. economy would be worse off and unemployment even higher if there hadn't been a stimulus program?

When I look at the most prominent world leaders, I can't name one who is preferable to the dignified Barack Obama?  Who is better?  Nicolas Sarkozy of France?  Germay's Angela Merkel?  British Prime Minister David Cameron?  Italy's scandal-ridden Silvio Berlusconi?  Russia's macho-man, Vladimir Putin (he really runs the show there, not President Dmitry Medvedev?  Canada's own Stephen Harper?

This being a milestone birthday for him, Obama is undoubtedly reflecting on his life and his future.  I hope he can find a little time to spend with Michelle and the girls - ooops, sorry - I forgot that only conservatives have family values. 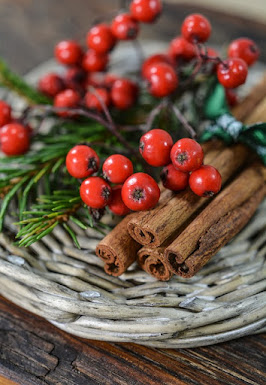