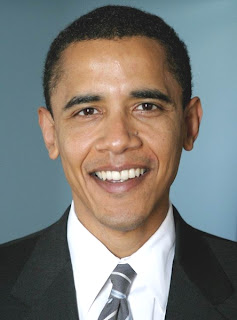 Two years ago today, Barack Obama was sworn in as the 44th President of the United States. He promised hope and renewal for Americans suffering through the worst financial downturn since the Great Depression. When the economy did not improve overnight, many turned on him. Frustrated by job losses and mortgage foreclosures, they had little patience. They expected Obama to be some kind of magician and wave his magic wand to fix everything. When he did not perform miracles, the American public and many in the media turned on him. His popularity plummeted and he was mocked.

When the economy did not improve dramatically, many Americans failed to point their fingers at the true culprits. They did not blame the Gordon Gekkos on Wall Street and their “greed is good” mentality. They did not criticize the lack of regulation of American financial institutions. Egged on by right-wing Republicans, they turned their anger and frustration on President Obama. They forgot who really created the mess. In the manner of a Harry Houdini, Wall Street and the financial institutions escaped the severe criticism they deserved.

The president has had a rough ride during the past two years. He’s aged considerably as most American presidents do once in office. The stress has taken its toll on him. His hair is greying and he often appears worn and tired. Let me be clear, however. I am not an apologist for Barack Obama or any politician. I’m not saying that he has not made mistakes. In my opinion, he has not communicated his vision of America well enough. He has not identified himself enough with those who have experienced hardship during the Great Recession. He came to office with great challenges, but he has not risen to the occasion as much as he could have.

I’m certainly not saying that Obama is a Lincoln or an FDR. No human being should be put on a pedestal and no politician should be treated with kid gloves. I just think that he could not possibly have lived up to the high expectations that were placed upon him. Accordingly, this Canadian thinks he is due for a few words of support and encouragement.

From the beginning of his presidency, Barack Obama has found himself firmly entrenched between a rock and a hard place. No matter what he does, he will never curry favour with American conservatives. Nor will he will ever convince those of a more leftist persuasion that he has gone far enough in his reforms. From the moment he took office, right-wingers have waged a relentless campaign to bring him down. With enthusiastic support from the likes of Rush Limbaugh and Fox News, they have never stopped trying to prevent him from achieving his goals.

Tea Party types have painted Obama as some kind of radical socialist because he wants a more equitable society. He has attempted to close the huge and growing gap between the haves and the have-nots. He has not tried to abolish private enterprise or destroy the market economy.  Yet, they have portrayed him as some sort of Fidel Castro.

President Obama has tried to pump money into the economy in order to create jobs.  Many right-wingers have not wanted him to succeed with his stimulus plan just so they could accuse him of failing to improve the economy. In other words, they have preferred to see the economy languish rather than have Obama receive any credit. Too bad about all the unemployed and suffering Americans! Making sure that Obama is a one-term president has been of more paramount importance.  Partisanship comes ahead of country for them.

The American far-right has cast aspersions on Barack Obama. They have questioned his patriotism and accused him of not being a “real American”. They have said he was not really born in the USA and that he is a Muslim. There is nothing wrong with fitting any of those two descriptions. In Obama’s case, however, they are simply not true. Yet, many Americans, according to polls, consider them to be true. How absurd! How lamentable that there are so many “Elvis is alive!” types. How disconcerting it is that extreme right-wingers have managed to convince so many people to believe such false information.

President Obama has not pleased his more left-wing constituents either. They have criticized him for not being progressive enough and they are disillusioned with him. They have expressed their disappointment in the president because they do not think he has moved far enough to the left. Don’t they realize he has to compromise and deal with his Republican opponents? He is not a benign dictator. He can’t do everything he wants in a democratic system. If Obama fails to win re-election in 2012, he could be replaced with someone such as Mitt Romney or Sarah Palin. Is that what centrist and left-leaning Democrats really want?

In November, the Republicans gained control of the House of Representatives. That was the democratic will of the people. Unfortunately, however, the House will try and undo everything President Obama has achieved. He will have to sacrifice some things in order to preserve others. He has already had to compromise by allowing tax cuts for those making over $200,000 so he could preserve extensions to unemployment benefits.

Yesterday was sad day for the United States. It was a sad day for the underprivileged and for those who do not have health insurance. It was a good day for the very wealthy and for the insurance companies. The Republican-controlled House of Representatives voted to repeal Obama’s health care reform. The measure passed by 245-189. All of the Republicans in the House supported overturning the measure and they were joined by three Democrats.

Fortunately, the repeal has little chance of taking effect. The Democrats still control the Senate and it will be blocked in that chamber. Obama would veto any such measure if it ever reached his desk. Nevertheless, the result of the vote will re-ignite debate and inflame passions. It is likely to be a central issue in the next presidential campaign. If a Republican president comes to power with a Republican-controlled Congress, the health care reform plan will be in dire jeopardy. If Republicans have their way, Americans will continue to lose their savings and fall into poverty if they have the misfortune to become seriously ill.

Here are a few other points to ponder. When Bill Clinton left office, there was a surplus. After eight years of George W. Bush, there was a massive deficit, mainly due to the war in Iraq and tax cuts to those who didn’t need them. Obama inherited that mess. It was not Barack Obama who loosened regulations on financial institutions. In fact, during his presidency, he has placed regulations on financial institutions. It is certainly fair to criticize President Obama, but it is not fair to blame him for the recession or the economic mess. It takes time to dig out of an economic hole, especially one of the enormous size facing Americans. The situation would have been much worse without some stimulus to the economy.

Here in Canada, our economic downturn has not been as severe, although that is little consolation to Canadians who are unemployed and downtrodden.  The reason that our recession has not been as scathing as America's is that strong regulations have been placed on Canadian financial institutions.  It should also be noted that even our conservative government has had enough sense to realize it had no sensible choice but to impose a stimulus program.