Nicolaus Copernicus: The search for his remains 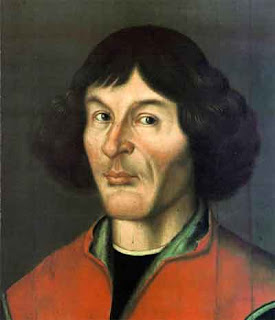 Nicolaus Copernicus was a true Renaissance man and I honour him today on the 538th anniversary of his birth. This great thinker was born on February 19, 1473 in the city of Thorn, Royal Prussia, Kingdom of Poland. At the time of Coperncus’ birth, the city of Thorn was predominantly German-speaking. His father was a well-to-do merchant from Krakow and Nicolaus was the youngest of four children.

How much of a genius was Nicolaus Copernicus? Well, let’s see. He was a mathematician, astronomer, physician, classical scholar, translator, artist, jurist, Catholic cleric, diplomat and economist. Oh yes, and he was a polyglot. It is presumed that he spoke three languages with equal fluency - Polish, Latin and German. He also spoke Italian and Greek. The majority of his surviving works are written in Latin, which during his lifetime was the scholarly language of Europe. It was the official language of the Roman Catholic Church and of Poland’s royal court.

Copernicus’s seminal work, his masterpiece, On the Revolution of the Heavenly Spheres (De revolutionbus orbium coelestium, was written in Latin and was first printed in 1543 in Nuremburg, Germany. With that book, Copernicus challenged the dominant religious and scientific thinking of the day. He caused a stir by disagreeing with the conventional wisdom that the Earth was the fixed centre of the universe and argued that the Earth and all the known planets revolved around the stationary Sun. Based on years of astronomical observations, he put forth a heliocentric theory of cosmology. In the 16th century, this was a daring and revolutionary concept.

In 1539, prior to the publication of De revolutionbus, Martin Luther is quoted as saying in one of his "Table Talks", “People gave ear to an unstart astrologer (Copernicus) who strove to show that the earth revolves, not the heavens or the firmament, the sun and the moon . . . This fool wishes to reverse the entire science of astronomy; but sacred Scripture tells us [Joshua 10:13] that Joshua commanded the sun to stand still, and not the earth.”

Coernicus died May 24, 1543 at Frombork (Frauenburg), Kingdom of Poland at the age of 70. He was reportedly buried at Frombork Cathedral. For over two centuries, archaeologists searched fruitlessly for his remains. In August of 2005, a team of team of diligent searchers, led by Polish archaeologist Jerzy Gassowski, finally unearthed the remains of the Renaissance polymath at the Frombork Cathedral in north-eastern Poland. When they scanned beneath the cathedral floor they discovered what they believed to be Copernicus’s skull and leg bones below the St. Cross altar. In 2008, a DNA test confirmed that the bones did indeed belong to the Polish astronomer. They matched hair samples taken from an astronomy reference book owned by Copernicus that was housed at the library of a Swedish university.

A forensic expert at the Polish Police Central Forensic Laboratory used the skull to reconstruct a face that closely resembled that of Copernicus’s, including a broken nose and a scar above the left eye - features that were evident in a self-portrait of the great scholar. Copernicus had a crooked nose, the result of a childhood accident.

The forensic expert also determined that the skull was that of a man between 60 and 70 years old, (Copernicus was 70 at the time of his death).

Below is the forensic rendition of the face of Copernicus taken from the reconstruction of his skill. 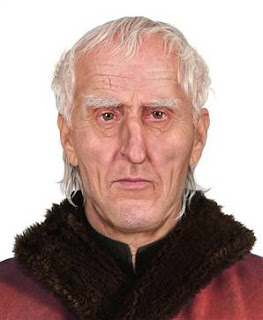 On May 22, 2010, Copernicus was given a second funeral in a Mass celebrated by Jozef Kowalczyk, the Primate of Poland. His remains were reburied beneath a tombstone of black granite in Frombork Cathedral. The tombstone identifies him as the discoverer of the heliocentric theory and also a church canon.  On the tombstone, there is a depiction of the Copernican model of the solar system.

Nicolaus Copernicus was undoubtedly one of the greatest Poles who ever lived. He ranks with Chopin and Marie Curie (born Marie Sklodowska in Warsaw) among others. His ideas influenced another genius, an Italian named Galileo.

The Polish version of Nicolaus Copernicus’s name is Mikloaj Kopernik. The surname means “one who works with copper”.

I have always enjoyed the sound of Motown and Smokey Robinson has really made that sound come alive. William Robinson, Jr. was born in Detroit, Michigan on February 19, 1940. He turns 71 years old today.

So Tomas Kaberle has finally been traded. He is now a member of the Boston Bruins and will play for a contender in Beantown. In return for Kabele, the Toronto Maple Leafs receive prospect Joe Colborne, Boston’s 1st round choice in the 2011 NHL Entry Draft, and a conditional 2nd round draft choice. It looks as if the Leafs have given up on this season and are once again rebuilding. No wonder their fans are so frustrated. Well, at least they seem to have a decent goaltender in young James Reimer.