Number Sixteen has obtained secret tapes of a private telephone conversation between Toronto Mayor Rob Ford and Hockey Night in Canada’s Don Cherry. In an exclusive, Joanne Madden has decided to release the transcripts of these tapes. Your humble scribe refuses to reveal her sources. She will not compromise her journalistic integrity.

RF:  Thanks, Grapes. It was an honour to have you put the chain of office around my neck. I loved the way you said I was going to be the best mayor this city ever had. Then you told all those left-wing kooks to put that in their pipes.  You really let them have it.

DC:  I sure put them in their place, didn’t I? All those pinkos in the media. Somebody had to stand up to them, those (expletive deleted).   I’ve been wanting to tell them what I think of them for years.

RF:  Yeah, especially all those (expletive deleted) CBC types. Our tax dollars go to all that left-wing propaganda. CBC stands for the Communist Broadcasting Corporation. I hope that nice Steve in Ottawa cuts some more funding from them. The only ones who watch that CBC garbage are the downtown elites and artsie fartsies. The gravy train has to stop. The CBC is bleeding the taxpayers dry.  Private enterprise always does it better.  We don't need a public network anyway.

DC:  Um, why don’t we bash the Toronto Star instead?

DC:  Hey, Rob, who bugs you most – NDPers or Marxist professors?

RF:  I can’t stand either. They’re all a bunch of intellectuals. They don’t understand ordinary people who are being taxed to death.

DC:  Yeah, too much education, that’s the trouble with them.  Too much book learnin’. The only intellectual I have any respect for is Ken Dryden because he was a good hockey player. But now he’s just another pinko politician. To bad he's an (expletive deleted) Liberal.

RF:  I can learn so much from you, Don.  You have real experience.  You're a self-made man.  And you're such a sharp dresser.  I hope to be an icon like you someday.

DC:  No offense, Mr. Mayor, but I think you could use some fashion advice. Your suits are a little bit ill-fitting. Why don’t you give my tailor a call? I know everyone can’t be as stylish as me. But now that you’re mayor, Rob, you could spruce up your wardrobe.

DC. Like I said, I wore pink for all the pinkos out there on their bicycles and everything.

RF:  Don’t worry, Don. I’ll show them. Now that Rob Ford is mayor, the war on cars is over.  My motto is "Four wheels good, two wheels bad!"

DC : You tell 'em, Rob.  (Pause)  Hey, I have an idea. Why don’t we go for a beer at that there pub I like in Mississauga. I wonder what Mike Harris is doing these days. We could ask him to join us.

RF:  Good idea. We could sit around and bash all those European hockey players.

DC:  Now you’re talkin’. Nothin’ I like better than to hoist a few brewskies and bash those chicken Swedes. Then we can toast all those good Canadian boys, especially the ones from Kingston like Dougie Gilmour. Hey, Rob, you know why the Leafs can’t come up with a winning team? Too many Europeans like that goalie they got. What’s his name? Gustav... I can’t hardly pronounce it.  See what I mean, Rob.  We don't need them in the NHL.  Their names are too hard to pronounce.  And they take jobs away from good Canadian boys.

RF:  Yeah, I can't stand all those wimpy players who don’t want to fight.

DC:  Now you’re really talkin’ pal. This could be the beginning of a beautiful friendship, Robbie old boy. Too bad you’re not from Kingston. Ya know, I haven’t told many people this, but I have a dartboard and I throw darts at a picture of the winner of the Lady Byng trophy . . .

RF: Good for you Grapes. Hockey doesn’t need a trophy named after a lady. No wonder it’s the award for the most gentlemanly player. Ha! Ha! They should call it the Sissy Award.

DC (laughs loudly). Rob, my boy, are you sure you’re not from Kingston?

Note to readers : This has been written with tongue firmly in cheek.  It is not an authentic transcript however much it may sound like one. 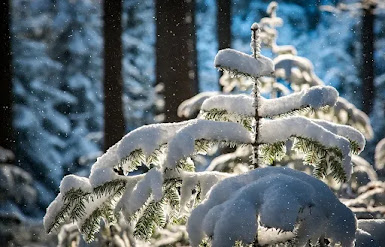