J.R.R. Tolkien and The Hobbit

In a hole in the ground there lived a hobbit. Not a nasty, dirty, wet hole, filled with the ends of worms and an oozy smell, nor yet a dry, bare, sandy hole with nothing in it to sit down on or to eat: it was a hobbit-hole, and that means comfort.

Today marks the 119th anniversary of the birth of J.R.R. Tolkien. John Ronald Reuel Tolkien was born on January 3, 1892 in Bloemfontein in the Orange Free State (now Free State Province, South Africa). He was an English writer, poet, philologist and Oxford University academic. Tolkien is renowned as the author of classic fantasy literature. His most famous works are The Hobbit, The Lord of the Rings and The Silmarillon.

“Ronald” Tolkien was a brilliant scholar of the English language and he specialized in Old and Middle English. In 1925 he became the Rawlinson and Bosworth Professor of Anglo-Saxon at the University of Oxford. He changed his chair in 1945 to Merton Professor of English Language and Literature, a position he held until his retirement in 1959.

One day, according to Tolkien’s own account, he was engaged in the task of grading examination papers when he discovered that one student had left a blank page. On this empty page, he proceeded to write, “In a hole in the ground, there lived a hobbit.” Those words led to a myriad of questions. Tolkien needed to figure out what sort of creature a hobbit was and why it lived in such a hole. In his search for answers, he created a tale that he told to his younger children. Tolkien’s story was published as The Hobbit in 1937.

J.R.R. Tolkien was appointed a Commander of the Order of the British Empire by Queen Elizabeth II at Buckingham Palace on March 28, 1972. He died on September 2, 1973 at Bournemouth, England. Ronald and his wife, Edith, had moved to Bournemouth upon his retirement in 1959. The master of fantasy literature was 81 years old at the time of his death.

What word in the English language has three sets of double letters? The answer is “bookkeeper.”

What do you get when you cross a snowman with a vampire? 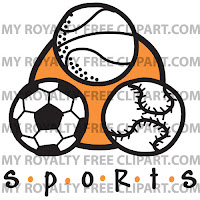 Team Canada continued its quest for gold with a 4-1 victory over Switzerland yesterday in the quarter-final of the World Junior Hockey Championship in Buffalo, New York. Today they face a tough test against the defending champions, Team USA. It should be an exciting game.

The battered and injury-laden Toronto Raptors tried gamely to compete against the Boston Celtics at the Air Canada Centre last night. The Celtics were just too much for them and they went down to defeat by a score of 93-79.