Hurricane Irene: Another natural disaster is no coincidence. It's climate change! 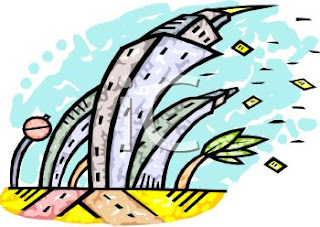 As I write this, Hurricane Irene is wreaking its havoc.  Here in Toronto, we are not in the path of this terrible storm.  We will escape Irene's wrath.  For that, I am eternally thankful.  Others, however, will not be as fortunate.  They will not escape the ire of Irene.  Sadly, many have already felt the impact this natural nightmare.  They have fallen victim to its voracious appetite for destruction.

Irene is yet another disaster in a record disaster year.  According to an article by Stephanie Pappas on the website LiveScience.com, the hurricane is poised to be the 10th billion dollar disaster of 2011, breaking 2008's dubious distinction of having a record number of billion-dollar disasters in a year.

In March of this year, Japan experienced the most powerful earthquake in its history.  Its recovery from that disaster will take years.  There is also a  humanitarian crisis in Eastern Africa of immense proportion.  Millions are in danger of starvation due to drought, particularly in Somalia.

According to a report realeased by the National Climatic Data Center (August 2011, prior to Hurricane Irene), damage from national disasters in the United States surpassed $35 billion this year.  While it is certainly true that populations have increased and property damage has become more costly, it is also true that the disasters have become more severe and more frequent.

Here in Canada, my own province of Ontario was recently hit by a tornado.  On the afternoon of August 21, 2011, a devastating storm touched down on the beautiful town of Goderich on the eastern shore of Lake Huron.  A 61-year-old man was killed and 37 others were injured.  Power lines fell and roofs were torn off houses.  Century old trees were uprooted instantly.

Along with summer floods and tornadoes, this year has been chalk full of natural disasters.  The impact on human lives and the economic costs are staggering.  The world has been reeling from one crisis to another.  The reason is climate change.  The evidence is mounting.  Climate change deniers refuse to believe it.  They don't want to believe it.  Perhaps, now that a hurricane has closed down New York City, the economic heart of America, maybe they'll think twice.  It's starting to hit close to home - right in their own wallets.  Unfortunately, it will take much more than the disastrous events of 2011 for those diehards  to see the light.