Thoughts of Renewal and Rebirth on Easter Sunday 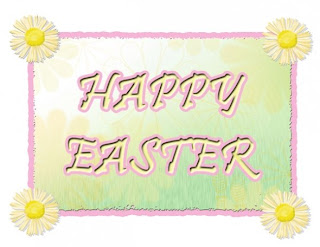 Today is Easter Sunday. Have you ever wondered how it is determined which Sunday this joyous celebration occurs?  Here's the answer.  Easter always falls on the first Sunday after the first full moon after March 21st.  This year, Easter takes places at the same time as the Jewish Passover which began on Monday March 25th  and ends on Tuesday, April 2nd.  This is quite fitting because Judaism and Christianity are forever linked. It should always be remembered that the Last Supper was a celebration of the Passover.

During Easter and Passover, the two greatest feasts of two of the world's great faiths, renewal and freedom are celebrated by Christians and Jews around the globe..  That is why Number 16 presents to you some thoughts and reflections on the themes of renewal, rebirth, freedom and triumph.


And so with the sunshine and the great bursts of leaves growing on the trees, just as things grow in fast movies, I had that familiar conviction that life was beginning over again with the summer.


There is no easy walk to freedom anywhere, and many of us will have to pass through the valley of the shadow of death again and again before we reach the mountaintop of desires.

Mandela is saying that we have to go through the wilderness before reaching the promised land.  There can be no Easter Sunday without a Good Friday.


Every single cell in the human body replaces itself over a period of seven years,  That means there's not even the smallest part of  you know that was part of you seven years ago.


The secret to a rich life is to have more beginnings than endings.


I, John, saw a new heaven and a new earth: the first heaven and first earth had disappeared now, and there was not longer any sea.  I saw the holy city, the new Jerusalem . . .


Then from those profound slumbers we awake in a dawn, not knowing who we are, being nobody, newly born, ready for anything, the brain emptied of that past which was life until then.  And perhaps it is more wonderful still when our landing at the waking point is abrupt and the thoughts of our sleep, hidden by a cloak of oblivion, have no time to return to us gradually, before sleep ceases. Then, from the black storm through which we seem to have passed (but we do not even say "we"), we emerge prostrate, without a thought a "we" that is void of content.


All that is gold does not glitter, not all those who wander are lost; the old that is strong does not wither, deep roots are not reached by the frost. From the ashes a fire shall be woken, a light from the shadows shall spring; renenwed shall be blade that was broken, the crownless again shall be king.


If you are renewed by grace, and were to meet your old self, I am sure you would be very anxious to get out of his company.


I love people.  I love my family, my children . . . but inside myself is a place where I live all alone and that's where you renew your springs that never dry up.

Posted by Joanne at 8:30 AM No comments: