6 Iconic Film Posters With The Cars That Could've Been

Here is something for car lovers.  The UK's Bristol Street Motors has recreated six of the most iconic car movie posters.  They feature cars that could have been famous, but didn't quite make the cut.  I hope you find it entertaining and informative, even if you are not an automobile enthusiast.

In some films, the cars can become bigger stars than the actors that drive them. The DeLorean DMC-12 from Back to the Future is iconic in it’s own right, but did you know the films could have turned out with completely different motor stars?

Bristol Street Motors have uncovered that iconic movie cars of the past weren’t always the original plan and have reimagined what the movie posters would have looked like if their alternatives were used. 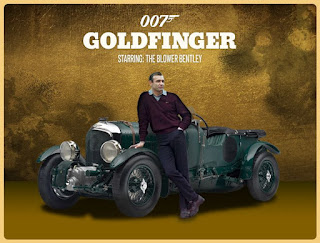 007 could have easily been driving a 1931 Blower Bentley instead of the now-iconic Aston Martin DB5 in the Goldfinger movie. Bristol Street Motors found that in the novels, Bond was something of a car nut and counted his treasured Blower Bentley as his own personal hobby.

As revealed by Top Gear’s 50 Years of Bond Cars special, author Ian Fleming received a letter from a fan one day encouraging the author to “have the decency to fix him up with a decent bit of machinery”, as the Blower Bentley was dated and over 20 years old.

Fleming gave Bond an Aston Martin DB3 for the Goldfinger novel, which updated to the classic DB5 when the movie was released 5 years later.

It was by pure chance that The Lincoln Futura made it into the Bond film, looking extremely futuristic back in 1966. 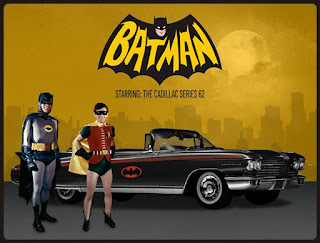 It was originally planned that the Batmobile was to be a 1959 Cadillac, but 20th Century Fox announced they needed something faster for Batman to drive. Hollywood car designer George Barris was hired but with just three short weeks until filming started, he bought the Futura and dawned it with Batman-esque features and fail fins, and the rest is history. 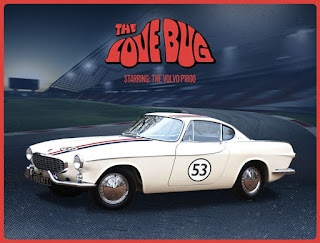 The Volkswagen Beetle, known as Herbie, found fame in The Love Bug but was close to never making it to the big screen at all.

The movie producers had no specific car in mind to star in the film, and so held a casting call. Car manufacturers could show their cars to Disney executives and crew who would be working on the movie. There were Toyotos, a TVR and the Volvo P1800 all in for a chance as playing Herbie.

During the audition, the Volkswagen Beetle was the only car to elicit an emotional reaction from the crew, with many of them reaching out to pet it. VW was offered the chance to feature their Beetle in the film as a result of this. 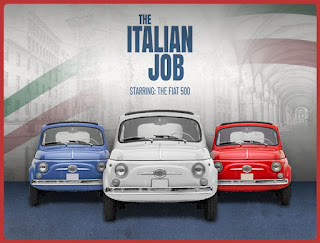 The Italian Job is known as one of the most iconic movies ever made. The movie was considered to be totally original upon its release. However, what people don’t know about is how close the Mini Coopers were to being replaced with Fiat 500s. The two cars have a close rivalry now due to their similar size and target audience, and back in 1969 it was similar.

According to Michael Deeley, the British Motor Cooperation sold the production three Mini Coopers at cost price but they had to buy an additional 30 for action scenes. Alternatively, Fiat boss Gianni Agnelli offered an unlimited supply of top-of-the-range Fait 500s for free. He also offered Deeley a Ferrari and $50,000 towards the picture. Upon consideration, Deeley couldn’t make sense of British Crooks driving Italian-produced cars in Italy, so decided to stick with Mini Coopers. 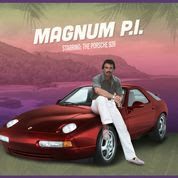 Originally, the 6 foot 4 actor Tom Selleck, who played the character of Thomas Sullivan Magnum lll, was supposed to be driving a Porsche 928. Unfortunately, Porsche refused to allow their car to be specially altered for the tall actor, and producers were forced to look for alternatives. Step forward Ferarri with their 308 GTS – they were happy to modify their car to house Selleck and the car became an icon. 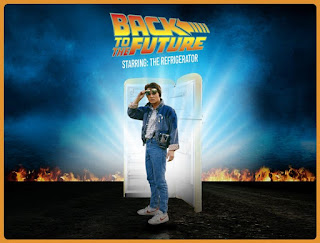 A firm favourite from our childhoods, fans will be surprised to know that the famous scene of Doc and Marty’s time-travelling Delorean disappearing in a line of smoke and fire almost never happened. Bristol Street discovered that in the first two drafts of the movie, a lead lined refrigerator took the role of the time machine. However, when mobility became an issue, co-author Bob Zemeckis dared to ask, “Wouldn’t it make more sense to build the time machine into a car?”

ristol Street Motors operate under the Vertu Motors Group.  Serving England from its local dealerships, it represents 14 of the world's major manufacturers as well as offering a wide variety of quality assured used cars across a range of the best-known car franchises.

March 1st is St. David's Day, the feast of the patron saint of Wales. Click on image for more information.