Henderson made a wild stab for it and fell. Here’s another shot! Right in front! They score! Henderson has scored for Canada! Henderson - right in front of the net! And the players and the team are going wild!

Today marks a very special anniversary for every red-blooded Canadian. On September 28, 1972, Paul Henderson scored THE GOAL. With a mere 34 seconds left in the game, Henderson scored the most famous goal in Canadian hockey history. Sidney Crosby’s goal at the Vancouver Winter Olympics this year was certainly special and will be long remembered. However, no goal will ever again have the impact and the drama of Paul Henderson’s goal that September day in Moscow. Thirty-eight years later, my skin still tingles when I hear Foster Hewitt’s voice describing that event. Foster came out of retirement to broadcast that Soviet-Canada summit series and I’m sure glad he did.

I was in high school on the day Henderson performed his heroics. We students were sent into a room to watch the game on a black and white television. Classes ended for day before Henderson scored his momentous goal. The television was turned off and I had to rush home to watch the remainder of the game.   As I hopped on the bus, my heart was heavy. There wasn’t much time left for Canada to win the game.

Unfortunately, I did not get home in time to watch Paul Henderson’s goal live on television. That was my only disappointment, but I got over it quickly and joined in the celebration with great gusto. There was jubilation across the land. It was Canada’s greatest hockey triumph and it can never be replicated. Back in 1972, the Russian hockey was unknown and mysterious. Canada’s hockey supremacy was being challenged by these Slavic upstarts. Our hockey pride was on the line and Paul Henderson restored it for us.

As I write this, I am looking at a painting of Henderson’s goal above my computer. The painting is based on the well-known Toronto Star photo of Henderson and Yvan Cournoyer celebrating the victory over the Soviets. Whenever I look at it, I am reminded that French-speaking and English-speaking Canadians can work well together.

To watch a video of Paul Henderson’s goal, click on the following link.

The Blue Jays continued their winning way as the season nears its end.  They defeated the New York Yankees by a score of 7-5 last night. The Jays prevented the Yankees from clinching a playoff spot. The Pinstripes will just have to wait.

Roy Halladay won his 21st game of the season and the Philadelphia Phillies are the National League East champions. Halladay is going to pitch in the playoffs for the first time in his career. We could see Doc in the World Series this year.

- Joanne
Posted by Joanne at 1:12 AM No comments: Links to this post 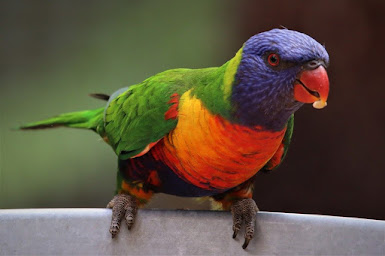