Another Memo to Conservative American Evangelicals

"The president of the United States attempted to use his political power to coerce a foreign leader (President Volodymyr Zelensky of Ukraine) to harass and discredit one of the president's political opponents (Joe Biden).  This is not only a violation of the Constitution; more importantly, it is profoundly immoral.

The reason many are not shocked about this is that this president has dumbed down the idea of morality in his administration.  He has hired and fired a number of people who are now convicted criminals (Paul Manafort, Michael Cohen and others).  He himself has admitted to immoral actions in business and his relationship with women, about which he remains proud.  His Twitter feed alone - with its habitual string of mischaracterizations, lies, and slanders - is a perfect example of a human being who is morally lost and confused."

Note: This is my second memo to American evangelicals.  I wrote my original memo on September 21, 2018  https://www.joanne16.com/2018/09/memo-to-american-conservative.html

Your support was critical to Donald Trump's electoral college victory in 2016.  You are a prime reason why he sits in the Oval Office today.  Donald Trump chose Mike Pence as his vice-presidential running mate in order to attract your votes.  He is depending on your votes in order to win re-election in 2020

I have some questions for you and I trust you will reflect carefully as you answer them privately.  As you well know, the main tenets of Christianity are to love God and to love your neighbour as yourself.  Christ clearly set out those two commandments.  So, I ask you honestly to consider whether Donald Trump has lived up to those commandments in his words and deeds.  No one is perfect, but surely the president of the United States cannot be allowed to behave in a profoundly immoral manner.  His tweets are full of name-calling, insults and bullying.  He belittles anyone who disagrees with him.

Here are some points to consider:

* Prior to the 2016 election, released The Washington Post released a 2005 video in which Donald Trump bragged about molesting women in a conversation with Billy Bush.  Many people were surprised that this video did not immediately put an end to Trump's candidacy for president of the United States.  20 of 30 years ago, he would have had to end his presidential campaign due to that video.

* Donald Trump has called Mexicans "rapists and criminals" and treated them with utter contempt.  Is that an example of loving your neighbour?  Trump has separated innocent Central American migrant children from their parents and placed them in detention camps.  That is unconscionable. It is monstrous and barbaric.  Jesus said, "Suffer little children to come unto me and forbid them not: for such is the kingdom of heaven"  He did not say only some children.  He meant all children. 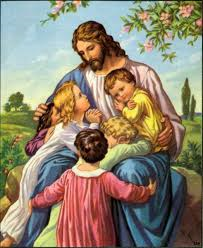 * Trump has removed environmental protections.  He  encourages the use of fossil fuels and he took the United States out of the Paris Climate Accord.  In the Book of Genesis, God grants humans stewardship over the earth.  "Then the Lord God took the man into the Garden of Eden to cultivate it and keep it." Genesis 2:15.

Trump ignores science.  He won't do anything about the climate crisis.  The climate crisis is a moral crisis and it threatens the very survival of our planet.  We are running out of time and the world cannot afford another four years of Donald Trump.

* Donald Trump is not the "chosen one" as some of his followers profess him to be.  God did not grant him the right to be president of the United States.  He is not some kind of king or messiah.  Is he invoking the ancient "divine right of kings," by which kings were chosen by God to rule?  Does he consider himself some kind of messiah? (The thought is sickening).  Yet, Trump behaves like a cult leader and his supporters practically worship him.  They are afraid to cross him.  The First Commandment says "Thou shall no other gods but me."

* Trump brags that the American economy has never been as good under his administration.  Well that may be, if you are a billionaire or well off enough to invest in the stock market.  The Trump economy does nothing for lower income Americans.  It does nothing for those trapped in low paying jobs.  It does nothing for those who do not have health insurance.  It only increases the widening gap between haves and have nots.  That is not social justice.  That is not Christianity at work, since Christ was a champion of the poor and the marginalized.  Christ did not demonize the poor.  He said, "Blessed are the Poor."

Anyone who claims to be a Christian cannot in good conscious support Donald Trump.  Trump must be held accountable for his behaviour because nobody is above the law.