Meditations at Home During the Pandemic #1 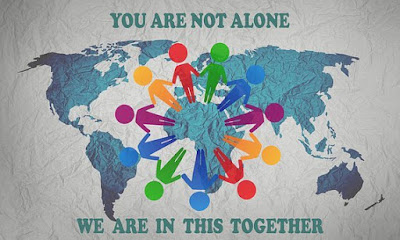 This is the first in a series of meditations while I am at home during the COVID-19 crisis.

One of my favourite compositions is "No Man Is an Island," written by the great English scholar and poet John Donne.(1572-1631).  "No Man Is an  Island" is an  extract from a work of prose entitled Devotions upon Emergent Occasions, and several steps in my sickness.  Devotions was written while Donne was suffering from a life-threatening illness.  In 1623, according to Encyclopaedia Britannica, he came down with what was believed to be "relapsing fever or typhus."

During the time of his illness, Donne was isolated at home, just as we are today.  He did some deep soul searching.  He reflected on the similarities between his physical and spiritual afflictions, resulting in the publication of Devotions upon Emergent Occasions in 1624.   Devotions is divided into 23 parts, each containing three subsections, namely the "mediation" "the expostulation" and a prayer.  Each of the 23 parts reflects Donne's thoughts and feelings on a single day of his sickness.  The 17th Devotion or "Meditation XVII" includes the oft-quoted phrases "No man is an island" and " . . . for whom the bells toll."  Inspired by Donne's words, American writer Ernest Hemingway titled  his classic 1940 novel For Whom the Bell Tolls.

Below is a painting of John Donne by Isaac Oliver, an English portrait miniature painter. 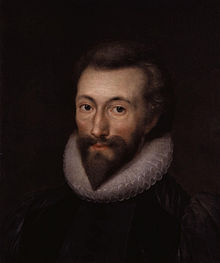 John Donne's words couldn't be more appropriate during this chaotic time in human history.  Although Donne wrote "No man is an island," in the 17th century, his words are just as meaningful in the turbulent 21st century.  Our world is too divided and our politics are too partisan.  Ultra-nationalism is a moral disease.  Slogans such as "America First" are but the stepping stones to disaster.

There is nothing wrong with self-reliance and individual responsibility per se.  In fact, those are laudable traits.  However, unless those traits are accompanied by a sense of community and a connection to others, there will be severe social inequality, selfishness, unfettered capitalism, Trumpism and greed.  That's why I believe that far-right leaders and their followers are leading us down a very perilous path.  There is only one world and countries are unwise to try to fence themselves in.


No Man Is an Island


No man is an island,
Entire of itself;
Every man is a piece of the continent,
A part of the main.
If a clod be washed away by the sea,
Europe is the less,
As well as if a promontory were:
As well as if a manor of thy friend's
Or of thine own were.
Any man's death diminishes me,
Because I am involved in mankind.
And therefore never send to know for whom the bell tolls;
It tolls for thee.


The world would be a better place if more people took those words more seriously.

Posted by Joanne at 4:55 PM No comments: