Hey, young people of Canada! You have the power. Here are 8 good reasons why you should vote today. 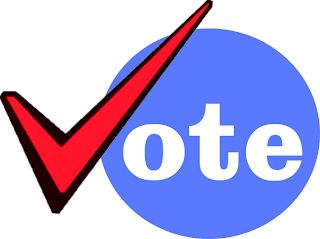 Today is election day in Canada. If you are planning to vote, I commend you. The majority of you who are 18 to 25, however, are not planning to do so. If I were to ask you why, you would come up with a myriad of excuses. I have heard them all.and I am well aware of all the broken promises and the corruption involved in the political process. Yet, by declining to vote, you are not going to make the situation any better. Politicians deal with issues and problems that affect your everyday lives. Don’t give up your right to a say in these matters. There is nothing wrong with a dose of healthy skepticism. In fact, it is admirable and should be encouraged. However, apathy and cynicism are not the answer. So, if you require some good reasons to vote, here are eight of them:

1. By exercising your franchise, you are participating in something precious and special – democracy. Voting is the cornerstone of democracy.

2. When you cast your ballot, you are effectively serving notice to the politicians that they have to answer to you for their actions. You are demonstrating that you have the power to vote them in or out of office. Even if you throw out one set of scoundrels for another, you are sending a worthwhile message and performing an important service.

3. By voting, you are experiencing and participating in something for which millions of people would risk their very lives for the opportunity to do. You are doing what much of the world’s population will never be able to do in their lifetime. The sad fact is that much of humanity is prevented from voting in free elections. Millions of people are denied a choice, a democratic right that we often take for granted. Just ask someone who has lived under a dictatorship.

4. You are the future and eventually your children will inherit the country you have left behind. By voting, you are demonstrating that you care about the generations that will follow you. You may be young and healthy right now but someday the state of our health care system will really matter to you. Someday you may have a disabled child or an ailing parent.

5. Your vote matters. Elections can be won or lost by extremely small margins.

6. Democracy must be nurtured and nourished. Elections are democracy’s dinner, its sustenance. Without citizen participation, democracies wither and die, and as the song goes, “You don’t know what you’ve got till it’s gone.”

7. Low voter turnout can lead to electoral success for extremists and give them power and influence the majority of people don’t want them to have. A case in point is the racist National Front party in France.

8. The voice of Canadian youth needs to be heard. You have concerns. You have interests. Perhaps they are only concerns that affect you personally, such as the high cost of tuition fees. You may say that the politicians never talk about what interests you. Well, get out and make them address your concerns - but never forget that you are part of a community. You should also be concerned about the welfare of your fellow citizens. Remember that your interests and those of others will not be heard if you remain silent.  Let your voice be heard today!

If this posting persuades even one young person to vote, it will have been worthwhile.