Robert Frost and the road he took: His meeting with Khrushchev in 1962

I shall be telling this with a sigh
Somewhere ages and ages hence:
Two roads diverged in a wood, and I -
I  took the one less traveled by,
And that has made all the difference. 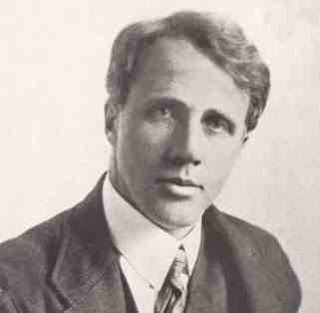 Today is the 137th anniversary of the birth of Robert Frost, one of my favourite poets. Born Robert Lee Frost in San Francisco on March 26, 1874, he was the son of William Prescott Frost, the editor of the San Francisco Evening Bulletin, and Isabelle Moodie, a homemaker. Robert’s early years were difficult. His father died of tuberculosis in 1885 when he was 11 years old. Left with very little money, the family moved to Lawrence, Massachusetts with the support of William Frost, Sr. (Robert’s grandfather). In 1892, young Robert graduated from Lawrence High School and shared valedictorian honours with Elinor Miriam White, his classmate and future wife.

Robert Frost sold his first poem, "My Butterfly: An Elegy," for $15. It was published in the New York Independent on November 8, 1894 after which he proposed marriage to Elinor White. They wed on December 19, 1895. The first of their six children, a son named Elliott, was born on September 25, 1896. The following year, Robert entered Harvard University to study liberal arts. In 1899, he dropped out of Harvard without finishing his degree and returned to Lawrence, Massachusetts to support his growing family. On April 28, 1899, the Frost’s second child, and first daughter, Lesley was born.

Lesley Frost Ballantyne died in 1983. It is interesting to note that of the six Frost children only Lesley and her younger sister Irma outlived their father. Elliott Frost, the eldest child, died of cholera on July 8, 1900, about two months before his fourth birthday. After Elliott’s death in October of 1900, the Frosts moved to a poultry farm in Derry, New Hampshire that was purchased for Robert by his paternal grandfather. Their third child, a son named Carol, was born on May 27, 1902. Sadly, Carol Frost committed suicide in 1940 at the age of 38.

On June 27, 1903, Elinor gave birth to the fourth Frost child, Irma. Irma was committed to a mental hospital in 1947 and died about twenty years later in 1967 (There appears to have been a strain of mental illness among the Frosts as Robert’s sister Jeanie died in a mental hospital at the age of 52, on September 7, 1929).The family’s fifth child, Marjorie, was born March 29, 1905. She died on May 2, 1934 at the age of 29, of puerperal fever after childbirth.

Robert Frost and his family moved to Britain in 1912, living first in Glasgow, Scotland and later in Beaconsfield, outside of London. His first collection of poetry, A Boy’s Will, was published in 1913. He followed that with a second collection titled North of Boston, published the following year. Both were well-received and successful. During his years in Britain, Robert Frost became friends with such literary notables as Ezra Pound and Edward Thomas.

In 1915, as World War I raged, the Frost family returned to the United States, purchasing a farm in Franconia, New Hampshire. This former Frost homestead is now a museum dedicated to Robert Frost. It is called The Frost Place and is also a centre for poetry and the arts.

Frost’s "The Road Not Taken" was first published in 1916 in a collected titled Mountain Interval. It is not a long poem as it consists of only four stanzas, but it is one of Frost’s most well-known and oft-quoted works. Its theme, about the choices and paths in life, resonates strongly with many people. The poem is provocative and open to interpretation. The speaker sighs about the path he has chosen, but is it a sigh of contentment and relief, or is it a sigh of regret? Is The Road Not Taken a stirring rejection of conformity? Does it advocate individualism and self-reliance?

Of "The Road Not Taken," Robert Frost stated, “You have to be careful of that one; it’s a tricky poem – very tricky.” According to Frost, the poem was written about his friend Edward Thomas. The two men had often walked in the woods near London. Frost said that during their walks, Thomas would fret about the path they had followed and speculate about what they had missed by not choosing the other path.

In 1920, the Frosts relocated to Shaftsbury, Vermont. They resided in a home named Stone House, but retained the farm in Franconia as a summer home. In 1923, Robert was honoured with the first of his four Pulitzer Prizes for a collection of poetry entitled New Hampshire. The collection included “Walking By Woods on a Snowy Evening,” which gained him much recognition and acclaim. The famous final lines of the poem have been quoted by politicians such as John F. Kennedy (during the 1960 presidential election campaign) and Canada’s Pierre Elliott Trudeau. In February of 1980, Trudeau ended his electoral victory speech with Frost’s ”But I have promises to keep/And miles to go before I sleep.”

Frost went on to win his second Pulitzer Prize in 1931 for his book Collected Poems. He won his third Pulitzer for a poetry collection called A Further Range in 1937.  His fourth and final Pulitzer Prize was awarded to him in 1943 for A Witness Tree.

On March 20, 1938, Elinor Miriam White Frost, Robert Frost’s wife of 42 years, died of heart failure in Gainesville, Florida  at the age of 65.  In 1941, the widowed poet purchased a house on Brewster Street  in Cambridge, Massachusetts.  It became his home for the remainder of his life.  He lived alone there but enjoyed the companionship of his dog, a black-and-white Border collie named Gillie.

In 1943, Frost began a six-year appointment as the George Ticknor Fellow in the Humanities at Dartmouth College in New Hampshire.  The fellowship included a stipend of $2,500 and $500 for expenses,  Back in 1892, at the age of 18, Frost had entered this same Ivy League university as a student.  Bored with college life, the young man had abandoned his studies at Dartmouth within several months.

At the age of 86, Frost was invited to perform a reading of his poetry at the inauguration of John F. Kennedy on January 20, 1961. Due to the strong sunlight, he was unable to read “Dedication,” the poem he had prepared for the occasion. Instead, he recited “A Gift Outright” from memory, a poem he described as “a history of the United States in a dozen (actually 16) lines of blank verse.”

To listen to Robert Frost as he recites "A Gift Outritght," click on the link below.

In 1962, at the urging of JFK, Frost accepted an invitation from Soviet Ambassador to the United States, Anatoly Dobrynin, to meet with Soviet leader Nikita Khrushchev. On August 30, a frail and elderly Frost embarked on a goodwill tour of the Soviet Union. For most of the trip, his meeting with Khrushchev was in doubt. Near the final days of his tour, he received word that the meeting had been arranged. Determined to meet the Soviet leader, an excited Frost flew to Crimea to meet with him at the premier’s summer resort on the Black Sea. When the 88-year old poet fell ill with severe stomach cramps, there was talk about cancelling the meeting. Frost, however, insisted that it take place – and it did!

At the height of the Cold War, on September 7, 1962, Robert Frost discussed U.S. Soviet relations with Khrushchev at Frost’s bedside in the guest house where he was resting. The two men conversed for an hour and a half and Frost told the Soviet leader that “A great nation makes great poetry, and great poetry makes a nation.” During the course of their discussion, the aged poet even implored Khrushchev to reunite East and West Berlin. Not surprisingly, the premier declined, telling Frost that it was important for the Soviet Union to maintain the status quo.

Robert Frost died in Boston on January 29, 1963 of complications from prostate surgery at the age of 88. After learning of his passing, then-President Kennedy said, “The death of Robert Frost leaves a vacancy in the American spirit.” He great poet was buried at the Old Bennington Cemetery in Bennington, Vermont. He wrote his own epitaph. It reads, “I had a lover’s quarrel with the world.”