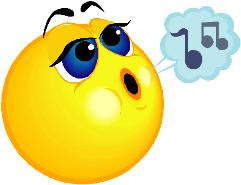 Today, as we celebrate the summer solstice, Number 16 presents an 11-question quiz on summer music and summer songs.  Why don't you test your knowledge.   Good luck!

1.  The song "Summer Nights" comes from which musical?

A  West Side Story

B.  The Music Man

Though we've got to say
Goodbye for the summer
Baby, I promise you this
I'll send you all my love
Every day in a letter
Sealed with a kiss

3.  Name the song that begins with the following words:

4.  Remember the song "Summertime Blues?"  Here is the first verse:

I'm gonna raise a fuss, I'm gonna raise a holler
About a workin' all summer just to try to earn a dollar
Every time I call my baby, and try to get a date
My boss says, "No dice son, you gotta work late"
Sometimes I wonder what I'm a gonna do
But there ain't no cure for the summertime blues

When was "Summertime Blues" originally released?

5.  Which of these artists recorded the original and most well-known version of "Summertime Blues?"

6.  What is the name of the 1991 summer rap song recorded by DJ Jazzy Jeff & The Fresh Prince.

7.  Do you remember these lyrics?

Callin' out around the world
Are you ready for a brand new beat?
Summer's here and the time is right
For dancin' in the streets
They're dancin' in Chicago
Down in New Orleans
Up in New York City . . . 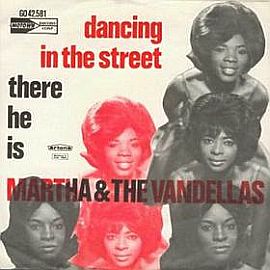 A.  Holland-Dozier-Holland (Lamont Dozier and brothers Brian and Eddie Holland)

8.  Who recorded the classic summer song "Hot Fun in the Summertime?"

B.  The Beach Boys

C.  Sly and the Family Stone

D.  The Mamas and the Papas

9.  Which summer song was written as the theme for a 1958 film starring Sandra Dee and Troy Donahue?


A.  Theme from Summer Love

B.  Theme from  A Summer Dream

C.  Theme from A Summer to Remember

E.  Theme from A Summer Place

10.  Who recorded the most popular version of "Theme from a Summer Place?"

11.  Who wrote and recorded the song "Summer Fling?"  (This is your bonus question so give yourself an extra point if you answer it correctly) 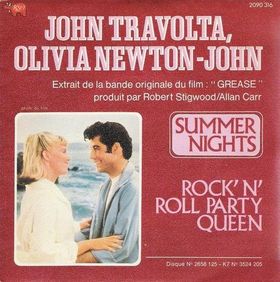 The song "Summer Nights" comes from the 1971 musical Grease by Jim Jacobs and Warren Casey.  In the 1978 film version of Grease, it was sung by John Travolta and Olivia Newton-John.

Brian Hyland had a hit with "Sealed with a Kiss" in 1962.  The song was written by Peter Udell and Gary Geld and it was originally recorded as a single in 1960 by The Four Voices.  Gary Lewis and the Playboys released a cover of  "Sealed with a Kiss" in 1968 and in 1972, Bobby Vinton released yet another version.  The Bobby Vinton recording was featured in the trailer and end credits of  the 2006 American horror film All the Boys Love Mandy Lane.

Brian Hyland, who will turn 70 years old in November, still tours with his son Bodi.

The song "Summer Breeze" begins with those words.  It was a hit for a pair of Texans named Seals and Crofts when it was released in August of 1972.  Here is the chorus of the song:

"Summertime Blues" was co-written in the late 1950s by American rockabilly singer Eddie Cochran and his manager Jerry Capehart.  Cochran recorded the song and released it as a single in 1958.  It is interesting to note that among the many artists who have done cover versions of "Summertime Blues" are Alan Jackson, The Who and Blue Cheer.

"Summertime" is the name of the 1991 rap song recorded former by former hip hop duo DJ Jazzy Jeff & The Fresh Prince.  DJ Jazzy Jeff's real name is Jeffrey Allen Townes and The French Prince is now better known as actor Will Smith.  The pair, from West Philadelphia, Pennsylvania, were introduced to each other in 1985 and their first album, Rock the House, was released in 1986.

To watch a video of DJ Jazzy Jeff & The Fresh Prince performing "Summertime," click on the link below.

The song "Dancing in the Street" was composed by  R&B vocalist Marvin Gaye and Motown record producer William "Mickey" Stevenson.  It was originally intended for singer Kim Weston, Stevenson's then-wife.  When she passed on the song, Martha and the Vandellas recorded it instead.  Stevenson and Gaye agreed to lead singer Martha Reeves' request to arrange her own vocals to suit the song and they also called in Motown songwriter Ivy Jo Hunter to assist with the recording.

Marvin Gaye died tragically on April 1, 1984 at the age of 44 after being shot to death by his own father following an argument over lost business documents.  Mickey Stevenson, who produced "Dancing in the Streeet," left Motown Records over a dispute in January of 1967.  Stevenson's last big hit for Motown was "It Takes Two," a 1966 duet between Gaye and Kim Weston.

Sly and the Family Stone, an influential band from Vallejo, California, recorded "Hot Fun in the Summetime."  It was released as a single in 1969 after the band's celebrated performance at the Woodstock Music Festival in August of that year.  Some have interpreted the song as a satire of the summertime race riots of '69 rather than a happy summer tune.

The music of Sly and the Family Stone reflected a mixture of the soul, rock, funk and psychedelic sounds of the 1960s.  The group was founded by Sylvester Stewart, now 70, who changed his name to Sly Stone while a radio disc jockey.

Sandra Dee and Troy Donahue starred the as the star-crossed lovers, Molly Jorgenson and Johnny Hunter, in the 1958 romantic drama A Summer Place.  Hugo Winterhalter recorded the theme for the film and it was originally known as the "Molly and Johnny Theme." 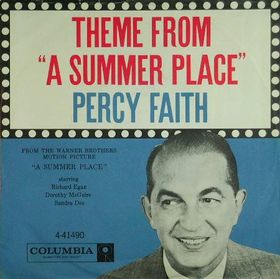 The most popular version of  "Theme from A Summer Place" was recorded by Percy Faith.  His instrumental version was number one on the Billboard Hot 100 singles for nine consecutive weeks in early 1960.  He won a Grammy Award for Record of the Year in 1961 for his recording.

Faith, a Canadian bandleader, conductor and composer, died of cancer on February 9, 1976 at the age of 67.  He was known for his beautiful arrangements of pop and Christmas standards.

Billy Vaughn also recorded an instrumental cover version of "Theme from a Summer Place" as the title track for his hit 1960 album.  Vocal cover versions of the song were recorded by Andy Williams in his 1962 album Moon River, Cliff Richard in his 1965 album Love is Forever and The Lettermen in 1965.

"Summerfling" was written by k.d. lang and Dave Piltch for k.d.'s album Invincible Summer, which was released by Warner Brothers Records in 2000.